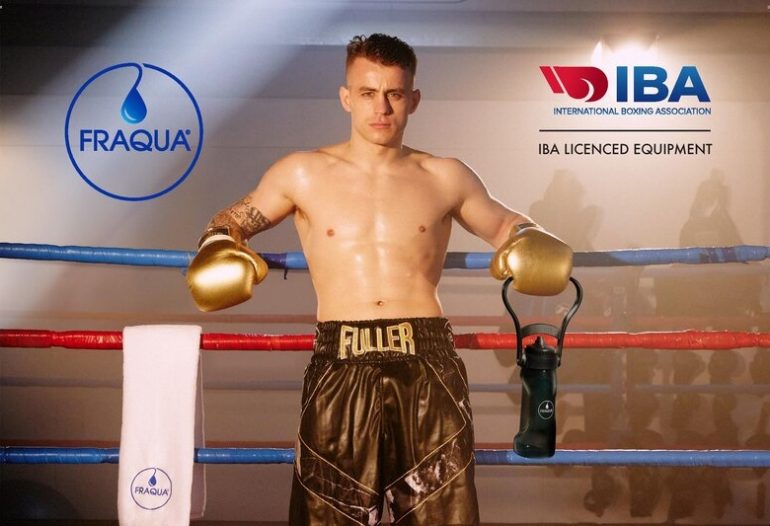 This ergonomically designed counterbalance bottle ensures steady control with a one-way bite valve to ensure you never lose a drop!

The wider base ensures it always sits upright when placed down and the narrowcentre makes it easy to lift and hold when without gloves.

Liquid intake is easily tracked via water level markers positioned on the rear of the bottle. Visit www.fraqua.com or contact us at [email protected].

The Ring: The bottle is the first to be licensed by IBA (International Boxing Association). How did that come about?

Lena Ripley: “We reached out to them in August last year because we were trying to push the product, but then I noticed that they do licenses. I thought, ‘let’s give it a go’ because it’s a product that’s aimed at the boxing industry. It went from there, and we’ve now got the accreditation that the product deserves. It’s amazing how it’s ended up going.” 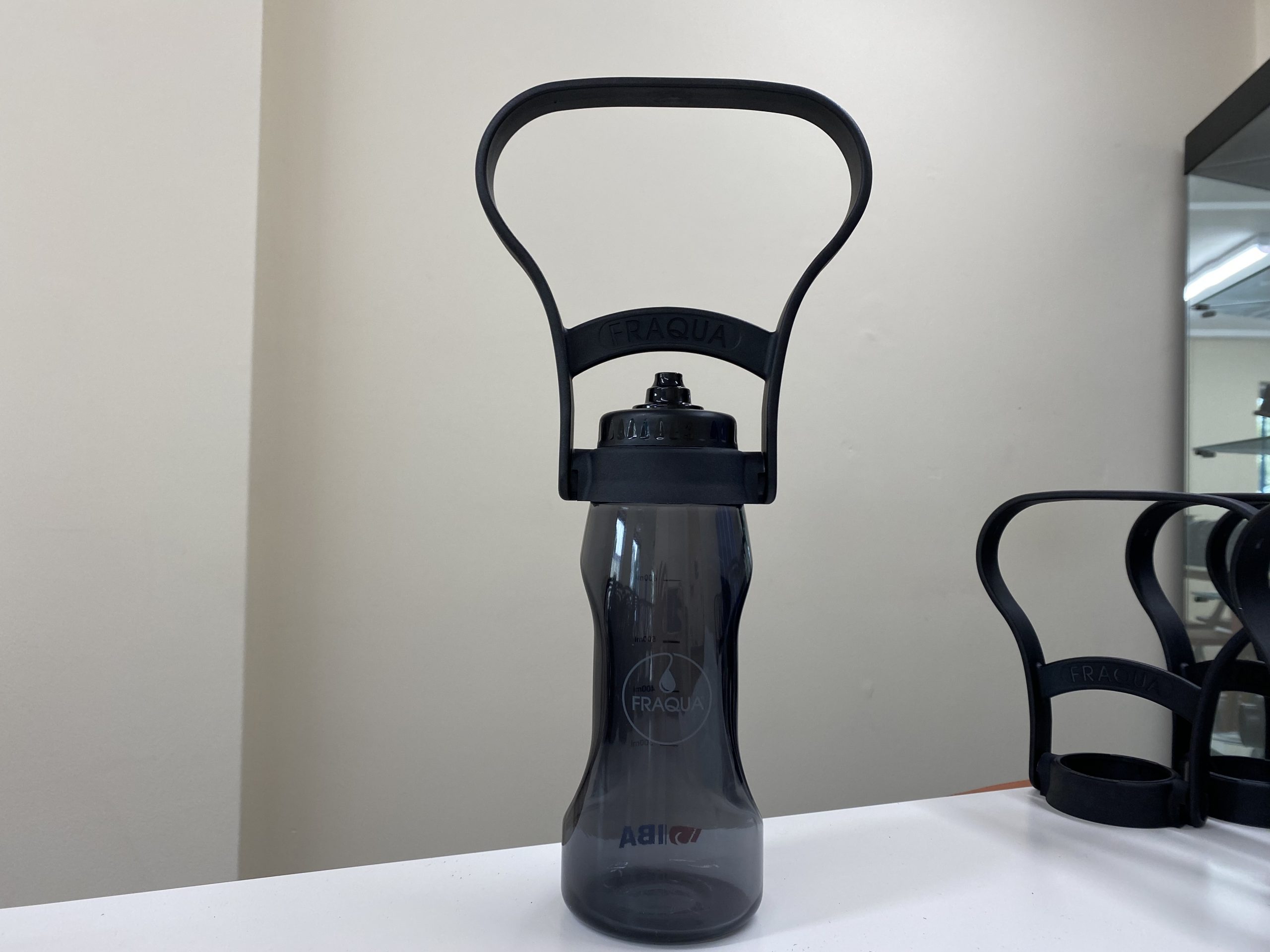 The Ring: What was the genesis behind the bottle being created?

LR: “My oldest boy, Frank, was eight when he decided that he was going to be a boxer. He’s been punching things since he was two years old. Anyway, we come from a boxing family, so I signed him up to the local boxing gym, which is called ‘Rumbles Boxing Academy’ in Sittingbourne, Kent, England. Frank would do one-on-ones with the trainer there, Charlie Rumble, who has been in the sport of boxing since he was a kid and is now in his late 60’s. He’s the best of the best in Kent and that’s why we went there.

“The idea for the bottle came when Frank said he wanted a drink of his own. He didn’t want me or a trainer giving him a drink, and he didn’t want to struggle to take his gloves off between rounds. So we looked around for a bottle that he could use while wearing gloves and there was nothing out there. Frank said, ‘Well, why can’t we make our own?’

“Initially, we made something out of an old water bottle – zip ties, plenty of Gorilla Glue, but then we came up with the idea that the bottle needed a loop (where the glove could go through). We decided to go through product testing, plenty of R&D, prototypes, until we got to the point where we were happy with the product. It’s all made in the U.K. and everybody seems to be liking it. It’s the first ever water bottle that enables someone to pick up with boxing gloves on, and it’s the fastest way to hydrate when gloved up.

“The entire project took five years to come to fruition, due to patenting, design protecting and finding the right manufacturer. We didn’t want to cut corners. And it was Frank that came up with the name ‘FRAQUA.’ The first two letters are his initials (Frank Ripley] and then the word ‘Aqua,’ so it makes one word. We added the loop on the logo because the bottle has a loop, and it’s got the water droplet, so that’s the story behind the name and design.

“My youngest son, Traton, has got mild cerebral palsy and learning difficulties, and he can pick up the FRAQUA bottle. He comes down the gym once or twice a month, just to help him with his coordination and things. He uses the bottle and absolutely loves it. So there’s scope for disability teams to use it as well as big-glove sports.

“At some point, we’re going to descale the size of the bottle & handle. That’s to allow people with hand disabilities, cerebral palsy, stroke victims, MS sufferers to drink unaided. The medical bottles currently on the market are very dated and haven’t changed since the 1970s.

“But the driving force behind all of this was Frank. It’s gone from an idea into us making something ourselves into a product that’s now being manufactured. It’s a bit of a dream and it’s been an amazing journey. Frank has always had the aim to produce the Rolls Royce of water bottles; quality was always top of the list.”

The Ring: It’s incredible that Frank has had such vision at an early age.

LR: -To think that a nine-year-old amateur boxer came up with an idea that would become IBA licensed is ground-breaking. Frank’s now 14 and is looking forward to seeing the brand grow. What an achievement for a young man. Frank has always worked hard at everything he’s done: schoolwork; putting time and effort into FRAQUA; getting up for the past six years at 4 a.m., twice a week, to train at the boxing gym before he goes to school. He gives 100-percent in everything he does.

The product is revolutionary and indispensable

The Ring: What feedback have you had since the bottle went on the market?

LR: “We’ve had really good feedback, but we needed the IBA license to push the product. We didn’t want to just jog along and take forever to get somewhere. We wanted to try and propel the brand forward quickly. IBA said, ‘Look, we haven’t found another water bottle on the market. The product is revolutionary and indispensable.’ That’s the reason why they’ve given us the license – it’s well made and the new ones are amazing.

The Ring: There must be a real sense of fulfillment?

LR: I’m just a mother that supported my son’s dream and I’m very proud to say that I’m his mum.

The Ring: Where do you ship?

The Ring: Are there any discounts available?

The Ring: Your target buyers are obviously boxers, but the bottle extends beyond that, right?

The Ring: What other goals and ideas do you have for the product going forward?

“The other thing we want to do is create an exclusive energy gel with electrolytes that’s designed specifically for boxers. You would put water in the FRAQUA bottle and then tip the gel straight to it.

“The important thing right now is we’re growing and we will continue to grow.”