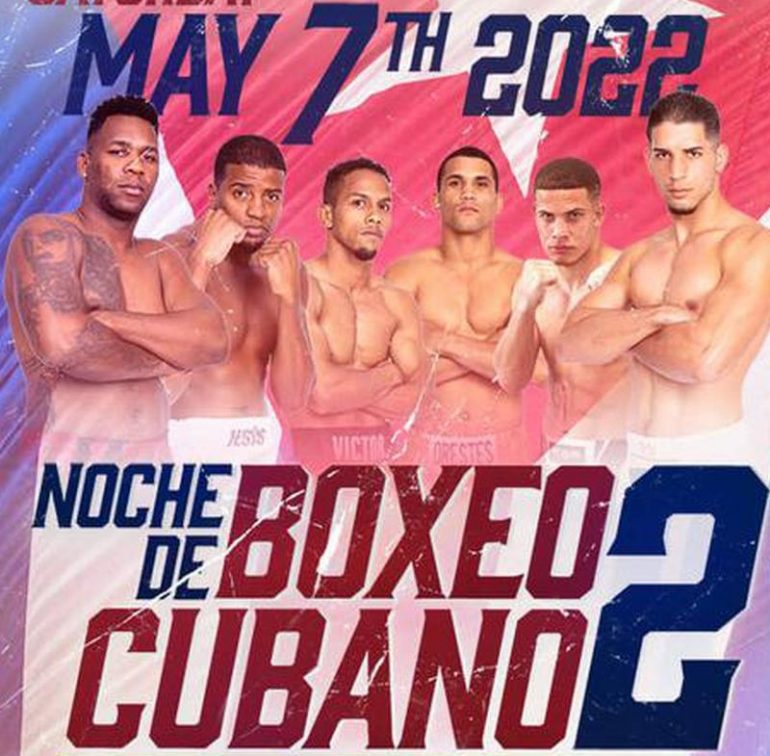 Lenier Pero vs. Hector Perez
06
May
by Francisco Salazar

Lenier Pero is eager to add his name to the mix of young heavyweights hoping to take the next significant step forward.

The unbeaten heavyweight prospect will face Hector Perez, Saturday night, at Hialeah Park Racing and Casino, in Hialeah, Florida. The 10-round bout will take place on a Warriors Boxing Promotions card that will stream live on FITE.tv ($13.99, 7 p.m. ET/ 4 p.m. PT).

Pero (6-0, 3 knockouts), who now resides in nearby Miami, defeated Geovany Bruzon by unanimous decision, on January 1, in a clash of unbeaten heavyweights. The win over Bruzon was the US debut of Pero, who is originally from Camaguey, Cuba, and has fought his first fights as a pro in Argentina, Colombia and Germany.

The 29-year-old is set to face Perez, who has lost his last two fights. Shane Shapiro, who represents Pero along with Warriors Boxing, confirmed that Saturday night is a stay-busy fight for Pero, who could take a significant step up in opposition.

“He should be able to get by his opponent and then we’ll see what we can do next,” Shapiro told The Ring Thursday. “I would like Lenier to face someone like Gerald Washington, Michael Coffie or Johnny Rince. These are fighters boxing fans know of and who we believe Lenier can defeat.”

Shapiro manages both Pero and Bruzon.

Pero, a 6-foot-4 southpaw, is trained by Pedro Roque and has defeated a fighter boxing fans know too well, unbeaten heavyweight Frank Sanchez. Pero beat Sanchez multiple times in the amateurs and Shapiro believes he can defeat him again in the pro ranks.

“Not a lot of fighters can say they beat Frank Sanchez six times in the amateurs,” said Shapiro. “Lenier gives me confidence he can do it again or face and defeat other modest heavyweights.”

Perez (7-4, 3 KOs), who is originally from Puerto Rico and now resides in Tamarac, Florida, most recently fought on March 26, losing by unanimous decision to unbeaten Norman Neely. In his previous fight in July 2020, Perez lost by stoppage in the opening round to unbeaten Jared Anderson.

Light heavyweight Isaac Carbonell (5-0, 4 KOs), another Cuban-born fighter based in Miami, will face Jose Medrano (5-6, 2 KOs), of Tlaquepaque, Mexico, in a six-round bout.