New Monday night fight series from Tijuana begins streaming on FITE.TV on May 9 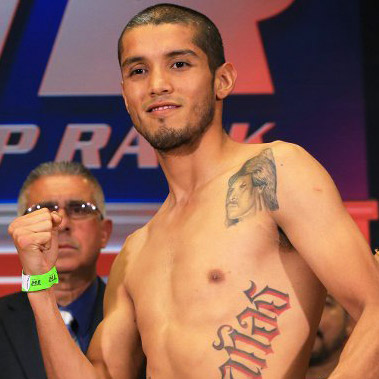 Former Ring-rated lightweight Antonio Lozado returns on May 9 in Tijuana.
05
May
by Ring TV

‘The Rising,’ a new Monday Night Fight Series from Grupo Caliente in Tijuana, Mexico, begins its debut global broadcast on FITE.tv on May 9, Triller Fight Club announced on Wednesday.

The May 9 eight-bout card kicks off a full fight week of events leading up to Triller Fight Club’s TrillerVerz 5 on Saturday, May 14, at The Forum in Inglewood, California.

“We are thrilled to partner with No Puedes Jugar Boxeo and Grupo Caliente as we expand our global reach,” said Mahi de Silva, CEO of Triller. “Triller Fight Club is poised to develop shows and events with exceptional fighters at landmark stadiums and arenas throughout Latin America and Mexico.”

The inaugural May 9 broadcast will feature special guest Fernando ‘El Feroz’ Vargas, the two-time junior middleweight titleholder, who will be guiding his three sons Fernando Jr., Amado, and Emiliano into the ring at TrillerVerz 5. Broadcasters on the event include former 122-pound champ Israel ‘Magnifico’ Vazquez and Ernesto Amador, a leading boxing commentator for over three decades of No Puedes Jugar Boxeo Promotions.

Headlining the boxing event on May 9 in a 10-round lightweight clash, Antonio Lozado (40-5-1 34 KOs), of Baja California, battles Eduard Leonel (9-2-1, 4 KOs), of Aguascaliente, Mexico. Lozado is best known for his upset knockout victory over then-undefeated prospect Felix Verdejo in March 2018.

A unique feature attraction will see Justin Mayweather (6-0, 5 KOs) competing in a four-round junior middleweight bout against an opponent to be announced. Justin is the son of former contender Jeff Mayweather and nephew of Floyd Mayweather Sr.