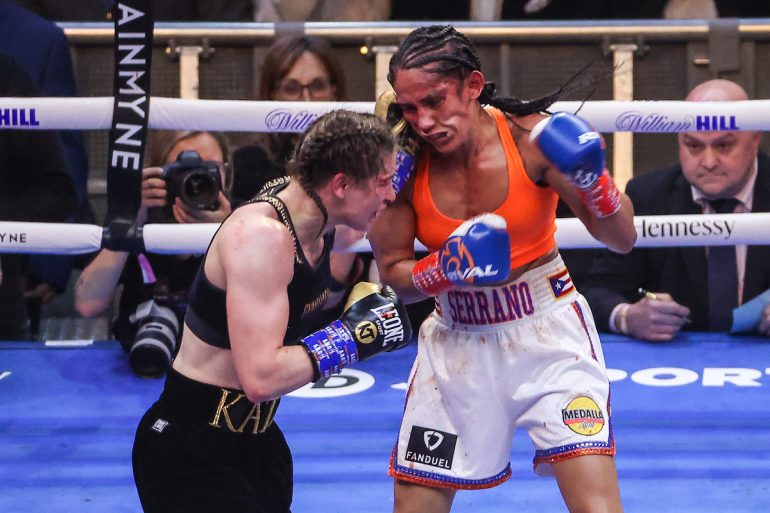 The biggest fight ever in women’s boxing is now part of the history books, and some of the stories that will emerge from that fight will continue to be written for many years.

The fabulous lightweight championship bout that took place in New York’s Madison Square Garden on May 2, 2022 will remain in our memories for a long time.

Champion Katie Taylor held on to her Ring belt and her four other trinkets in a thriller for the ages, surviving a brutal fifth round and then summoning all of her strength and technique to grab the last three rounds and win by the smallest of margins, regardless of what the official scorecards said.

Challenger Amanda Serrano found out quickly how fast and mobile Taylor was, failing to find her range in the first three or four rounds of the bout before launching that deadly onslaught on the fifth that would have demolished anyone else. But they both made it to the final bell in a fight that will undoubtedly raise the bar for women’s boxing worldwide and which will be looked upon as an inspiration for generations to come.

“I saw the event live in the Garden and admit to holding my hand to my mouth during the fifth round,” said boxing historian Malissa Smith. “It was a fight-of-the-year contender by two future Hall of Famers and showed boxing at its best. The historic significance of their achievement, being the first female main event at the storied mecca of boxing, was palpable and extraordinary across the night, and one I will personally, never forget.”

The emotional nature of the bout, however, only enhances the controversy about the scoring that promises to rage on for years to come.

“Taylor-Serrano is similar to Leonard-Hagler in that, for the foreseeable future, boxing fans will explain who they thought won and why,” said fellow historian Mark Jones. “They’re both future Hall of Famers and have impressive victories over quality opponents, but it’s this fight that they’ll get asked about in future interviews and appearances. They’re forever linked now.”

As a result of this epic battle, Taylor remained at the very top of the pound-for-pound list, with a few people making the case for Serrano to jump to No. 2 over Claressa Shields, but without the necessary votes to do so.

There was a different debate around Serrano’s place in the lightweight division ratings, however. She had been rated at No. 2 below Delfine Persoon before the fight, but many panelists feel it’s time for a change.

“I think Serrano has earned the No.1 spot above Persoon,” said panelist and podcast host Michael Montero. Rincon Rojo magazine editor Irene Deserti concurred by saying that “I think that despite the loss, Amanda should be ranked 2nd in the division,” while Argentine writer Yesica Palmetta said “seeing Persoon with Serrano will be a terrific battle. After having seen them both in their last wars in the ring, you couldn’t expect less.”

Earlier in the card, another undisputed Ring championship took place when Sweden’s Elin Cederroos and Franchon Crews-Dezurn battled for 10 rounds with the inaugural super middleweight Ring belt at stake.

Crews-Dezurn scored a decisive points win in a solid but largely uninspiring performance, and she lifted the first-ever Ring belt in a division that, along with atomweight at the other end of the weight spectrum, has only a handful of active fighters worldwide.

Still, Crews-Dezurn generated a very positive impression with her performance.

“Her conditioning has improved. She was in what they call ‘Beast Mode’”, said Beautiful Brawlers’ Lupi Gutierrez-Beagle, before stating that we should “watch Franchon defend her belts before a P4P consideration.”

“Without a lot of technique, using her physical strength, she pressed the action on and on until she got the win. Great job by The Diva!” said Palmetta, while Deserti said that “I still don’t like Crewz-Dezurn’s boxing skills (I think I’ll never like them). However, they have helped her get the necessary results to reach the top of the division. But in no way that Franchon displaces Braekhus to enter 4P4.”

Jones was even less enthusiastic about Crews-Dezurn’s prospects as a champion.

“I’m not sold on Crews-Dezurn holding the super-middleweight straps for long. Marshall and Shields are vastly superior and could easily move up to challenge her, and Christina Hammer is campaigning as a super middle too. Plus, having only two knockouts in nine fights, the power of Cruz-Dezurn has been copiously mythologized. In a similar fashion as (flyweight Ring champion Marlen) Esparza, she doesn’t appear to be pound-for-pound material at this time.”

Filling up the vacancy left at No. 5, Germany’s Janina Neumann was picked to enter the ratings in that position.

A few divisions below, Belguim’s Oshin Derieuw defeated Silvia Bortot over 10 rounds and was picked to replace Jessica Camara as the new No. 5 in the junior welterweight division. 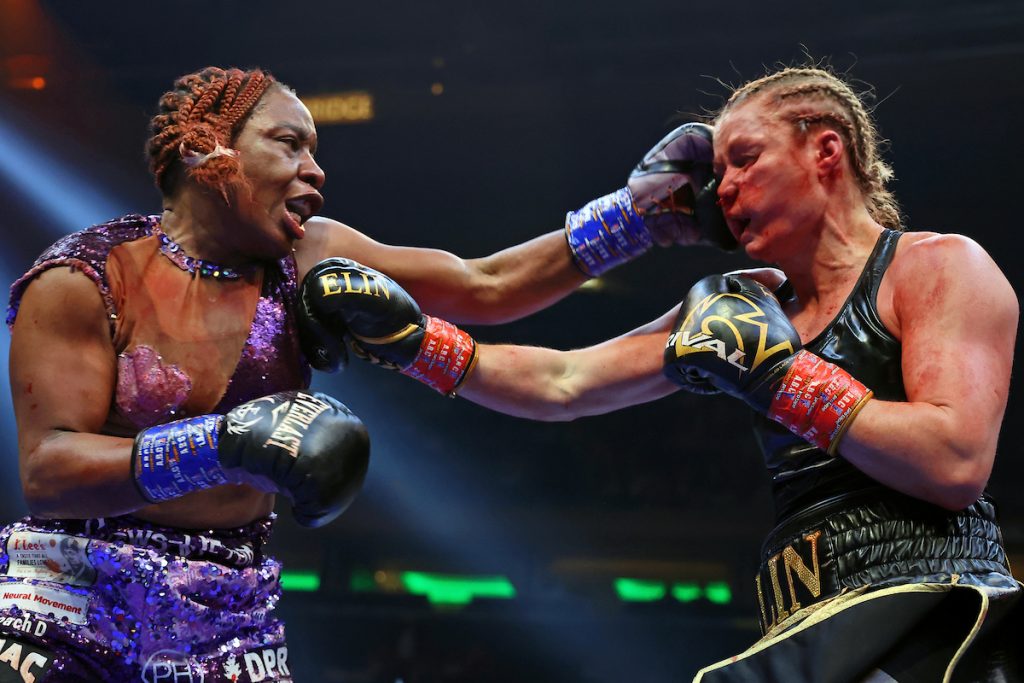