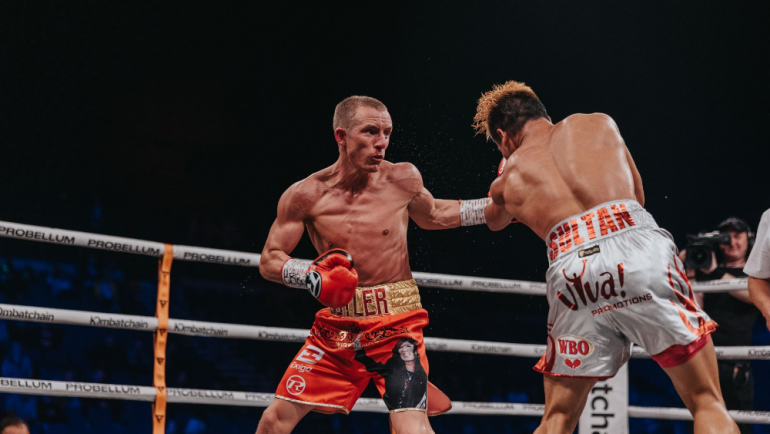 Photo courtesy of Probellum
04
May
by Anson Wainwright

Over the past few months, Paul Butler has twice had the rug pulled from under him when John Riel Casimero was forced out of WBO title defenses at late notice.

Casimero was struck down by a mystery stomach ailment last December curtailing their first scheduled meeting in Dubai. The Filipino puncher was given a reprieve and the two were scheduled to lock horns last month. However, Casimero was pulled out of the fight due to a medical violation.

Thankfully, Jonas Sultan had been drafted as a potential replacement by the promoter. Casimero’s countryman had been training for several weeks on the off-chance that his services would be required in Liverpool, England. As it turned out, they were.

Butler, who is rated No. 10 by The Ring at 118 pounds, was able to outbox Sultan and picked up the WBO interim bantamweight title on April 22. The full championship status was up in the air until the WBO made their ruling to strip Casimero and upgrade the Englishman to full world titleholder.

“I’m made up [the WBO] finally made the right decision,” Butler (34-2, 15 knockouts) told The Ring. “[It’s] been a frustrating few months. Obviously, what happened in Dubai, then for [Casimero] to do it again in Liverpool was a sickener.

“I’ve always stuck to my side of the bargain and done my job. [I’m] glad to see the back of Casimero to be honest. I was sick of hearing about him.”

The news reached the 33-year-old Ellesmere Port native this morning.

“I was actually fast asleep – 7 a.m. this morning – my girlfriend came running in the room shouting, ‘Guess what, guess what!’” Butler said. “I thought something bad had happened (laughs). It just felt like the world had been lifted off my shoulders after waiting.”

The now two-time bantamweight titleholder is taking the news in his stride.

“I’ll be celebrating by training our amateurs [at Wirral CP Boxing Club] today for the championships at the weekend,” Buter said. “The graft never stops; we’ve got champions to produce.”

However, Butler will have his eye on the Naoya Inoue-Nonito Donaire unification bout on June 7 in Saitama, Japan. He is fully aware that a meeting with the winner would bring a career-high payday and crown an undisputed champion.

“I’d be daft to not be looking at the winner of [Inoue-Donaire],” he said. “If I could get a quick defense in that would be perfect, but I’d also go straight into the winner of that.”