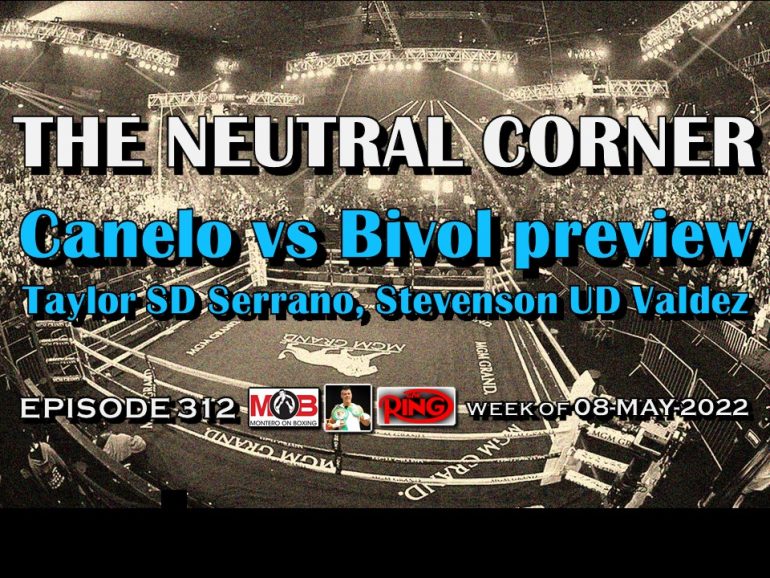 03
May
by Michael Montero

On episode 312 of The Neutral Corner boxing podcast, host Michael Montero caught up on the latest news. The summer fight schedule is coming together, including a great matchup between Jesse “Bam” Rodriguez and Sriket Sor Rungvisai in San Antonio. Rodriguez will defend his junior bantamweight title for the first time against Rungvisai on a June 25 Matchroom Boxing card, which will air on DAZN.

On Saturday, April 30, there were two cards of note in the United States.

In New York, Katie Taylor and Amanda Serrano fought in front of sold-out crowd in Madison Square Garden, in what many are calling the greatest fight in the history of women’s boxing. After nearly being stopped in the fifth round, Taylor recovered and took many of the late rounds, scoring a split decision win over Serrano to defend her undisputed women’s lightweight championship. On the undercard of the DAZN broadcast, Liam Smith defeated Jessie Vargas by TKO in the tenth round of a light middleweight bout, and Franchon Crews-Dezurn scored a UD10 win over Elin Cederroos to win the undisputed women’s super middleweight championship along with the inaugural Ring belt at that weight for women’s boxing.

In Las Vegas, Shakur Stevenson dominated Oscar Valdez to unify junior lightweight titles, and claim the Ring belt as well. Stevenson dropped Valdez in the sixth round of the ESPN headliner, outlanding his opponent in eleven of the twelve rounds.