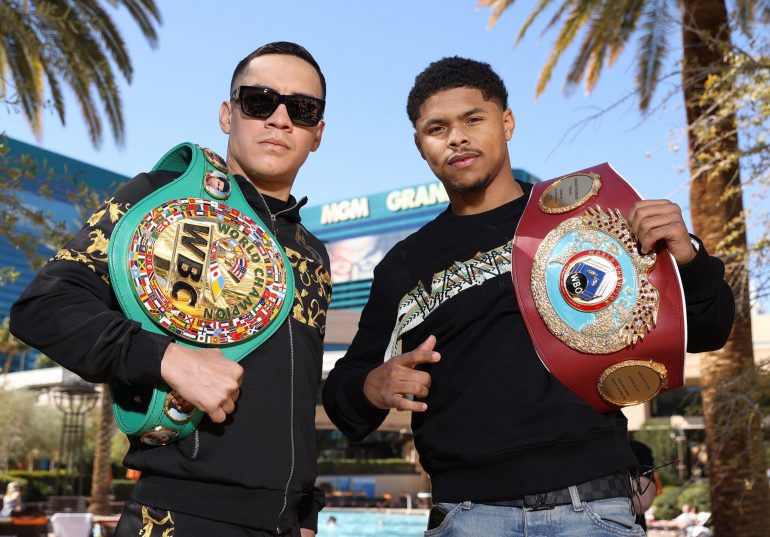 At Friday’s weigh-in, Valdez weighed 129.6 pounds. Stevenson weighed in at the junior lightweight limit of 130 pounds.

Valdez’s WBC title and Stevenson’s WBO title will both be on the line. The vacant Ring Magazine junior lightweight championship will also be up for grabs.

Valdez (30-0, 23 knockouts), who resides in Nogales, Mexico, most recently fought on September 10, defeating Robson Conceicao by unanimous decision. In his previous fight, on February 20 of last year, the 31-year-old captured the WBC title by scoring a highlight-reel one-punch knockout win over Miguel Berchelt.

Stevenson (17-0, 9 KOs) won the WBO title in impressive fashion on October 23, stopping Jamel Herring in the 10th round. The 24-year-old was born and raised in Newark, New Jersey.

Both Valdez and Stevenson have fought under the Top Rank banner from the outset of their pro careers.

The clash between Valdez and Stevenson will headline a three-bout “Top Rank on ESPN” telecast (10 p.m. ET/ 7 p.m. PT). In the co-feature, lightweight prospect and 2020 Olympic silver medalist Keyshawn Davis (4-0, 3 KOs), of Norfolk, Virginia, will square off against Mexico’s Esteban Sanchez (18-1, 8 KOs) in an eight-round bout.

Preliminary action on the Top Rank card will begin at 7 p.m. ET/ 4 p.m. PT and will stream live on ESPN+.