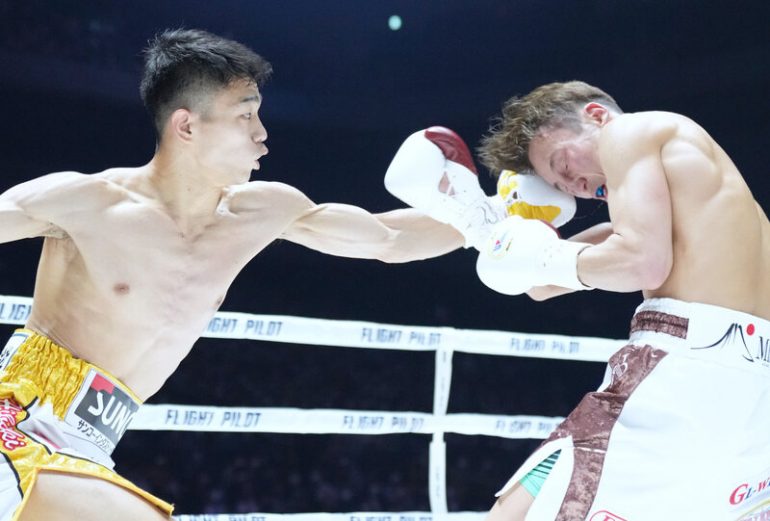 The highly talented Junto Nakatani made an impressive second defense of his WBO flyweight title by turning back the challenge of Ryota Yamauchi in eight rounds in Saitama, Japan, on April 9.

Nakatani, who is now rated No. 1 by The Ring at 112 pounds, was pleased with his performance but feels there’s still room for improvement.

“I successfully controlled the distance, both inside and outside, from the first round,” Nakatani (22-0, 17 knockouts) told The Ring through Hank Hakoda. “There was nothing unexpected and I am satisfied. I landed uppercuts along with moves at short range where he probably did not like to fight. I followed up with powerful one-twos from a long distance.

“I could have concentrated more on keeping my guard higher, especially when circling. [Not doing so] resulted in [me] taking a couple of unnecessary punches. Overall, I dominated the bout, showcasing what I wanted to put into practice.”

Nakatani’s long-time trainer, Rudy Hernandez, has been working with the champion for 10 years and was very impressed.

“Junto is talented and easy to work with,” said Hernandez. “He did what he was supposed to do.

“[The] challenger came to win and fought hard. [He] took some really hard punches, but his will to win kept him in the fight and he was dangerous while standing.”

Some members of the Japanese press have labelled Nakatani “The Next Monster” in refence to the ring moniker of pound for pound star Naoya Inoue. His reputation continues to grow and he was delighted to appear on the undercard of the middleweight unification between Gennadiy Golovkin and Ryota Murata.

“I enjoyed the historic Murata versus GGG showdown from ringside as I had no damage fortunately,” Nakatani said. “It was a huge event in front of a large crowd, but I did not feel distracted [in my fight.] 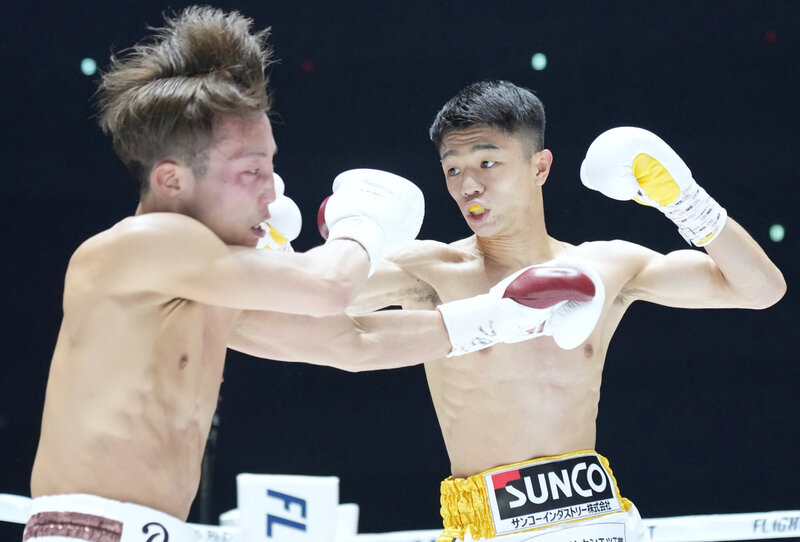 Nakatani has been fighting at flyweight for most of his professional career. He’s 5-foot-7 – big for the weight – and a move up is on the cards.

“I know how to make my weight although it may not be easy,” he explained. “For this bout I struggled, losing nine kilograms [approximately 20 pounds] through grueling workouts.

“I want to have two more outings in 2022. I would like to move up to junior bantamweight, hopefully in the next bout, to fight [The Ring and WBA] titleholder [Juan Francisco] Estrada sometime this year.”

Manager Ken Murano is on board with this plan and believes Nakatani will improve as he moves up in weight.

“I fully agree to his migrating to junior bantamweight next,” said Murano. “Junto fought in that category against Milan Melindo at a catchweight of 114 pounds, and he amazed me with one of his greatest performances ever. I believe that he deserves to compete with the junior bantamweight A-list stars [and will bid to become] the best of all.

“At this point we do not know if he necessarily vacates his flyweight title. What if he is not rated the top contender in junior bantamweight automatically? He may need a tune up non-title outing in between. I would like to figure out what the best option will be for him.”

“My aim is to join the pound-for-pound fighters by beating big names at junior bantamweight one by one,” he said. “My career goal is to become a six-division champ – up to junior lightweight.”