Strictly business for Tyson Fury ahead of Dillian Whyte showdown 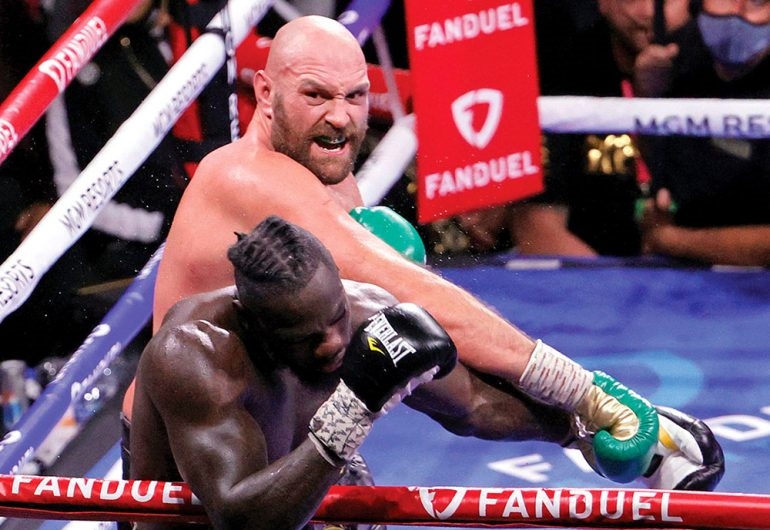 Tyson Fury’s Ring Magazine and WBC heavyweight championship defense against Dillian Whyte has gone from having virtually no buildup narrative – due to the challenger’s initial unwillingness to contribute to the promotion – to being consumed by a story that rocked boxing to its foundations.

On Tuesday, Daniel Kinahan, a man who has worked as advisor for Fury in recent times, hit the headlines when it was disclosed that the alleged drug gang leader was wanted by the U.S. government. Claire Cronin, U.S. ambassador to Ireland, announced that a $5 million reward was being offered for any information that could lead to Kinahan’s arrest/ conviction. The same amount is being offered for any details that could bring about the arrest/ conviction of his brother, Christopher Jr., and their father, Christopher. That’s $5 million per head.

Due to Kinahan functioning in an “advisor” capacity to fighters at every level of the sport for several years, this news was monumental.

The 33-year-old Fury was less than two weeks away from the biggest heavyweight championship fight in British boxing history, but fans and media wanted the Englishman’s opinions on Kinahan. Well, some media did. I’d already spoken to Fury about the usual stuff. What kind of fight do you foresee? What was your reaction to the 94,000-seat sell out? What’s going to happen?

I had to touch base again in relation to Kinahan.

“It’s none of my business, and I don’t get involved in other people’s business,” was the heavyweight champion’s response.

Fury and other fighters have sought legal advice, and they’ll also liaise with their respective promoters on this matter, so that was probably the expected answer.

The unfortunate thing is that boxing has been complicit in its own black eye here. Unregulated, and often unholy, the sport rolled out the red carpet for Kinahan, who had both money and power in abundance.

The show will go on and Fury is confident of dealing with his hard-hitting rival no matter what way the fight pans out.

“Any style that I choose will beat Dillian Whyte,” Fury told The Ring. “I can beat Dillian Whyte going forward, going backwards or going sideways. That’s what I believe and I have faith in my ability. In terms of ability, I believe I’m leagues above this guy. I’ve done my training. I’ve given him the respect he deserves. I’ve been in camp since January. I’ve done everything in my power to get ready and the rest of it is destiny. If it’s meant to be, it’ll be.

“I’m going to put it straight on him from round one. There’s no secret about what I’m going to do. I’m going to go out there and start slinging bombs from the first round. I’ll put on a good show for the 90-odd thousand people who are going, then hopefully I’ll land a big punch on him and it’ll be ‘Goodnight, Vienna!’”

The general consensus is that Whyte’s only shot is the knockout blow, so why stand in front of him?

“Dillian hits hard – all heavyweights hit hard,” acknowledged Fury. “They said the same thing about [Deontay] Wilder. ‘Don’t stand in front of him!’ What happened there? We all know what happened. It’s a boxing fight. After all these years it’s become so easy, this boxing game. I’ll adapt when I’m in there. (Trainer) Sugar Hill did an interview recently and said something correct. He said, ‘We’ll adapt when we’re in there.’ I’m good at adapting and I’ll adapt on the night.”

Fury-Whyte is a solid heavyweight championship fight but it will soon be history. How the sport moves on after it remains to be seen.

The bout, plus undercard action, will be broadcast by ESPN + PPV in the U.S. and on BT Sports PPV in the U.K.