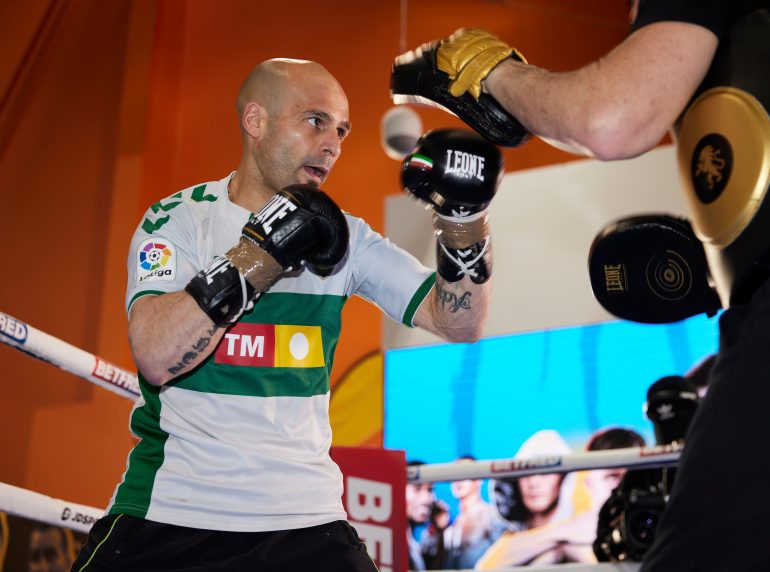 Leeds, UK: Kiko Martinez during a workouts ahead of this weekends fight. 23 March 2022 Picture By Mark Robinson Matchroom Boxing
25
Mar
by Diego Morilla

We all aim for a moment in which all of our hard work is finally appreciated.

That moment is fast approaching for Kiko Martinez.

“I am excited to return to Leeds as a champion this time, after so much time of hard work, after trying so hard to improve,” said the current IBF featherweight titlist rated No. 6 by The Ring at that weight, who will be facing former titlist Josh Warrington in a rematch this weekend. “Going back to Leeds to give Warrington a chance to become champion again is incredible, it’s truly extraordinary the way things have turned out. My personal story will gain a new chapter after I beat him.”

If Martinez does deliver on his promise, he will be indeed adding a terrific new chapter to his legendary comeback. He had dropped a majority decision against Warrington in Leeds back in 2017 before beginning a hard comeback road that led to heartbreaking losses to Gary Russell Jr and Zelfa Barret. But things took a turn for the amazing when he was served as a victim to Kid Galahad in Sheffield back in November of 2021 only to turn the tables on the oddsmakers and return to Spain with a spectacular knockout win that earned him The Ring’s Comeback of the Year Award – along with the IBF belt he will be defending this time against Warrington in Leeds at the same First Direct Arena in which he lost the first fight. 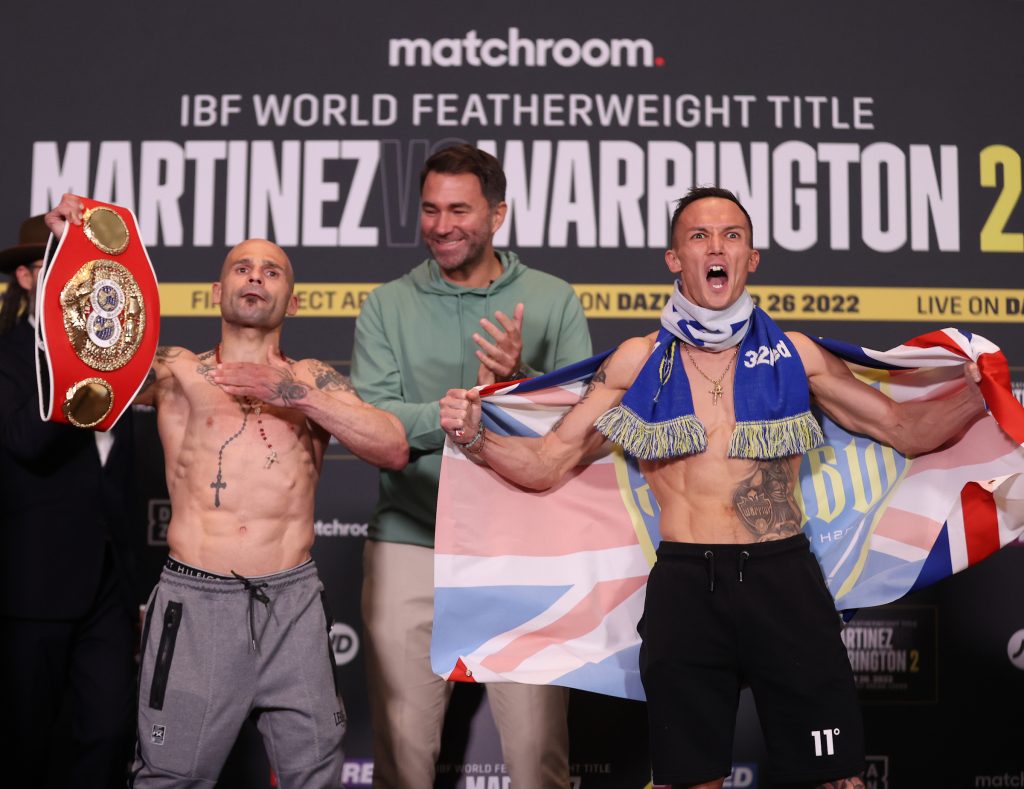 Returning to the scene of that crime with a belt wrapped around his waist will make all the difference in the world to him, but also his opponent’s shaky recent run (a 0-1-1 streak against power puncher Mauricio Lara) tells him that momentum may be on his side too.

“What will make the difference this time is that I am much more motivated. I have taken better care of myself, I have bigger dreams now, I am more focused on my job. Being the champion now I will face the fight with a different mentality and much more confidence. I have had a tough road where I had successes and failures, but he’s been failing much more lately. I think all of this will make the difference.”

Motivation is not in short supply in the 36-year-old Martinez, who repurposed himself during the pandemic and decided to train by himself in his own home on a 7-days-a-week basis, year-round. It is that most Spartan of training regimes that gives the native of the Valencia region of Spain the notion that no goal is too big for him from now on.

“I continue training daily, Monday to Monday, with the only goal of continuing evolving in my personal career and making sure that my family has everything that they need,” said Martinez. “I am the only one who can pay that price. I never took a day off even when I fought, I was back in the gym right after the fight. That’s how I am doing it. I had a few years of a lot of hard work, with a lot of deprivations for me and my family, and that’s the way I like it because it’s the only way to achieve all of what I have achieved.”

The task ahead is still a difficult one for Martinez, who has a great deal of respect for his opponent.

“Warrington is a good boxer, and he proved it many times. He is coming off a defeat from Lara but he has also defeated (Lee) Selby, (Carl) Frampton, (Kid) Galahad, and other great fighters. I cannot expect to see his worst version in the ring, we’re fighting for a world title. I think he made a mistake in the Lara fight, staying in close range too long. But I do expect the best possible Warrington. I know his punching power is not huge but his boxing ability is great, he can box going in, out, to the sides, anything. He is a crafty fighter.”

Still, with momentum on his side and armed with his newly found confidence, Martinez cannot help but thinking about what challenges lie ahead for him after this fight. And true to his nature, he aims for the most dangerous names out there.

“My idea after this fight is to face (Leigh) Wood or (Mauricio) Lara,” said Martinez, referring to two fighters who are not only on a winning streak, but on a winning-by-KO streak. “I think those would be great fights for me and for the fans. I believe that I could have an unbelievable clash against Lara, and against Wood it would be a clash of styles but also very attractive for the fans. Either one would be great for my next fight.”

Defeating Warrington in a demolishing way would definitely help his case to make those or any other fights, and Martinez is definitely aiming for that as well.

“I think I will win the fight inside the distance,” said Martinez. “It will be a war that will be discussed for a long time, because it will be an incredible fight. But I will prevail by stoppage, that’s what I believe. I think I will win by knockout, I see myself doing it, and that’s how things are going to end on March 26th.”