Ve’Shawn Champion has the name of a fighter, let’s see what else is ahead 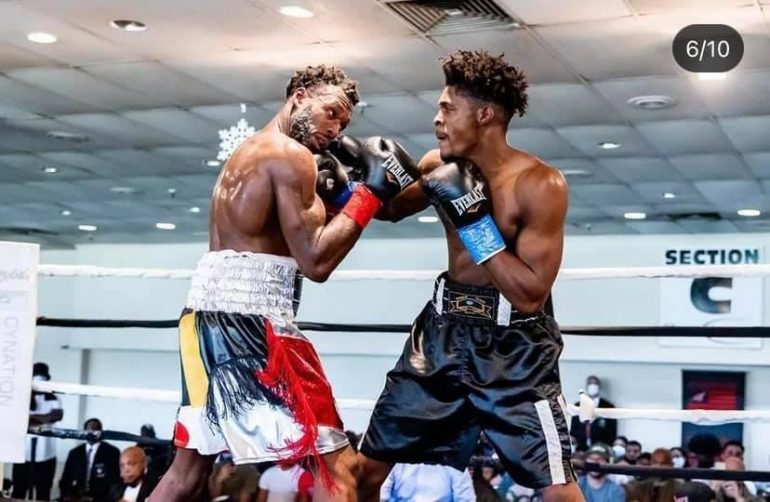 The damp musty smells of stale popcorn and sticky floors pervade the beginnings of almost every fighter who began their career on the club show circuit. It beats where Ve’Shawn Champion once was. His start in boxing began at the relatively late age of 19, inspired by watching Floyd Mayweather’s fight against Conor McGregor in 2017 on YouTube. At the time, Champion was working at I Supply in Dayton, Ohio, wearing a parka working in a freezer for 15-hour shifts—a deadend job no wants going nowhere.

Champion, who was a rambunctious kid tossed out of numerous schools, found his direction through boxing.

Champion’s next step towards one day being Mayweather comes this Friday, at the 2300 Arena in Philadelphia, when he battles Jorge Rodrigo Sosa (3-3, 3 knockouts) of Asuncion, Paraguay, in a welterweight bout.

It also presents someone like Champion (2-0, 1 KO) an opportunity to show what he can do. He’s made the commitment to the sport by moving from Dayton to Philadelphia to work with Boots and Bozy Ennis. He wants to fight seven times a year, if possible. Champion has some catching up to do. His late introduction to boxing and his scant amateur experience doesn’t help.

His attitude, however, overcompensates for the lack of normal foundational footing most pros begin with.

“I know I have to move fast, and I know I have the right people around me,” said Champion, who does pose problems for anyone at 147 pounds, considering he is 6-foot-1 of arms and legs. “I was an angry kid growing up. I was raised around my cousins, and I didn’t take anything from them. My father had some issues with the law, and my mother loved that I found something to have a passion for, and I ha a chip on my shoulders. I was a hothead. I learned fast that you can’t be a hothead in the ring. My dad has himself straight, but I’m sparring with who I think is the best fighter in the world in Boots.

“I’ve learned a lot. I’m trying to be the first one in the gym and the last one to leave. That’s a little tough with Boots around. Rick Ross asked me if I knew who Boots was, and I told him Boots is my favorite fighter. I came out to Philadelphia for a week, and when I went back home, I wasn’t getting the same kind of work. So, I went back to Philadelphia.”

As for Sosa, Champion knows he has some power, and he knows this is going to be a challenge.

“Boxing is a world where you have to isolate yourself, it’s a different life,” Champion said. “I realize boxing is a lifestyle. I’m willing to put in the work. This is my start. I’m going to box and open Sosa up.”