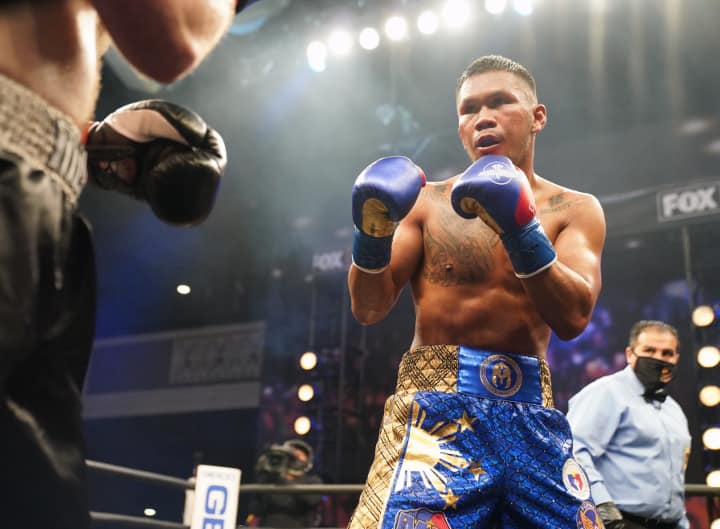 Eumir Marcial will return to action for the first time since earning bronze at the Summer Olympics, facing Isiah Hart on April 9 in Las Vegas.

The six-round middleweight bout will take place on the undercard of the Erickson Lubin vs. Sebastian Fundora WBC junior middleweight title eliminator at The Theatre at Virgin Hotels. The Lubin-Fundora bout will headline a Showtime Championship Boxing card, which begins at 10 p.m.

Marcial (1-0) was last in the ring last year, when he earned the middleweight bronze medal for the Philippines at the Tokyo Olympics. Prior to that, Marcial had made his professional debut in December of 2020, outpointing the tough Andrew Whitfield over four rounds.

This time, Marcial will have trainer Jorge Capetillo and strength and conditioning coach Angel “Memo” Heredia. Previously, Marcial worked with Freddie Roach out of the Wild Card Gym in Los Angeles.

“I am so excited to return to my professional career, and to be fighting in Viva Las Vegas, where I now live and train, is a great way to get things going again,” Marcial was quoted in a press release.

Hart (6-2-1, 4 KOs) of Atlantic City, N.J. is 30 years old and is coming off a sixth round stoppage loss to Francis Hogan last July in Massachusetts.

Marcial, who is promoted by Manny Pacquiao’s MP Promotions, is 26 years old and is a native of Zamboanga City, Philippines.