Vergil Ortiz Jr. withdraws from Michael McKinson fight after being diagnosed with rhabdomyolysis 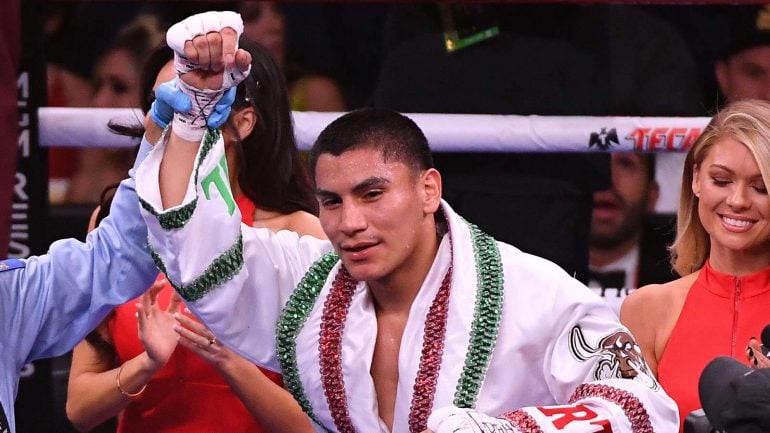 The anticipated return of welterweight contender Vergil Ortiz Jr. will have to wait.

Ortiz pulled out of Saturday’s clash against Michael McKinson after being diagnosed with rhabdomyolysis, Golden Boy Promotions announced Wednesday afternoon. Ortiz was recovering at a Los Angeles-area hospital and is expected to make a full recovery.

“We wish Vergil a very quick and speedy recovery,” said Oscar De La Hoya, Chairman and CEO of Golden Boy Promotions. “As fighters, our first instinct is to fight whatever we have and tough it out. It takes a lot of courage to admit that something is wrong and get the care that you need. We are confident that we will be seeing Vergil in the ring again very soon.”

Rumors had spread earlier in the day that the 23 year old was ill or had trouble losing weight in recent weeks.

Rhabdomyolysis occurs when there is a breakdown of muscle tissue that releases a damaging protein into the blood. Symptoms include dark, reddish urine, a decreased amount of urine and muscle aches. Early treatment with aggressive fluid replacement reduces the risk of kidney damage.

We are sry to Inform everyone that my son was forced to withdraw from his fight. Due to Rhabdomyolysis, luckily for us I know my son so well I could tell something was wrong with him and I took him to the ER and caught it in time. https://t.co/64fLxE1JRa

Golden Boy also announced Wednesday they are searching for an opponent to face McKinson (21-0, 2 KOs), who resides in Portsmouth, England, in hopes of salvaging the main event of the scheduled DAZN live stream.

More information on whether Golden Boy is able to secure an opponent for McKinson or if the fight will be postponed to a later date will be announced shortly.