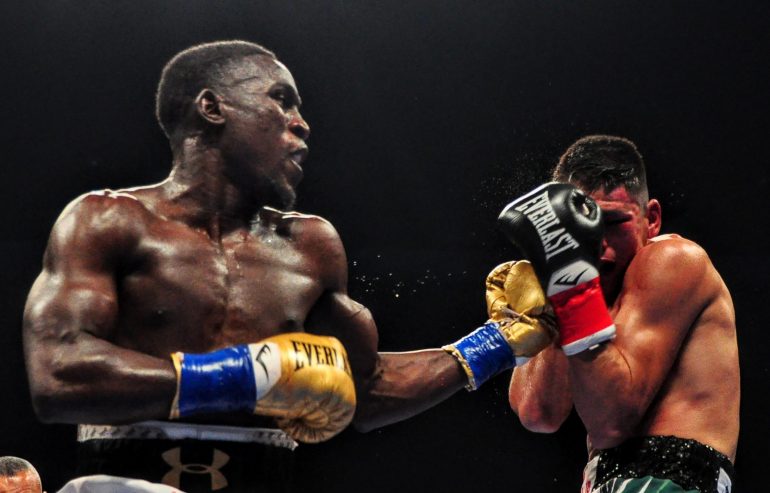 Cissokho, who is originally from Senegal and now resides in Bagolet, France, worked from the outside, mixing his attack, including throwing and landing lead right hands to Valenzuela’s body. Valenzuela attempted to close the distance, but would walk into counter left hooks or right uppercuts to the head.

Both fighters had their moments during the second half of the fight, but Cissokho utilzied the better ring generalship and connected more punches. Cissokho would also use lateral movement to duck under Valenzuela’s wild hooks and crosses, following up with counter right hands to the head.

Valenzuela would occasionally stomp his foot on the canvas and motion for Cissokho to come forward, but Cissokho was content to work from the outside and outbox Valenzuela.

The 30-year-old Cissokho, who won a bronze medal for France at the 2016 Olympic Games, was coming off a fourth-round knockout win over Ismail Iliev on September 10. He has now won three of his last four bouts by knockout.

Valenzuela, who resides in Agua Prieta, Mexico, drops to 19-3 (19 KOs). The 22-year-old had won his previous eight bouts since losing by knockout to Alexis Rocha in December 2019.