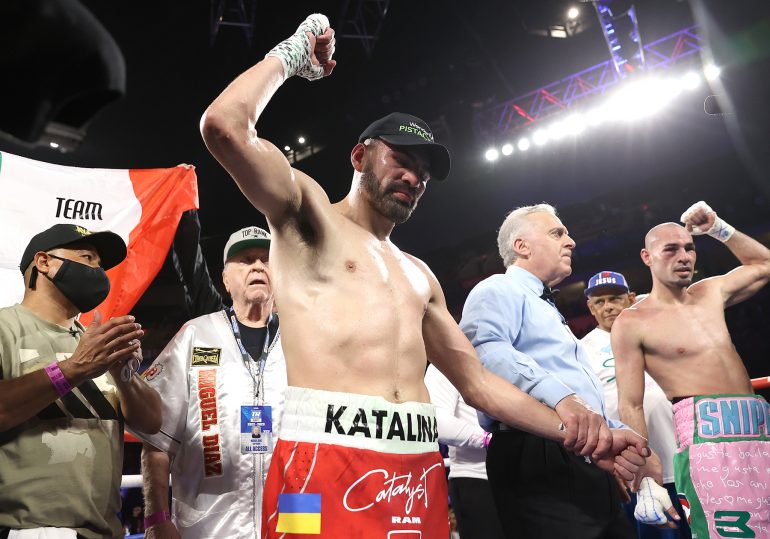 Jose Ramirez is victorious over Jose Pedraza during their super lightweight fight at Save Mart Center on March 04, 2022 in Fresno, California. (Photo by Mikey Williams/Top Rank Inc via Getty Images)
04
Mar
by Joseph Santoliquito

Ramirez’s quest for his title belts began with 116-112 scores across the board in a 12-round unanimous decision victory.

“Jose Pedraza is a smart, experienced fighter,” Ramirez said. “He was going to find a way to survive and put up a fight. He was there boxing towards the end of the fight.  My hat’s off to him and his team. He was well-prepared. It was a great fight. I got to see where I am right now.

“I was a little tense coming into this fight because of my last fight. Fighting at home, last minute, I got a little more tense than I thought I was going to be. I went out there and just boxed, had fun in there. I played it smart, used my jab, and I think I won more than eight rounds.

“Against anybody at 140… I’m going to go back, work and stay focused and stay active. That’s one thing that’s affected me these last couple of years. I’ve trained so many times for a little bit of fights. My inactivity, my discouragement throughout training camps, it really took a big toll on me. I’m ready to stay active and stay motivated. There’s a lot of really great fighters coming up to 140. There’s a lot of really good fighters at 140 right now.” 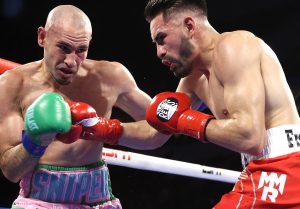 Ramirez (27-1, 17 knockouts) was the aggressor for most of the fight, though Pedraza (29-4, 14 KOs) was effective in rounds six through eight. The last four rounds Pedraza’s right eye began to swell. Otherwise, Ramirez controlled the fight with his pressure. 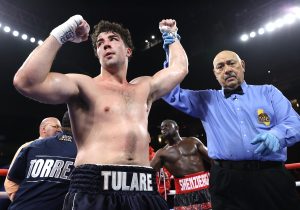 Heavyweight Richard Torrez Jr., the 2020 U.S. Olympic silver medalist from Tulare, California, made a successful pro debut with a second-round stoppage over Allen Melson (6-4, 3 KOs) in a six-rounder.

“After the cut, I knew I had to get back to basics, and that’s what I did,” Torrez Jr. said. “I made sure to avoid additional head clashes, and I got the job done in the second.

“Sure, the cut is frustrating, but I’m not going to let it ruin the celebration. What a night. It was everything I’d hoped it would be. I didn’t know what to expect. I wanted to make a good first impression, especially in front of my home fans. They brought the energy, and I fed off the energy they gave me. The Central Valley is home, and I am proud to represent my people.”