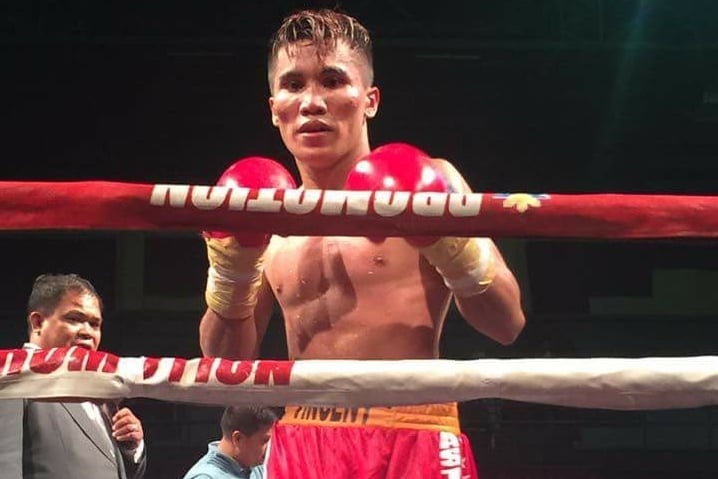 All three judges scored the bout 95-94 in favor of Astrolabio (17-3, 12 knockouts), with an eighth round knockdown being the margin of victory. Rigondeaux (20-3, 13 KOs), a former junior featherweight champion who dropped down to bantamweight in 2020, loses for the second straight fight.

For ten rounds, Astrolabio made Rigondeaux look all 41 of his years, standing in the pocket and outmaneuvering Rigondeaux to land straight right hands on the elusive Cuban. Rigondeaux, who was coming off a close decision loss to WBO bantamweight titleholder John Riel Casimero last August, showed his guile and experience to frustrate his 24-year-old opponent, and get him to walk into straight left hands.

Astrolabio found the answer to the puzzle later in the fight, cutting off the ring and allowing him to land more punches on Rigondeaux.

Astrolabio landed the most significant punch of the fight midway through the eighth, when a jab and a half right uppercut-cross timed Rigondeaux’s movement and knocked him to the canvas. It was the first time Rigondeaux had been floored since his 2014 brawl with Hisashi Amagasa.

Rigondeaux showed his craft to avoid most of Astrolabio’s follow-up punches, but never exhibited the urgency to turn the fight around and snatch a victory.

Rigondeaux entered the bout rated no. 7 by The Ring at 118 pounds, while Astrolabio was unrated by The Ring, and was only rated by a single sanctioning body, the WBO, which ranked him no. 7.

The win is the fifth straight for Astrolabio, who is from Manny Pacquiao’s hometown of General Santos City, Philippines, and is promoted by the now-retired former eight division champion. Astrolabio, who is trained by Pacquiao assistant, has rebounded strongly from a rough patch in 2017-2018, when he suffered three defeats, including one by stoppage to Yuki Strong Kobayashi on the Pacquiao-Lucas Matthysse card in 2018.