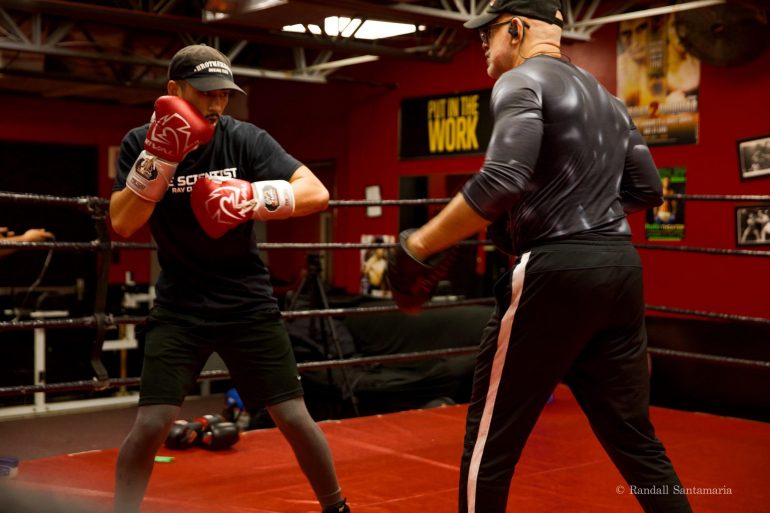 Raymond Cuadrado didn’t always know he wanted to be a boxer, but the seeds were always there. There were times when the 25-year-old from the Ridgewood, Queens section of New York City had dreamt of becoming a baseball player, like the Mets players he grew up admiring, or a physical therapist, like he had briefly studied to become, but the call of the ring had been too much to resist.

When your parents are gifted a pair of boxing gloves and a punching bag at your baby shower, it can be hard to deny the calling.

After a successful amateur career, Cuadrado is now 2-0 (1 knockout) as a pro, boxing out of the junior lightweight division. Cuadrado looks to extend his record to 3-0 this Friday when he faces Saquan Felton (2-3) at the Amazura Concert Hall in Jamaica, Queens, N.Y.

Cuadrado says he knows little about his opponents at this stage, and doesn’t particularly care to.

“I just try to focus on my game, making sure that my conditioning and technique is the highest of its capability. That way I can just perform and adapt however I need to,” said Cuadrado, who entrusts the task of scouting opponents to his father/trainer Ray Cuadrado Sr., and co-manager Moises Roman Jr.

Some of Cuadrado’s earliest memories are of accompanying his father to the boxing gym as a child. He remembered mimicking the movements of the fighters in the gym, and then by eight years old he was in training himself. His father says those early experiences helped instill in him an instinct that few could have developed later on.

“He’s been on my lap watching some of the greatest pay-per-view events growing up and got to grow up as a boxer since youth,” said Ray Sr. “Not only is he athletic and talented, he also acquired a boxing I.Q. growing up in the gym.

“The moment his eyes lit up when the Junior Olympics were held in conjunction with the Olympic trials [in 2011], he began to consider the potential he has to reach a high level in this sport.” 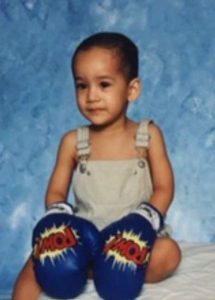 Ray Jr. had his first fight at age 10, and estimates that he had over 80 bouts, winning several tournaments, and making it to the finals of the 2019 New York Golden Gloves, losing a split decision to top pro prospect Bruce Carrington.

His success in boxing meant having opportunities to travel the country to compete in tournaments, but it also resulted in having to make tough decisions. He was certified to be an Emergency Medical Technician, and was scheduled to take the next step to join the New York City Fire Department as an EMT, but had to pass on the opportunity due to his boxing schedule.

“I was traveling, that same week was when the fire department academy would have started. So I just went with my passion of boxing,” said Cuadrado.

Cuadrado had been planning to turn professional in 2020, bu the pandemic put those plans on hold. He turned pro instead in April of 2021, stopping Alexis Chavarria in 45 seconds in Philadelphia, and then returned on the Top Rank Boxing card at The Theater at Madison Square Garden which was headlined by Jose Zepeda’s first round stoppage of Josue Vargas. Cuadrado kicked off the night with a four-round decision over Michael Land.

He will make a quick turnaround after Friday, heading back into the ring on March 19 at The Theater at Madison Square Garden, on the undercard of the Edgar Berlanga vs. Steve Rolls card, which will mark the return of Top Rank’s annual Puerto Rican Day Parade weekend boxing event.

Cuadrado will be bring fans to The Garden, and possibly make new fans among the heavily Puerto Rican contingent. His father, who is also the President of USA Boxing Metro, which oversees amateur boxing in the city, is Puerto Rican with roots in Yabucoa and Corozal. He also owns and operates Brotherhood Boxing, a gym based in the Bushwick section of Brooklyn.

His mother, who was born in Maryland, is Filipina-American, and has roots in the Philippine cities of Roxas City, Manila, Kalibo and Los Banos.

His background in boxing helped him on the playgrounds of his youth, where the discipline he learned kept him out of fights, and helped him handle business when they couldn’t be avoided.

“It would be tough to play basketball and pickup games there because every now and then people would try to fight us,” remembers Cuadrado. “After a certain age I was just like, let me stay in the gym because there’s always people trying to pick fights with us and that’s the worst case scenario. For them, not us.”

Now Cuadrado does his fighting exclusively in the ring, and has high hopes that he’ll be able to take his boxing career to the next level one day.

“I believe I have what it takes to be a top lightweight contender if not a champion. But I do believe I will be able to attain a belt in the next couple of years,” said Cuadrado.

His father concedes that the question about how far his son can go in the pros is hard for him to answer objectively. He says he focused on teaching him defense, to keep his son from getting hurt in the ring. As a trainer, he says he’s never shied away from putting him in there with boxers who didn’t share his same sense of protectiveness.

So far, Raymond Cuadrado has shown he can rise to the occasion.

“I’ve tried testing his resolve and grit with very strong, gritty and malicious boxers in order to prepare him for what is inevitable in a pro career. To date, he’s handled everyone put in front of him,” said Ray Cuadrado Sr.

“Succinctly put, I expect him to win a world championship.”

The card, which is promoted by The New Mexican Promotion, will also feature the professional debut of Orville Crooks, the 2020 USA National Champion, in a four-round light heavyweight bout, plus other bouts featuring Jose Gonzalez (15-0-2, 5 KOs), a first cousin of future Hall of Famer Roman “Chocolatito” Gonzalez, as well as Brooklyn-based Mexican junior featherweight Ariel Lopez (17-1-1, 11 KOs).