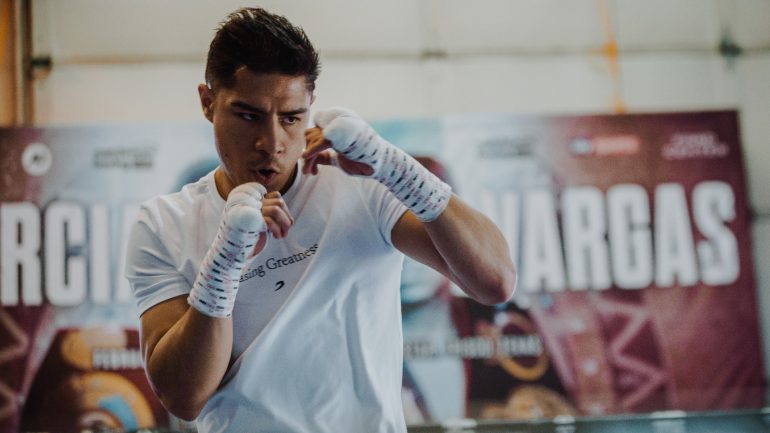 Jessie Vargas and Liam Smith will clash in a must-win junior middleweight bout at Madison Square Garden in New York on Saturday April 30, live worldwide on DAZN, in the undercard for the historic clash between Katie Taylor and Amanda Serrano, brought to you by Matchroom Boxing and Most Valuable Promotions.

Vargas (29-3-2 11 KOs) returns to the ring for the first time since his narrow reversal at the hands of Mikey Garcia in Texas in February 2020. The former two-weight titlist is hungry to become a three-time ruler, and the 32 year old is training for the Smith clash while running his political campaign to represent Nevada’s 4th Congressional District.

Smith (30-3-1 17 KOs) stopped local rival Anthony Fowler in eight rounds in October at the M&S Arena in Liverpool, bouncing back in style from a slender loss in Russia to Magomed Kurbanov in May. The 33-year-old held the WBO belt in 2015-16, and now is eyeing two-time championship status as well.

Vargas and Smith were due to meet this weekend in Phoenix, but COVID ruled the former out of the clash and Saturday’s bill will now be topped by Carlos Cuadras and Jesse Rodriguez battling for the vacant WBC junior bantamweight belt live worldwide on DAZN. Vargas and Smith will come to the Big Apple all guns blazing, and both men believe they will end the career of the other on April 30.

“Thankfully I’m now through COVID,” said Vargas. “I want to show everyone I’m better than before, I’ve been working on things in the gym, so it’s not like I’ve had a two year lay-off.

“Liam is talking a lot, the fire is burning inside me. You don’t trash talk me, I’m coming in a different person. This will be an action-packed fight. I’ll exploit all of his weaknesses and take him out – My goal is to knock him out and retire him!

“It’s going to be an amazing night. Amanda and Katie are trailblazers for the sport, and I’m honored to be a part of an historic event in New York.”

“I’m buzzing and proud to be fighting at Madison Square Garden,” said Smith. “It’s one I can tick off my bucket list now along with Las Vegas; MSG is the pinnacle of boxing and everything happens for a reason so I am happy to be heading to New York on April 30. The main event is fantastic, Katie is always in exciting fights, and I am sure there will be lots of British and Irish fans there that will be backing me too.

“This fight is an itch that has needed scratching for a long time now and I want to beat Jessie and beat him well and move on. I hope that he turns up fit and healthy this time as I am aiming to retire him and send him into politics. He wants to move into politics, and I will give him a reason to concentrate on that 100 per cent.

“Jessie stopping me? I find that highly unlikely when only one person has done that and Jessie is no Canelo Alvarez. I fully intend on stopping him, being the first man to do it and adding my name to the names that have beaten him.”

Years in the making, the biggest fight ever in women’s boxing between the pound-for-pound No. 1 and No. 3 fighters of the world (as rated by The Ring) is one that will not only make boxing history, but women’s sports history. MSG has hosted thousands of fights through its illustrious years, beginning more than a century ago on July 17, 1882; now, 140 years later, this matchup finally marks the very first time two female fighters are headlining a combat sports event at ‘The World’s Most Famous Arena’.