Robson Conceicao dominates Xavier Martinez in a 10-round unanimous decision 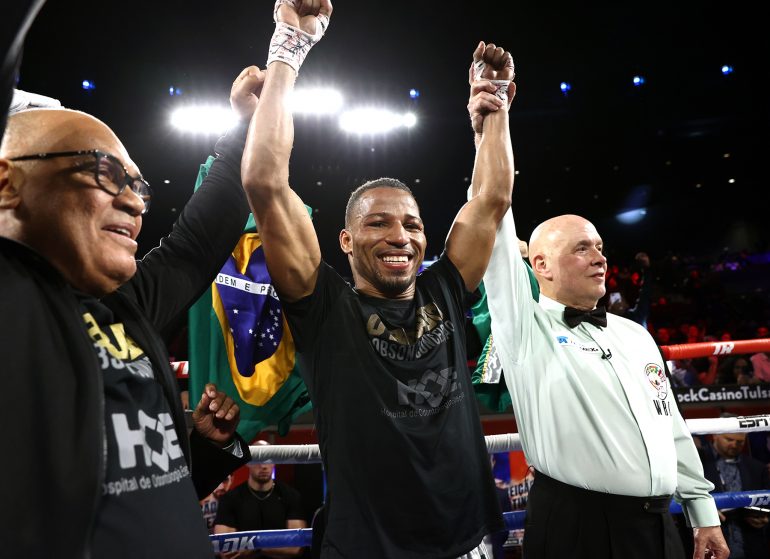 Robson Conceicao had let it sit for four months, knowing he had the chance to do something about it. The 2016 Brazilian Olympic gold medalist wanted to erase his lone pro loss to WBC junior lightweight titlist Oscar Valdez in September 2021, and he had the perfect foil in front of him on Saturday night in undefeated 24-year-old Xavier Martinez.

Conceicao (17-1, 8 knockouts) changed that by dominating Martinez in a 10-round unanimous decision on ESPN from the Hard Rock Hotel & Casino Tulsa, in Tulsa, Oklahoma, in a WBC title eliminator.

“I had to train extra hard because I knew the challenge he would pose for me tonight,” Conceicao said. “More importantly, I was able to be dominant this evening because I put in such hard work because I was motivated. I know I should be the champion. I know I beat Oscar Valdez. He has a fight against Shakur Stevenson, and I think Shakur is going to win. But as a fan and a fighter, I want Oscar to win because he owes me a fight.

“I learned a lot from that Oscar Valdez loss, and that’s why I was able to dedicate myself. I wasn’t discouraged by what happened that evening. I know who I am, and I knew if I put in the work, I could have this type of performance. But my mind is set on Valdez, and I definitely want that shot.

“To be honest, I think Xavier Martinez punches harder than Oscar Valdez. I felt his punches, but I know this is the type of fight I needed to prepare myself because I’m a world champion level fighter. And I definitely want Oscar Valdez.”

“I thought it was closer,” Martinez said. “I know I didn’t do enough to win. I sat back too much. I didn’t listen to the game plan fully. It is what it is. I’m not going to be a sore loser. He did his thing tonight. It wasn’t my night. I’m not done. This is just the beginning.

“I know I hurt him twice. I didn’t listen to my corner fully. I’m going to hold my head high and keep going.”

In the first round, Conceicao, behind a high guard, tried attacking the body with the jab, while Martinez patiently pecked through Conceicao’s defensive pillars, looking for an opening. In the last 30 seconds, Martinez landed a few body shots on Conceicao against the ropes. 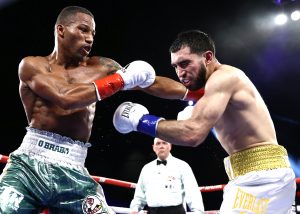 Conceicao, 33, started the second aggressively, throwing great exertion behind his punches. With less than 10 seconds left in the third, Martinez nailed Conceicao with a looping left hook that caught the Brazilian on the right temple, which caused Conceicao’s knee to buckle and had him stumbling.

Conceicao came out in the first 30 seconds of the third as the stalker again, showing no ill effects of Martinez’s left hook near the end of the third.

Through the first five rounds, Conceicao was the more active fighter, he was the coming forward and being first. Martinez appeared tentative at times, not letting his hands go.

Between the sixth and seventh rounds, Martinez’s trainer, the esteemed Ray Woods, told him, “You have to go get him, you’re sitting back here looking at him. You’re not working enough. You gotta work. Double in behind your jab and go to work,”

By the seventh round, those words of wisdom may have been too late. Conceicao connected to the body and kept the fight at his distance and pace.

In the co-feature, junior welterweight Giovanni Cabrera (19-0, 7 KOs) made a successful return from a 27-month layoff to win an eight-round unanimous decision over Rene Tellez Giron (16-2, 10 KOs).

In the co-feature, junior welterweight Giovanni Cabrera (19-0, 7 KOs) made a successful return from a 27-month layoff to win an eight-round unanimous decision over Rene Tellez Giron (16-2, 10 KOs).