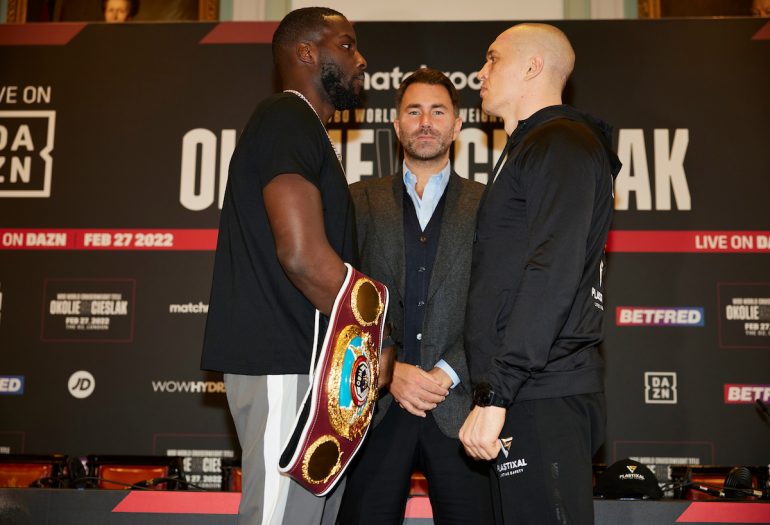 “This young man is an exceptional talent. Galal was the standout British fighter at the Games and we have a long-standing relationship with his brothers, so it was personally very important to me to get this done. Galal is going to do things very differently, for his professional debut at The O2 we are looking for him to challenge for his first professional title and from there move quickly to a World Title which we expect him to win across multiple divisions.”

On Okolie v. Cieslak card – “Welcome back to everyone at Trinity House here in Trinity Square, London ahead of a big press conference and as you can see from this top table – we’ve rammed everybody on. We’ve got a huge night of boxing at The O2 on Sunday February 27, live on DAZN. Lawrence Okolie will make the second defence on his WBO Cruiserweight World Title against Michal Cieslak. It’s a tremendous fight, two absolute elite Cruiserweights battling for glory on a Sunday night – something completely different at The O2 which for me is the best arena in the country for boxing. It’s going to be a tremendous night. The card is stacked with talent in so many different divisions. So many different fighters at different stages in their careers.”Lawrence Okolie: “I believe on paper this could be one of the hardest fights. Until you actually get in the ring, you never know what someone’s got. Watching Cieslak’s fights, he’s a very good technical boxer. He’s got some power and good speed. All in all, it poses to be a very good challenging fight. “I believe I’m going to go on to unify the division. One of the main things that we focus on and try to keep fit is mindset. So I’m making sure that we practice the mind, practice the body, put yourself in interesting situations and hold yourself accountable. I’m ready for this. This is a stage that I was made for. This is a fight I was made for. “The main thing for me is that boxing is my true love. It’s my rocket fuel. If I’m not performing in the ring then none of this other stuff happens. So for me I find motivation being able to do a rap song. Being able to collaborate with companies that I’m fans of or supporters of.  “Where I came from, without making it a sob story, to where I am right now it’s a blessing. And I want to hold onto that. My opponent here is to make amends, but I have to make sure that my journey continues in the direction that it’s going and we don’t have any hiccups. “As soon as a fight is made, Cieslak is the only thing I think of. I’ve got a picture of him in my room. I watched all of his interviews. I don’t understand any of them but I like to watch his mannerisms. I’ve watched all of his fights. I know him and that’s what I focus on. Michael Cieslak. After that, we can talk about everyone else.”Michal Cieslak: “It’s surely a big fight for Polish boxing, I can’t wait to actually attend the fight. I’m training very hard, and I can’t wait to fight. “He’s a very strong fighter and he punches with both hands, he’s very strong physically. I just have to do my work, all the training I’ve done with my coach, that’s what I’m going to bring to the ring. “If I wasn’t sure I was going to win, I wouldn’t be here, I’ve been training since I was 13 so I’m ready to get the WBO Title.” 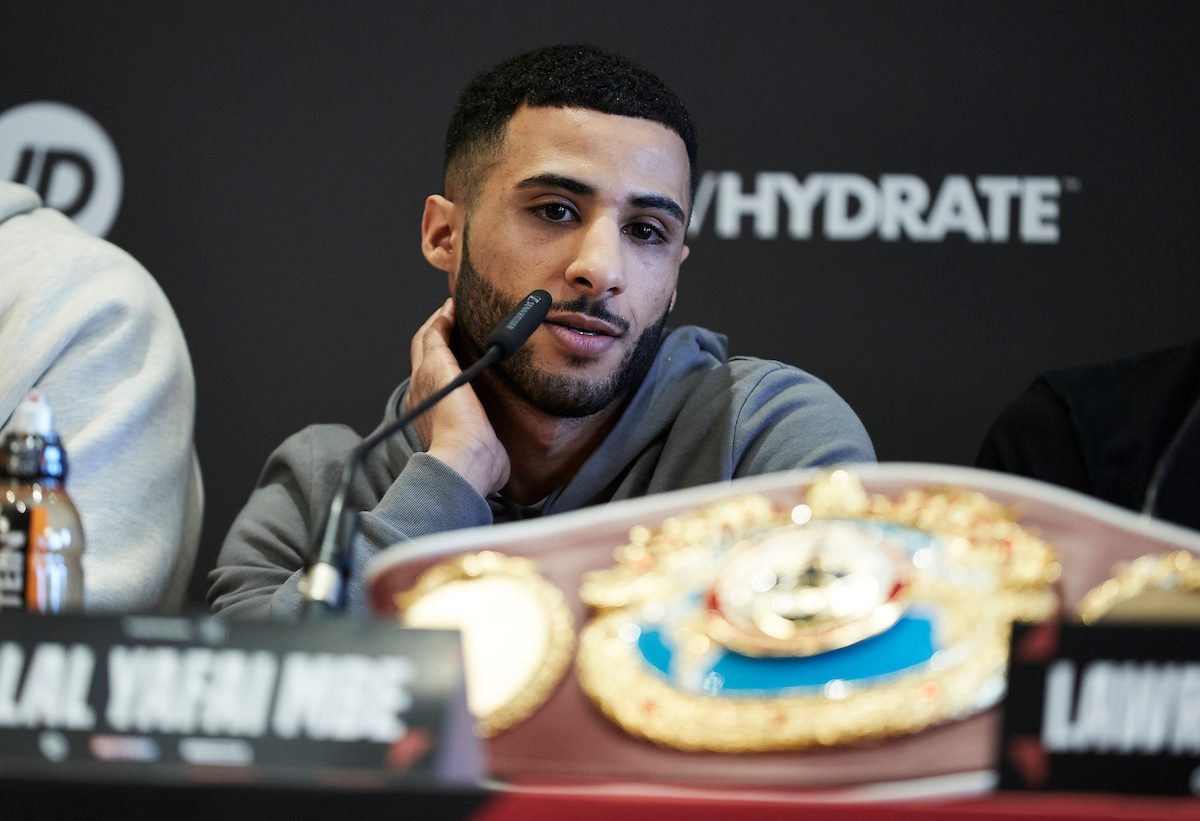