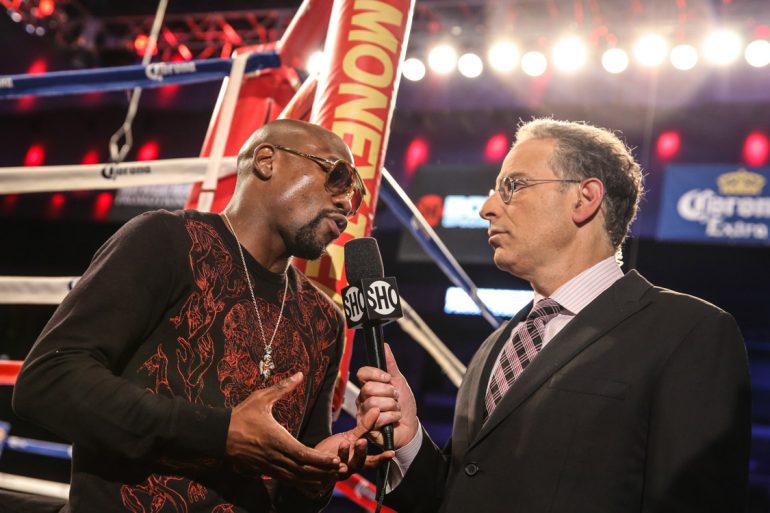 Very few people in the boxing industry manage to leave a positive impression in more than one department. The all-around boxer-puncher is as rare as the honest-and-solvent manager-promoter, and from there it goes.

Press row is no different. Great writers who excel under the lights and the pressure of a TV camera are difficult to find, and viceversa.

Steve Farhood is one of such examples, if not the best.

Starting out as a writer, then graduating to editor, and finally moving on to the broadcast side of ringside action while making all the stops in between, Farhood has done it all, and there is only one department in which he performs at a higher level than the others: his kindness and his willingness to share his vast knowledge of the sport with whoever approaches him with even the dumbest of questions (I’ve been one of them, many times!). This article is simply another sample of his legendary generosity. 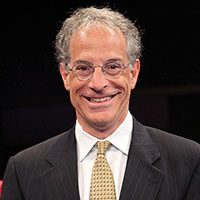 Born in Brooklyn, New York, to Lebanese parents, Farhood got a job as a writer and editor straight out of college working for a publishing company that specialized in boxing and wrestling magazines. Soon enough, Farhood, a self-confessed casual boxing fan up to that point, was immersed in the boxing world 24/7, sorting through old photos and files, and going to fights every week. “I fell in love with the sport immediately,” he said in an interview, reminiscing about the earliest memories of what would later become a Hall of Fame career.

Farhood would go on to serve as editor-in-chief of The Ring and KO Magazine. He has been an on-air analyst for ESPN, CNN, SportsChannel and USA Network’s legendary series “Tuesday Night Fights.” Currently, he serves as commentator on Showtime’s long-running show “ShoBox: The New Generation.”

In 2002 Farhood won the Sam Taub Award, which is given for “Excellence in Broadcasting Journalism” by the Boxing Writers Association of America, where he also served as a First Vice President.

In 2017, Farhood was inducted into the International Boxing Hall of Fame in Canastota, New York.

In this first article of a new ongoing series detailing the “Best I Covered” of veteran boxing commentators, these are Steve Farhood’s picks:

Best Boxer: Tough call, but I’ll go with Pernell Whitaker. He boxed brilliantly without having to run; he rarely got hit; and while he was hardly the biggest puncher in the world, he was a brilliant body puncher and a good infighter.

Best Puncher: The fighter who kept me on the edge of my ringside seat more than any other was Julian Jackson. Funny story: Jackson came to my magazine’s office for a photo shoot, and while we were talking, I began to technically explain how he should be throwing a right hand. Ever-polite, he at first didn’t realize I was kidding. We had a good laugh over that. Runner-up is Earnie Shavers. He won me over when I was ringside for his knockdown of Larry Holmes in their rematch.

Best Defense: Floyd Mayweather, Jr. was the master. Aside from Shane Mosley (a single punch), very few fighters ever hit him cleanly with a power shot. Honorable mention: Whitaker and Wilfred Benitez. Watching Benitez when he was against the ropes and employing his radar was breathtaking.

Best Overall: Sugar Ray Leonard. The best fighter I’ve covered in my 44 years in boxing. He had everything. People talk about his amazing hand speed, but his toughness and competitiveness were just as responsible for his success. Granted, he didn’t fight that often. The quality of his opposition, however, was still unmatched. In his prime, and at his best weights, I’d add Julio Cesar Chavez. His consistency was remarkable. 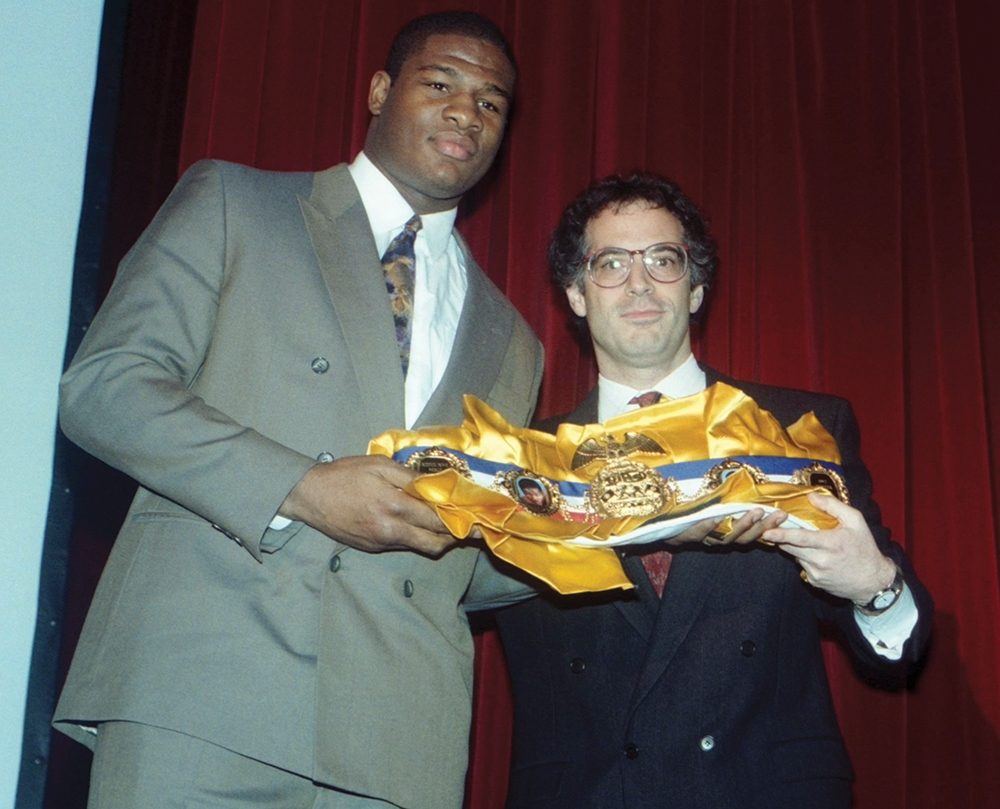 Best Knockout: Leonard-Hearns I. Championship fights were scheduled for 15 rounds back then, and Hearns was going to win on points when Leonard staged that unforgettable rally in the 13th and 14th. Given the crowd, the stakes, and the amazing atmosphere at Wembley, I’d add Joshua-Wlad Klitschko as well.

Most Underrated: Ricardo Lopez. A fantastic boxer and puncher. Too bad he fought for so long at 105 pounds, where the opposition was mostly forgettable.

Best Event: Maybe Mayweather-Pacquiao came a bit late, but it was still a compelling event and a throwback to the huge closed-circuit fights of the early-’80s. And on a personal note, adding to the intrigue was the fact that the pay-per-view broadcast was co-produced by Showtime and HBO. Harold Lederman and I sat side by side as unofficial scorers.

Strangest Moment: Take your pick: Tyson twice biting Holyfield’s ear or Duran saying no mas in New Orleans. I was ringside for both, and in both cases, my colleagues and I had to check with each other to make sure we really saw what we had just seen. Regarding Holyfield-Tyson II, I will never forget walking through the lobby of the MGM Grand about an hour after the fight. Given all the strewn bodies and the chaos, it looked like the Las Vegas hotel had reenacted a battle scene from the Civil War.

Most Emotional Moment: In 2010, working with my broadcast partner and best friend Nick Charles during his final “ShoBox” show. Nick was battling cancer, and he died a bit over a year later.

Biggest Controversy: Working with the FBI and then testifying for 11 hours at the racketeering trial of Bob Lee and the IBF in 2000. Most memorable single moment: While testifying about the questionable ratings of some forgettable Colombian flyweight, I glanced at the jury box, and three of the jurors were fast-asleep.

Most Memorable Interview: Working for Showtime in 1992, I conducted a pre-fight interview with Hector Camacho outside the Hilton Hotel in Las Vegas. Camacho was wearing a fire chief’s hat. and he kept pointing to the roof of the building and screaming that we had to put out the fire. (All with a twinkle in his eye, which was The Macho Man’s way.) After a few seconds, I began staring at the roof as well. There was, of course, no fire. Only Camacho.

Favorite Fight: Also the best fight I ever covered: Pryor-Arguello I in Miami in 1982. When you consider the stakes, the atmosphere, the ability of the fighters and the quality of the fight itself, it stands the test of time, and 40 years later remains my personal number one.