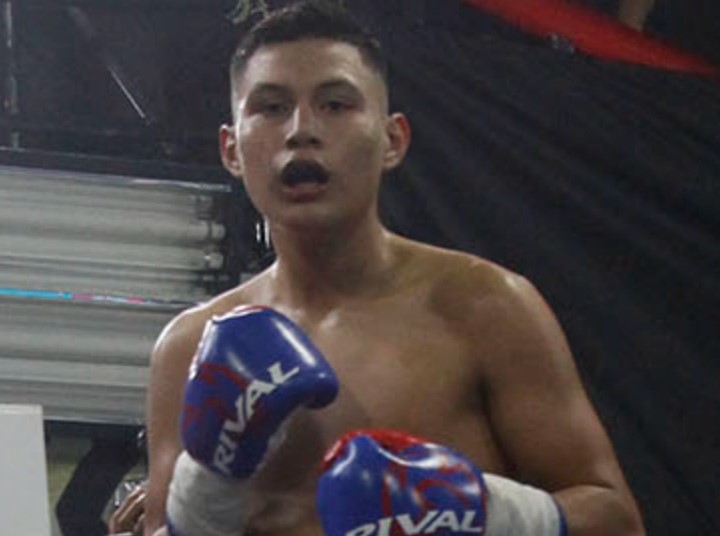 Best night of pro career and why: Rejon is most pleased with a dominant six-round shutout decision over Erik Chavez in May 2021.

“He was undefeated, and also because he beat my brother some time ago,” Rejon told The Ring through promoter Mario Abraham. “[There were] no knockdowns, but I almost [scored] a KO. It was a great feeling because I suffered when he defeated my brother, and for me it was like a personal revenge.”

Worst night of pro career and why: The youngster hasn’t had a bad night yet. However, he has had a tough night, one he learnt from.

“Jesus Acosta. Because I couldn’t KO him in the first rounds as I was used to,” he said. “I felt very tired in the last two rounds, but it was a good experience for me to know that fights can be longer and not always I can win by KO.”

What’s next: Rejon will begin his 2022 campaign against the vastly more experienced Miguel Angel Gonzalez in a scheduled eight-round contest at the Siglo XXI Auditorium, Merida on Saturday.

“He is a strong fighter who is older and more experienced than me,” said Rejon. 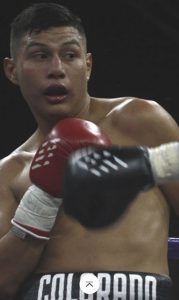 Why he’s a prospect: Rejon was a successful amateur, winning the Mexican national title in 2017. He won silver at the Mexican Olympics and Pan-American Golden Cup in 2019.

“Colorado” had aspirations of representing his country at the 2021 Tokyo Olympics.

“There was a tournament in Colombia, important to qualify, and my passport was almost expired and didn’t allow me to travel,” he said ruefully. “It was very disappointing for me and it was then that I decided to become a professional.”

“[I sparred] three times with Estrada, two times with Berchelt and Hernandez,” he said. “It was a great experience, especially with ‘Gallo’ and Miguel because they are at the top in boxing world.”

Rejon feels he has several key attributes that will serve him well as his progresses.

“I consider that I have a good technique,” he said. “With a good defense, good power and I dominated both [southpaw and orthodox] guards.”

Rejon has trained with Alfredo Caballero, though due to his hectic schedule with pound-for-pound star Juan Francisco Estrada amongst others, Rejon is now training with Cuban Julio Tarrago for this fight.

Tarrago doesn’t have an extensive background, but since leaving Cuba in the 1990s he has worked as a national coach in Belize before moving to San Francisco and then settling in Merida.

“He has a good technique,” Tarrago. “He is very intelligent and patient in the ring, very mature for his age, good punch, he can also fight either [orthodox or southpaw.]”

His promoter, Mario Abraham of Max Boxing, feels his young fighter has the ability to go far in boxing.

“He is a great, well-educated kid, he loves boxing and has great skills, he just turned 18,” said Abraham, who notably guides the career of former WBC junior lightweight titleholder Miguel Berchelt. “I expect for him firstly to be a favorite fighter for Merida fans and in the future to become a world champion.”

Why he’s a suspect: It is still the very infancy of Rejon’s career, he only graduated to eight-round level last time out, so, he is very much a work in progress.

It would be fair to suggest he needs to improve in all areas, but he has plenty of time to develop.

“I have to get used to not lower my hands when I am attacking,” said Rejon. “I have to keep improving my physical condition because fights are going to be harder every time.”

Tarrago agrees with his fighter and is well aware that the teenager has much to work on to hone his craft and rise through the levels.

“In defense, he lowers his hands and even though he has good reflects it is still dangerous,” said the trainer. “In attack, he goes too much to the opponent with his forward hand especially when he is in southpaw guard. He has to improve his physique and get stronger – we are working on it.”

Storylines: Rejon was born and raised in Merida and enjoyed a good childhood with his family.

“We used to travel a lot with my mother,” he said. “Almost every weekend to the beach’s resorts and archaeological sites in my state of Yucatan, which is a gem that we have. Also, to our neighbor states and resorts like Cancun, Playa del Carmen, Tulum, Campeche, Chiapas, etc.”

His father was a businessman and worked in boxing as a manager and also promoter. It had a profound effect on the youngster.

“When I was 7, I used to go with him to the boxing gyms and I was very impressed and wanted to be like them.”

Rejon has three boxing idols, whose footsteps he hopes to one day follow.

“Miguel Canto was the first world champion of my state Yucatan, he made 15 defenses and is like a local hero in Merida, there is even an avenue named after him. Older people talk a lot about his glorious fights in Japan, Venezuela, here in Merida etc.,” he said. “(Julio Cesar) Chavez is a boxing hero in Mexico, I remember when I was a child that everything stopped when he fought, all the kids wanted to be like him. Ricardo Lopez for me is the master of masters in boxing, great technique, explosive power, definitely my favorite fighter.”

He has aspirations of becoming a world champion but first he has another goal: “I would like to be WBC Youth champion in the near future, it’s my first goal.”

Away from boxing, Rejon likes to read and spend time with his friends and family. He is studying physical training at high-school, which he intends to implement in his boxing career. He is disciplined and doesn’t go partying, preferring to watch TV series like La Casa de Papel and Vis a Vis.