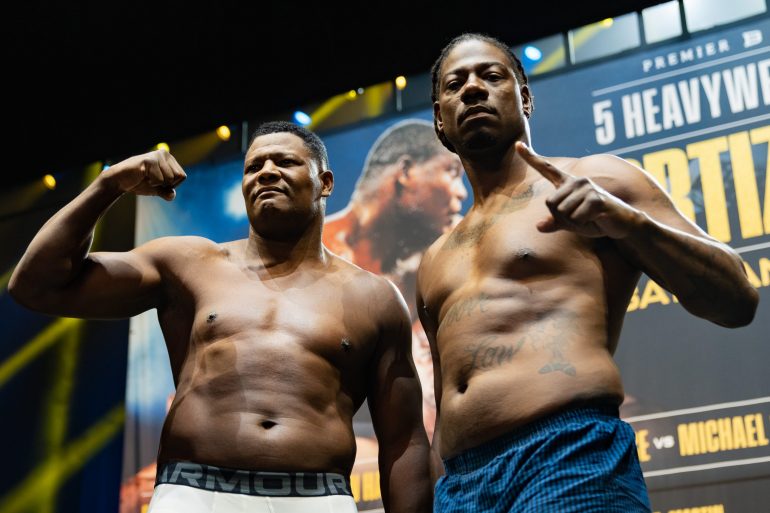 Topping a rare all-heavyweight card in an even rarer all-southpaw clash, Luis Ortiz weighed in at 243.4 pounds and Charles Martin at 246.2 for their Fox Sports Pay-Per-View headliner coming live on Saturday evening from the Seminole Hard Rock Hotel & Casino in Hollywood, Florida.

Both fighters have been away from the ring for more than a year. 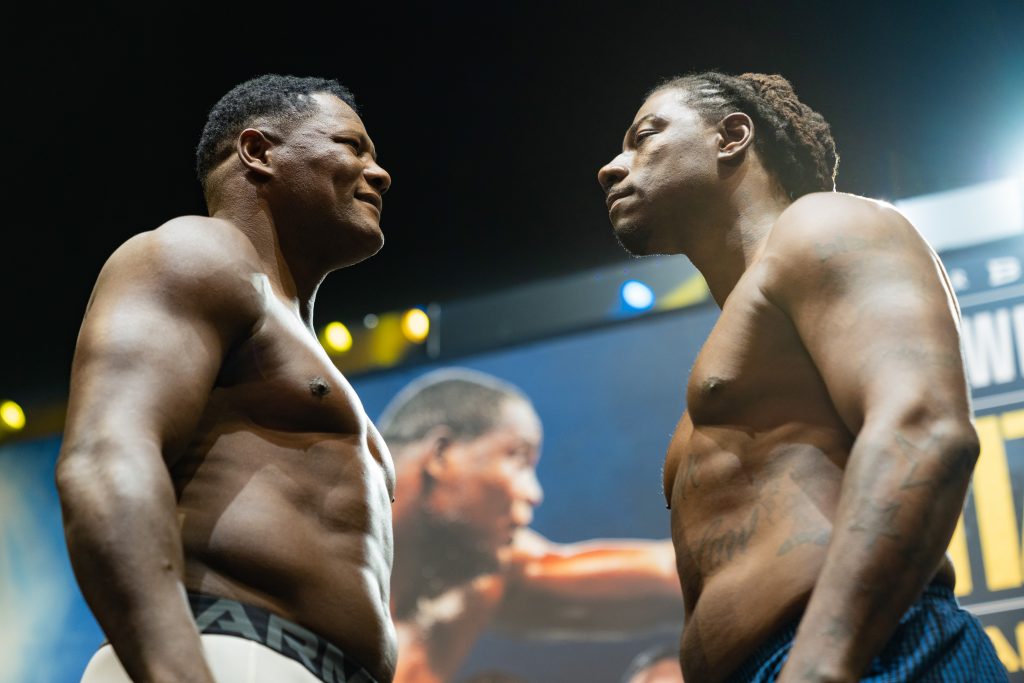 In the co-main event, Frank Sanchez tipped the scales at 239.2 pounds as he takes on Christian Hammer in a hastily arranged 10-rounder after Puerto Rican Olympian Carlos Negron was forced out of the fight after testing positive for COVID-19. Hammer weighed in at 264.8 pounds, taking the fight with on four days-notice. 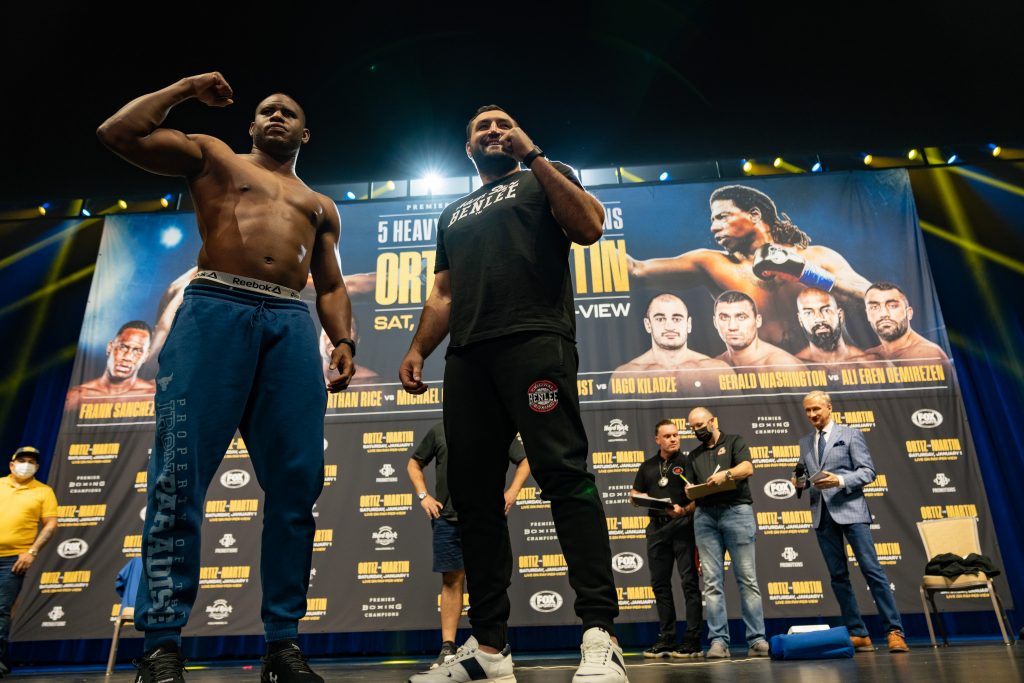 Also Jonnie Rice weighed at an astonishing 283.8 pounds, and his opponent Michael Coffie came in at 278.4 pounds

Gerald Washington weighed in at 253.8 for his bout against Ali Eren Demirezen, who came in at 256.2 pounds for their scheduled 10-round bout. 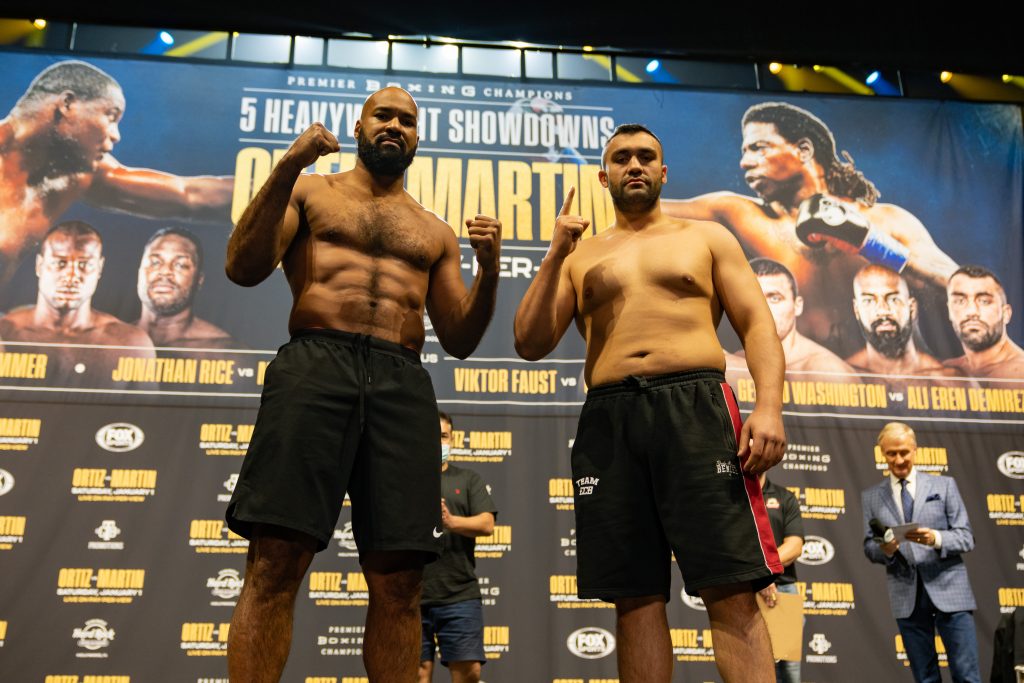 For the broadcast opening bout, Victor Faust clocked in at 253.2 pounds while his foe Iago Kiladze weighed 216.6 pounds, the lightest of all ten heavyweights in action on this card.