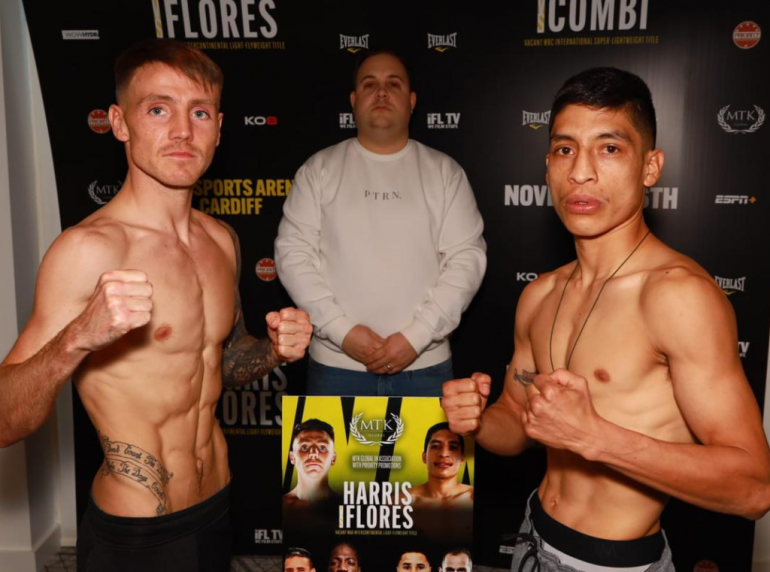 Former flyweight world title challenger Jay Harris was looking to reinvent himself at junior flyweight but was stunning knocked out in six-rounds by unbeaten Mexican Hector Gabriel Flores at the Vale Sports Arena, Cardiff.

The 31-year-old Welshman was busier in the opening round mixing head and body shots, but Flores had his own successes that continued into the second round.

Harris (18-3, 9 knockouts) made an early impression in the third round, showing his boxing skills by making Flores miss and countering him. The Mexican wouldn’t be discouraged and kept ploughing forward.

Flores (19-0-4, 10 KOs) landed a barrage of shots and pinned Harris in the corner during the fifth round as the tide began to turn as he turned up the heat.

Harris was boxing well at distance but made the mistake of trading up close with Flores who found a home for the left hook which dropped the hometown favorite a minute into the sixth-round. Harris dragged himself off the canvas but was quickly dropped a second time, again with a body shot. This time he was counted out at 1:32.

It will be a difficult loss for Harris to recover from, while Flores puts himself in title picture at 108-pounds.

Jacob Robinson (9-0, 2 KOs) claimed the vacant Welsh featherweight title by edging Angelo Dragone (5-3, 0 KOs) by 10-round decision. It was a competitive bout throughout with an eighth-round knockdown being decisive on the referee’s lone scorecard 95-94.