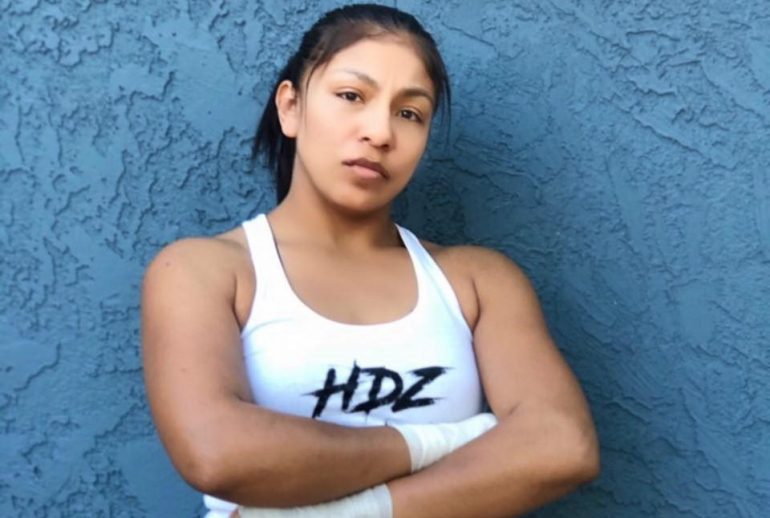 After being denied a shot at accomplishing her first dream, Adelaida Ruiz moved on to her second goal: winning a world title.

“Since I was a little girl, I had a dream of qualifying for the Olympics,” she stated. “Not being able to do that was when I decided to pro.”

Having been forced to forego her first mission, the American remembered her father’s dreams for his children.

“My dad also always had a dream that one of his kids would one day become a world champion, and that also motivated me. Now that I’m a professional, my goal is to fulfill that dream for my dad.”

Ruiz has been trained by her father exclusively for the last three years. However, their initial excursion was not a fun one, according to the undefeated junior bantamweight who is currently ranked No. 5 in The Ring’s Women’s Ratings in her division.

“It was impossible to train with each other before,” Ruiz admitted. It was hectic and overwhelming. We used to clash a lot. It just wasn’t working out.

“But throughout these years, we’ve learned to train together and to keep the boxer and the coach at the gym and the father and the daughter at home.”

One tweak of the wedge is all it took to make the car turn smoother for Ruiz.

“I love it. I’ve learned so much where I’m like, ‘Wow! I should have taken this step a long time ago.’ It took years for us to gel.”

The 33-year-old Ruiz (10-0-1, 5 KOs), of Los Angeles, put herself one step closer towards a title shot on September 25, when she scored a ninth-round knockout of Nancy Franco de Alba in Pico Rivera, California, to win a secondary WBC belt.

But Ruiz wants the legitimate WBC championship and called out its titleholder, who also happens to be The Ring’s No.1-ranked contender.

“I want to face Lourdes Juarez,” she said firmly.

The 34-year-old Juarez (32-2, 4 KOs) is fresh on the heels of a split decision victory against Diana Laura Fernandez on July 16 in Mexico.

Luján (9-1-1, 3 KOs), 22, of Argentina, won the vacant title on January 30 with a split decision nod over Debora Gomez in her native homeland.

Other than the glory of being a champion and having her name in boxing history books, we asked Ruiz what motivates her the most to fight.

“My kids inspire me the most. I’m a single mom of three, and I want to show them that you can accomplish anything that you desire as long as you put in the work.”

“And of course, when I’m 50 years old and long-retired, I can tell everyone, ‘Yeah, I did that. I was a world champion.'”

Outside of the ring, Ruiz also works in the medical field as an administrative assistant.

“I don’t ever see myself not working multiple jobs. Of course, as many know, female fighters don’t make as much, so we don’t have a choice.”

“It’s only difficult if you make it difficult. It’s all about managing your time. For example, from 4-5, you’re running. From 5-6, you’re getting ready for work, and then you’re picking up the kids. It’s like you’re back in school again.

“Over the years, I have just gotten used to it. It’s just like anything else in life. And that discipline and dedication is the key to becoming a world champion, and I’m very close to achieving that goal.”