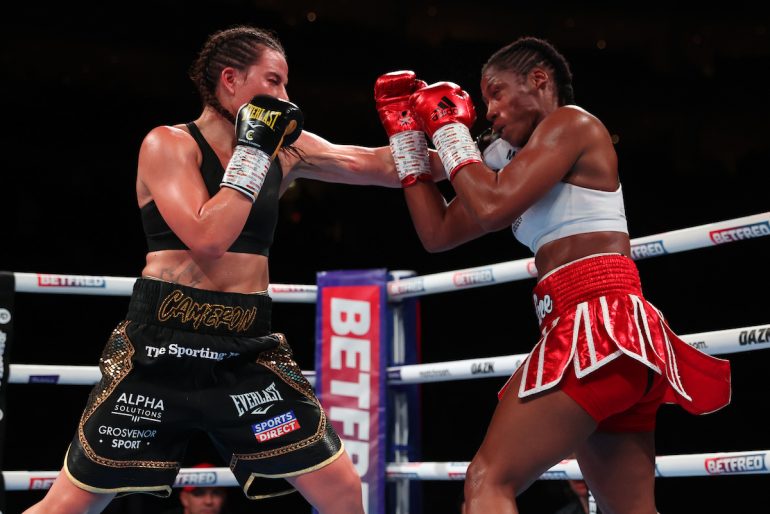 The fight for the inaugural Ring magazine junior welterweight championship of the world was settled by wide margins as Northampton’s Chantelle Cameron saw off a spirited challenge from Indiana’s Mary McGee.

There was not much between the women in the opening two rounds. McGee was arguably more poised and boasted the flashier punches but Cameron had her own success with spells of pressure, making McGee work. She bundled the American to the floor after they traded blows to finish the second session.

Both landed eye-catching shots in the third, McGee a right uppercut and Cameron a straight right but it was still close and hard fought.

In the fourth, Cameron nailed McGee with a big left hook that saw both firing away for a sustained spell of trading but Cameron’s work rate saw her earn the session even if McGee scored from the southpaw stance near the bell.

Cameron seemed to edge the fifth and sixth as the busier fighter who was out landing her opponent but McGee focused her attack on the body in the seventh and that worked, although there were several hefty exchanges as the round wore on.

The Northampton woman enjoyed a solid eighth and her fitness allowed her to take the ninth, too, as McGee slowed.

McGee started the last round fast, going for broke, and Cameron back-pedaled. The American blazed away to earn the round but the fight had already passed her by. 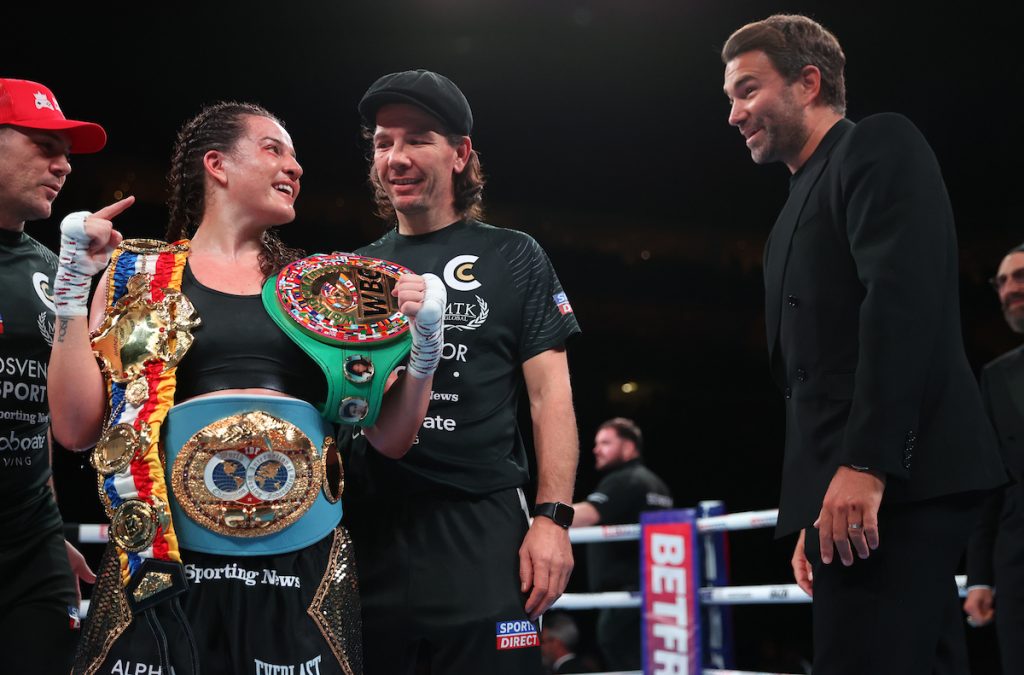 Texas veteran Eric Molina was dropped in the opening seconds by Croatia’s free-swinging Alen Babic and stopped in Round 2. A short right hand looked as though it might be devastating but he spoiled his way through the round and landed a decent right of his own with 30 seconds left in the session.

But Babic came out firing in the second and Molina hit the deck three times in all and while he was given counts each time at least two knockdowns appeared to see him bundled to the floor rather than struck cleanly, including the decisive ‘knockdown’. Maybe he just hadn’t recovered from that first knockdown, or maybe, at 28-8 and at the age of 39 the wear and tear has caught up with him.

“He [Molina] did well to get up, then he chose not to get up,” said promoter Eddie Hearn. “That’s his last payday from us.”

Babic is now 9-0. “I got a little reckless,” admitted the always excitable Croat.

The popular “Romford Bull” Johnny Fisher improved to 4-0 stopping Spain’s Alvaro Terrero in two rounds. Fisher might be the most-popular fighter in the planet with fewer than five contests.

Most of the crowd at the O2 Arena was there to see him after Dillian Whyte pulled out of his scheduled main event date with Otto Wallin little more than a week ago.

Plucky Terrero was down three times and stopped at 2:06 of the second session.

Former light-heavyweight title challenger Craig Richards undid Poland’s Marek Matyja with a right uppercut and piled in with both hands to finish him off after 2:34 of the sixth round.

In an upset, Texan Jorge Castenada, now 15-1, outscored 13-1-1 Youssef Khoumari, from Wembley, in a fast-paced junior lightweight fight that included some scintillating exchanges.