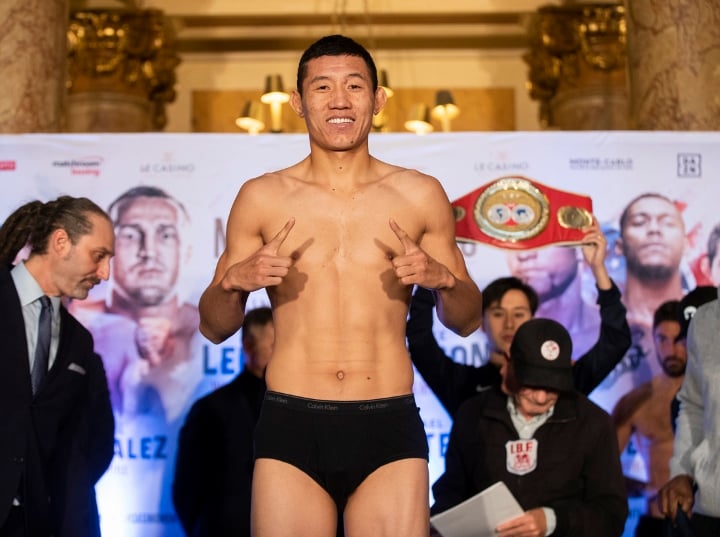 After a two-year absence due to the ongoing pandemic and all the cancelled fights that it left in its wake, light heavyweight fringe contender Fanlong Meng will make his return to the ring Friday night.

Meng will square off against Israel Duffus at the Silver Star Arena in Kissimmee, Florida.

The 10-round bout will be part of an All Star Boxing Promotions card.

Meng (16-0, 10 knockouts), who is originally from Chifeng, China, has not fought since October 2019, when he stopped overmatched Gilberto Rubio in Round 2.

The COVID-19 pandemic threw off plans for Meng to return to the ring in the first half of 2020 and fights that were penciled for the latter half of the year fell through as well.

Meng was scheduled to return to the ring on July 17 on a card in Tampa, Florida, but manager Terry Lane told The Ring the card was cancelled during fight week due to a COVID outbreak in the area.

Lane was able to reach a deal with promoter Tuto Zabala, Jr. to have Meng fight on the ‘Boxeo Telemundo’ card.

“We’re excited to see him back in the ring,” Lane told The Ring earlier this week. “He’s had the worst luck.”

Because of the inactivity, the IBF dropped him from their rankings. He was the mandatory challenger to face IBF titleholder Artur Beterbiev.

Duffus (20-6, 17 KOs), who is originally from San Miguelito, Panama and now resides in Los Angeles, is also coming off a long layoff. He last fought on March 7 of last year, defeating Samuel Clarkson by unanimous decision.

The win over Clarkson snapped a two-bout losing streak.

No word if any portion or the entire Meng-Duffus fight will air on Telemundo as well.