Carlos Caraballo has Jonas Sultan in his sights, but Inoue and Casimero on his mind 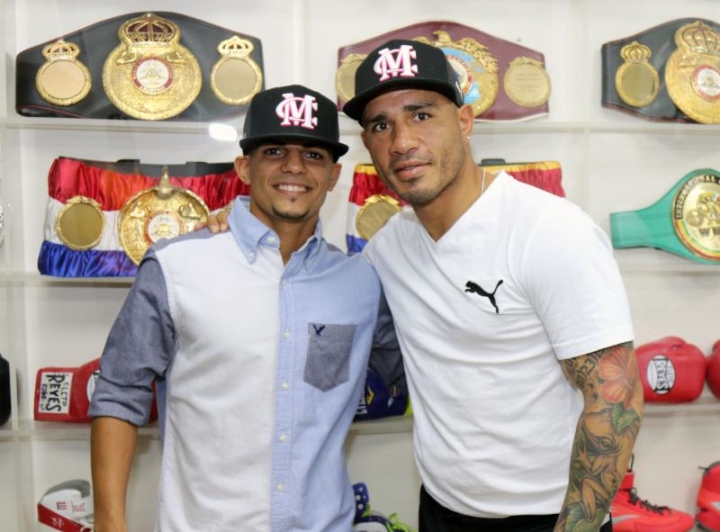 He is being groomed as the next great Puerto Rican boxing sensation, and Carlos Caraballo wants the world to know that he’s not just a hype job.

The unbeaten 118-pounder takes on his stiffest test to date Saturday when he squares off against former junior bantamweight title challenger Jonas Sultan in a scheduled 10-round bout from Madison Square Garden’s Hulu Theater in New York.

The main event of the card will feature former junior welterweight title challenger Jose Zepeda, who squares off against Josue Vargas in a 10-round contest.

It may not be the most eye-catching bout on paper, but Sultan is no easy task. Caraballo has the more accomplished amateur record (143-14), but the Filipino has a major edge in pro experience.

While Caraballo has yet to fight past the sixth round as a pro, Sultan has not only fought past the sixth frame 11 times in his career, but he also holds a significant, yet underrated victory over current bantamweight titleholder John Riel Casimero, whom he thoroughly outclassed in a 12-round contest back in September 2017 in the Philippines.

With unbeaten Ring Magazine 118-pound champion and unified titleholder Naoya Inoue reportedly set to fight unheralded Aran Dipaen later this year, one has the impression that Caraballo, one of boxing’s hottest young prospects, is being matched tougher than one of the pound-for-pound greats of the sport today.

That is precisely what Caraballo wants and expects each time he steps into the ring. His poise expressing both confidence and humility, he explained to The Ring why this was the perfect time to challenge Sultan.

“I feel ready to challenge the best in the world,” he stated through an interpreter. “My amateur experience has given me a tremendous advantage. It has prepared me well for the professional level. I don’t want any easy fights.”

Sultan (17-5, 11 KOs), who unsuccessfully challenged Jerwin Ancajas for a junior bantamweight title in May 2018, is riding a two-bout winning streak. But he has not faced a top-caliber opponent since that fight.

Nonetheless, Caraballo is not overlooking him.

“I don’t see any weaknesses in Sultan. He has fought some good fighters and has defeated some good fighters. I’m not looking past him. He’s exactly the type of opponent I need to beat to move up to the next level.”

While Caraballo, who signed a promotional pact with Miguel Cotto Promotions in 2016, has been a knockout machine during the embryonic stages of his pro career, he’s not specifically looking for the knockout this time.

“I’m not going to say that I’m looking to knock Sultan out because knockouts come when you [least expect them],” said Caraballo. “I’m prepared to go the distance if I have to, but if I see an opportunity to score the knockout, I’m going to take it.”

Once Caraballo (14-0, 14 KOs) defeats Sultan, he wants an immediate shot at any of the champions.

“I want Inoue or Casimero,” said the young prospect. “They’re the best in the division. And that’s what I’m here to do, and that is to become a world champion and bring the title back home to Puerto Rico.”