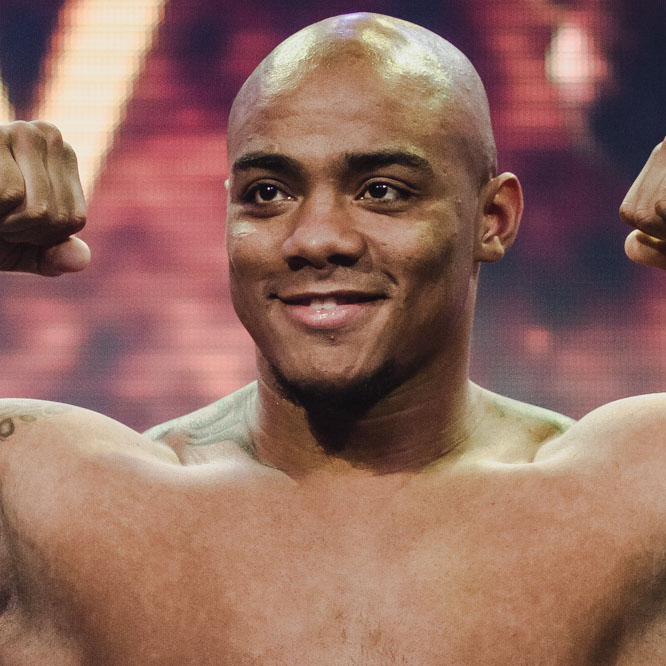 Ryan Rozicki entered the ring boasting an unbeaten record with nothing but knockout wins. However, Oscar Rivas sliced the ham and took it to the bank to win his first title in what is now boxing’s 18th weight division.

The fight crowned the first titlist in the WBC’s exclusive 224-pound division, which was created last December.

Rivas (28-1, 19 KOs), a 2008 Olympian who lost a controversial decision to perennial heavyweight contender Dillian Whyte in a July 2019 bout in London, connected with the more impactful punches from the onset.

Rozicki said in the lead-up to the fight that he would either get the knockout or get knocked out in the process. Neither took place, but he proved to be more durable than advertised.

Rivas buckled him with a short right hand in the opening round, and Rozicki was subsequently dropped to a knee with a series of shots late in the frame. However, a knockdown was not scored as the bell rung to end the round just in the nick of time.

In the second round, the action slowed down until Rivas countered Rozicki with a stiff left uppercut that staggered him.

A strong combination from Rozicki backed up Rivas in round four, and a strong counter right hand forced him to hold late in the round, which drew a smile from the 26-year-old.

Rozicki picked up where he left off in the fifth round as he drilled Rivas with a steaming left hook as he continued to lure his opponent into the phone booth. However, some blood appeared on the side of his left nostril, courtesy of Rivas’ stiff jab, which was precise for much of the night.

Rivas went “Kronk” in round six as he used his size advantage and leaned against the smaller Rozicki against the ropes, connecting with lefts and rights to the body.

Rozicki visibly slowed in the seventh round, and Rivas capitalized on the inside with a solid right uppercut that forced the younger man to tie up.

In round 10, Rivas repeatedly jabbed him to the face, and Rozicki was unable to land anything of significance. He did land a low blow, but the referee immediately stepped in to issue a warning.

Blood poured down the face of Rozicki in round 11 as Rivas landed with a thudding overhand right that hurt him. But Rozicki, in an incredible display of toughness, continued to fire back despite being staggered.

Not even a point deduction in the final round could deny Rivas’ his moment in boxing history. Rozicki did his best to weather the storm and rally late, but alas, no cigar as he ran out of time. Despite the loss, he undoubtedly earned the respect of the fans, many of whom didn’t give the kid much of a chance, let alone to survive a 12-round fight.

For Rivas, he’s officially in the record books as a champion, and it’s surely a moment he will never forget.

Rozicki (13-1, 13 KOs) was approved by the WBC as a replacement opponent earlier this month after the originally scheduled contender, Philadelphia’s Bryant Jennings—a former heavyweight title challenger—was removed from the card for refusing to comply with Canada’s quarantine policy for visitors who are unvaccinated against the coronavirus.

That opened the door for Rozicki, who had previously spent the entirety of his five-year pro career campaigning as a cruiserweight. However, Rozicki had knocked 12 of his prior 13 opponents out in three rounds or less and had never gone past the sixth round as a pro. Furthermore, his past three opponents had less than 10 wins on their resume.

Nova Scotia’s last world champion was (and now remains) “Mysterious” Billy Smith (35-21-26, 24 KOs), who knocked out Frank McConnell in the 22nd round of a scheduled 25-round contest for the welterweight world title in January 1900 in New York.

Rozicki’s attempt to snap the century-long dry spell was a brave endeavor, but ultimately one that was not convincing enough to satisfy the judges.

Earlier in the evening, Terry Osias (10-0, 4 KOs) remained undefeated in a shutout performance against Joaquin Murrieta (9-10-3, 7 KOs) over six rounds. Heavyweights Alexis Barriere (4-0, 3 KOs) and Rafael Abdala (5-2, 3 KOs) both hit the deck, but the judges still awarded Barriere with a shutout four-round unanimous decision. Junior middleweights Kevin Menoche and Thad Buntsma returned from long layoffs in the four-round opener on the undercard. However, Quebec’s Menoche (5-0, 4 KOs) picked up the unanimous decision win over Ontario’s Buntsma, who fell to 2-3 (1 KO).