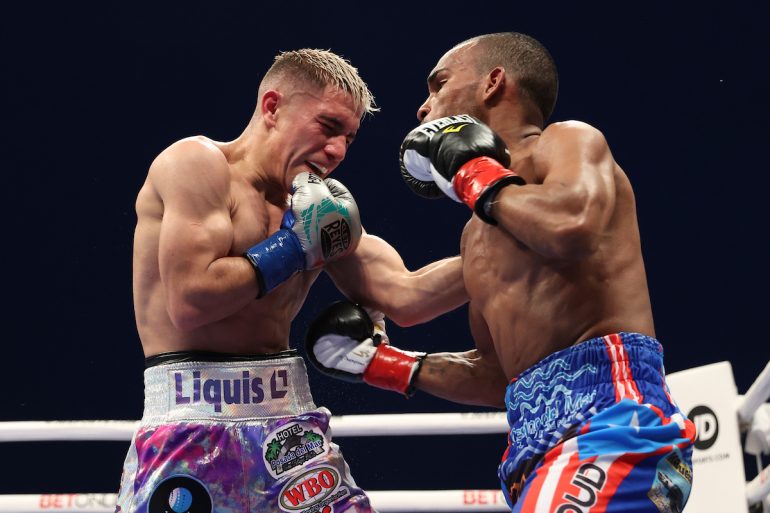 Jonathan ‘Bomba’ Gonzalez promised to bring home a title to Puerto Rico, but he had to go through The Ring’s No.2-ranked junior flyweight to accomplish his mission.

The bout took place on the undercard of the welterweight main event featuring the return of Mikey Garcia as he takes on Sandor Martin.

Judge Daniel Sandoval scored the fight 116-112 for Soto but was overruled by judges Robert Hoyle and Zachary Young, who had it 116-112 for Gonzalez.

The 24-year-old Soto (19-2, 13 KOs), of Mexicali, who had previously defended his title four times, was hit clean with hooks to the body and head by his evasive adversary.

Gonzalez traded on occasion during the middle rounds, but Soto was still searching for a home for the overhand right.

Soto landed one in the eighth round, but Gonzalez (25-3-1, 14 KOs), who lost his only prior title shot via seventh-round stoppage to former three-division champion Kosei Tanaka in August 2019, slithered his way out of danger and continued to box Soto’s ears off from the outside.

Time was called in Round 9 when Soto intentionally twisted Gonzalez’s left arm during a clinch, drawing a final warning from Reiss, who dished out profanities at Soto in his corner at the end of the round.

Both fighters took the message seriously as they kept it clean for the rest of the fight.

In an eight round bout, super middleweight prospect Diego Pacheco (13-0, 10 KOs), of Los Angeles, stopped Lucas de Abreu (12-1, 11 KOs), of Brazil. But it was Pacheco who controlled the bout primarily behind a stiff jab and a right hand and picked up an eighth-round TKO.

Peter Kahn-managed prospect Charlie Sheehy (1-0, 1 KO), of Brisbane, California, picked up a fourth-round knockout victory in his pro debut over Luciano Ramos (0-2), of Buenos Aires, Argentina. Sheehy dropped Ramos with a hard right hand in the fourth round and pounded his man against the ropes until referee Marcos Rosales called a halt to the action.