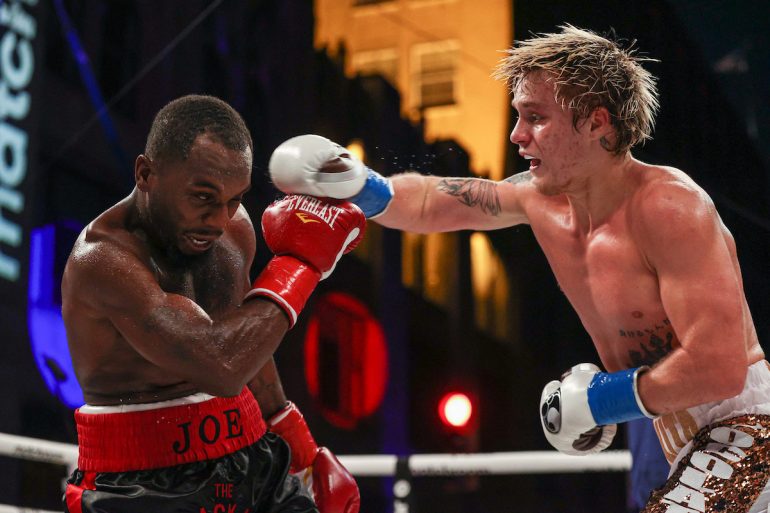 After dealing with a plethora of personal issues, Nikita Ababiy is ready to “steal the show.”

The middleweight prospect returns to the ring on Saturday for the first time in nearly 11 months when he faces journeyman Sanny Duversonne in an eight-round bout. Ababiy vs. Duversonne will support the unherladed 147-pound DAZN main event featuring Mikey Garcia versus Sandor Martin, scheduled for 10 rounds, at Chukchansi Park, in Fresno, California.

Ababiy is fresh off a pair of unanimous decision victories in 2020 but the 22-year-old was consistently outspoken throughout the year regarding the difficulty of training in New York during quarantine, due to the COVID-19 pandemic.

“It was a very difficult time,” he explained. “Everything was closed. All of my boxing gyms were closed. How can I train normally and prepare for a fight when everything is closed?”

Ababiy told The Ring that most of the gyms in Brooklyn re-opened last month, which has been a breath of fresh air for the youngster, who hasn’t scored a knockout win in over two years.

“Everything is back to normal. Now it’s time to get back in the ring again and I couldn’t be more excited for the opportunity to put on a great show for the fans.”

However given the unpredictability of the virus, we asked Ababiy if he would consider moving out of New York and to an area with lax COVID regulations. It certainly carries more risk but that also means Ababiy won’t have to let out a bleat of frustration in the case that New York has another COVID outbreak and shuts down areas of public gathering.

“I really want to move out of New York,” he admitted. “I either want to move to Florida or California because of the availability of sparring partners and the monsters that live out there and train out of there. 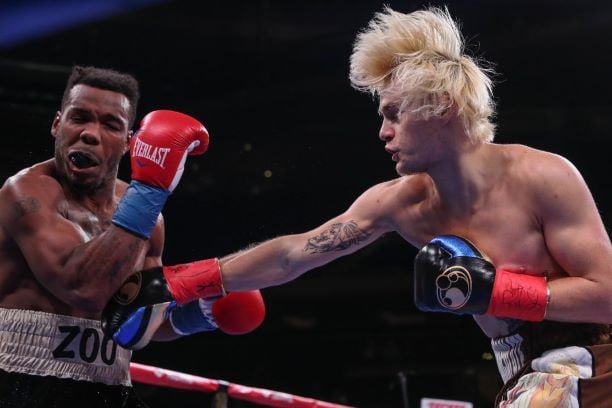 “I also want to move out there for the warm weather. As you’re probably aware, once the summer ends in New York, it gets really cold and you can’t really train outside. I want to move within a year. Las Vegas is also a possibility.”

Ababiy (10-0, 6 knockouts), originally from Richmond, Virginia, also opened up on his absence from the ring, which he explained was due to mental health problems. He cited The Ring’s No.2-ranked lightweight Ryan Garcia as an example of someone who did it correctly.

“More and more fighters are opening up about their mental health issues. Ryan Garcia was one of the first to go public about his struggles. At the end of the day, I told myself that I was the only one who could make this better,” Ababiy said. “What’s the point of being in my room and dwelling and crying about it when I could solve it on my own?

“So people aren’t confused; I never stepped away from boxing. I was still training but I wanted to take care of those personal issues before taking on another fight. If I’m in camp and I want to be the best version of myself, I cannot focus on both. I had to focus on my mental health.”

Ababiy will take on Duversonne (11-4-2, 8 KOs), who has squared off against a number of quality opponents, including former middleweight title challenger Brandon Adams, Chordale Booker and Lorenzo Simpson, but “Sonny Prime Time” failed to win each of those bouts.

“I don’t really know too much about him, to be honest,” he revealed. “I know that he’s faced some guys but he was there to survive. He wasn’t there to win.

“That’s the difference. I’m coming to win. I’m not coming here to run around and dance. I really want to get the knockout and if I see the opportunity, I will surely capitalize on it.”