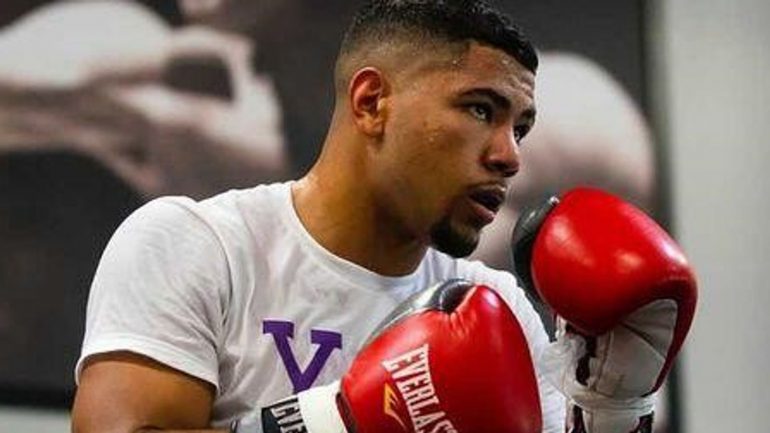 Another day, another signing for Probellum, the new promotional company.

Fulghum, who resides in Houston, Texas, will be managed by Adam Morallee of S-JAM Boxing. An announcement on his pro debut will be forthcoming in the next couple of months.

The 25-year-old built an impressive resume en route to becoming an amateur standout. He is the number one-ranked USA heavyweight, having won the National Golden Gloves tournament in 2018.

Fulghum also leads a successful life outside boxing, having won tournaments in wrestling while in high school. He also holds a degree in Nursing from Prairie View A&M University.

After the ongoing pandemic cost him an opportunity at competing at this past summer’s Olympic Games in Tokyo, Fulghum is eager to embark on a successful career as a prizefighter.

“I was denied an opportunity to compete in the Olympics due to COVID. With that being taken from me, it lit a fire under me to show that I’m the best in the world in my professional career,” said Fulghum. “Watch my career unfold now that I have signed a promotional deal with Probellum. I’m destined for greatness.”

“Darius is a phenomenal talent and we have been working together, with his coach and family, to find the right promoter to give his skills the best and biggest platform possible,” said Morallee.

“In Probellum, we have found a promoter with exciting plans to invest in Darius so that boxing fans in the US and all over the world will be able to see why we believe he is destined for greatness.”

“We’re proud to be working with S-JAM Boxing to guide the career of Darius Fulghum,” said Richard Schaefer, president of Probellum. “He looked certain to compete at the Olympics before the pandemic hit but it has made him more determined than ever to succeed as a professional.

“He has all of the right attributes that you want in a fighter, so I’m confident that he can go on to accomplish incredible things in the paid ranks.”