Cletus Seldin can fire big right hands, and sage philosophical nuggets, at you 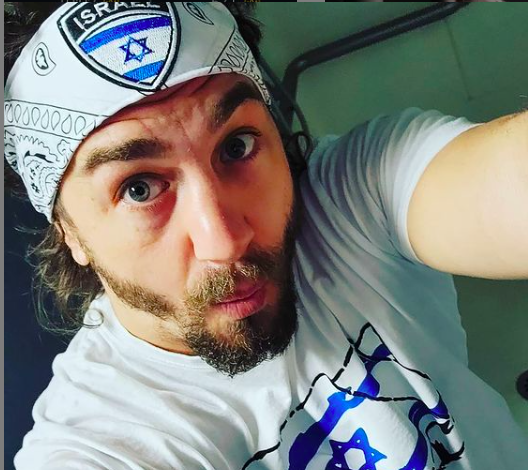 Cletus Seldin had high hopes things would be picking up for him when he got entered into the Adrien Broner “sweepstakes,” tabbed as a possible foe for the tragicomic prince of pugilism.

That didn’t come to pass, AB went in with Jovannie Santiago in February, so the Long Islander with the unexpected first name went back TJ hurrying up and waiting for a break.

Seldin, who turned 35 Sept. 11, got a taste of the good life when he received an HBO TV slot versus Roberto Ortiz in Nov. 2017, underneath a Danny Jacobs main event at the Nassau Coliseum on the Island. “The Hebrew Hammer”—-no, not Tim Puller!—impressed in that tango, with his pop and personality.

A potential momentum doubler against Yves Ulysse a month later didn’t go his way, and he’s been biding time while trying to stay busy (and healthy) since.

One man’s woes can be someone else’s lottery ticket, though, so Seldin perked up when promoter Joe DeGuardia realized the planned Teofimo Lopez lightweight title defense against George Kambosos wouldn’t get enough Viagra to achieve liftoff. Triller needed a replacement main event, and bang, we have Cletus Seldin versus William Silva headlining Barclays Center on Saturday, Oct. 16.

I checked in with the amiable junior welterweight, who holds a 25-1 record, and a No. 1 ranking of boxers who collect Funko collectibles.

“It’s been 19, whatever months since I last fought, it was February 2020,” Seldin said, before proceeding to fill me in on what he’s been up to since we chatted last.

There was the fight he took against a dude who he head has ties to a fearsome drug cartel, and oh yeah, the shoulder surgery, and the case of COVID, and also that relationship with a lady which sounds outside looking in to me like a keeper deal. 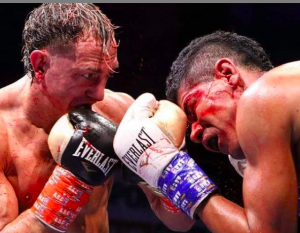 “I wish I got that Broner fight, but it didn’t go through and so I’ve been waiting. I picked up COVID after my last fight (TKO win over Luis Florez Feb. 28 of 2020), recovered fully, got into ready mode and there were no shows. I was supposed to fight last September, but the opponent didn’t pass his physical. We had a few different opponents fall out. So I just trained!”

That rain cloud came back and doused his optimism some when a bout atop a card centered on light heavyweight title holder Joe Smith didn’t come off, because fellow Long Islander Smith got COVID last month. “So last Saturday I was drinking bottomless mimosas and having pancakes at Corks & Taps in Bay Shore, and Joe DeGuardia checked to ask if I was interested in October 16th,” he said.

“Yes,” Seldin told DeGuardia, as he pushed away his plate of pancakes.

Seldin assured me he’s in good shape, he’s been training on and off, mostly on, and had carved down hard for a Sept. 4 bout that didn’t come off.

The fighter said that he’s not assuming his Barclays dance partner, the 34 year old Silva, is past prime and simply a victim waiting to happen. “He’s been in with world champs,” Seldin said.

We are assuming he’s not still wincing from that nasty Arnold Barboza body shot delivered on Nov. 30, 2019. Some fight fans remember him for being a Teofimo Lopez victim in 2018, or losing to then 19-0 Felix Verdejo in 2016.

Anyway, through it all, did Seldin ever punch a wall, succumb to aggravation? He had shoulder surgery in 2013, elbow surgery in April 2018 and then had surgery in March 2020 for a torn right rotator cuff and labrum. One or two times, he’s thought to himself, while doing rehab pushups, with his knees on the ground to make it easier for his repaired body parts, maybe I should just hang up the gloves. 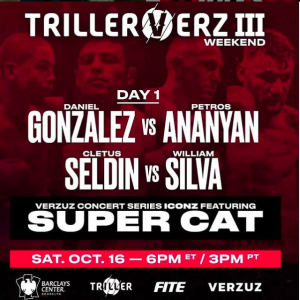 “Life overall is like boxing, you just learn to roll with punches,” he told me. “For me, it’s not ‘Why me,’ it’s “why everybody?”

So it’s clear, this guy isn’t getting too ground down with the uncertainty in the boxing space, letting it strip his gears, nor is he succumbing to feeling rueful, because Seldin-Silva is a comedown for many who were pumped for Lopez-Kambosos.

“I’m proud of everything,” he said. “I’m a little older now, but I never gave up, and it’s paid off, getting this opportunity. Now, about Lopez-Kambosos, I knew nothing about it. All this drama is great, though, I love it.”

Seldin is a solid mix, seems to me, of cocky (but not in a dick way) and humble. He tells you he is aware where he slots in the pro game, to this point, when he notes that, “Silva is a pretty big threat, his only losses are to champs. But Mike, I’m the hammer that just destroys everything!”