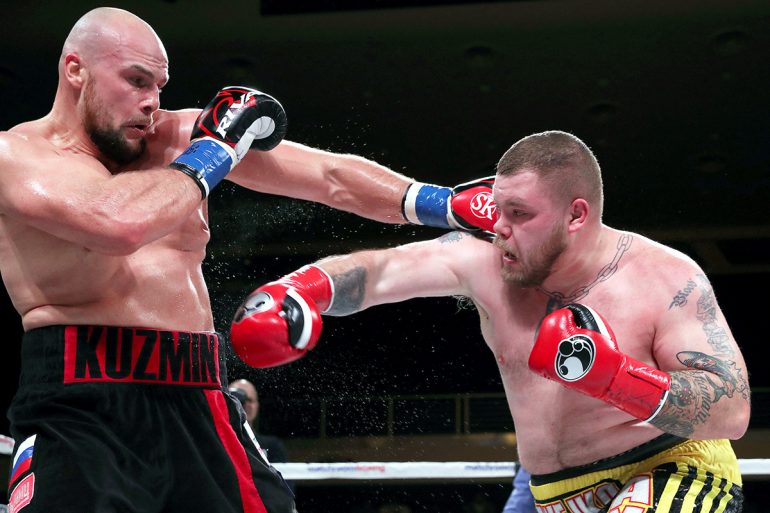 The night before Canelo Alvarez and Caleb Plant battle for the undisputed super middleweight championship, it will be Russia vs. America across the ocean.

After back-to-back losses, heavyweight contender Sergey Kuzmin will look to regain some lost momentum when he takes on ex-title challenger Kevin Johnson.

The scheduled 10-round affair will take place at WOW Arena in Krasnaya Polyana, Sochi, Russia.

The 34-year-old Kuzmin (15-2, 11 KOs) kicked off his pro career with 15 consecutive wins, including victories over fellow heavyweights David Price and Joey Dawejko, before suffering his first loss to Michael Hunter over 12 rounds in September 2013. Following a 15-month hiatus due to Covid, Kuzmin returned to the ring last December but suffered yet another unanimous decision loss when Martin Bakole emerged victorious.

When Kevin Johnson challenged then-WBC titleholder Vitali Klitschko, he was undefeated with a record of 22-0-1 (9 knockouts). He promised not to get knocked out by the Ukrainian, but perhaps he should have promised a win instead, as he was subsequently dominated in a 12-round unanimous decision.

In a long and decorated amateur career, Kuzmin collected gold at the 2010 European Championships. He captured silver in the same tournament in 2012. Furthermore, he twice won Russian National titles and snagged gold at the Martial Arts Games and the Strandja tournament. He also holds a 2013 amateur victory over Joe Joyce, who he knocked out in just 32 seconds. The win has certainly aged well, as the unbeaten Joyce is The Ring’s No. 10 rated heavyweight.

While a victory for Kuzmin isn’t likely going to move the chains as far as getting another step-up fight, it will be a welcome change of pace following two disappointing losses.