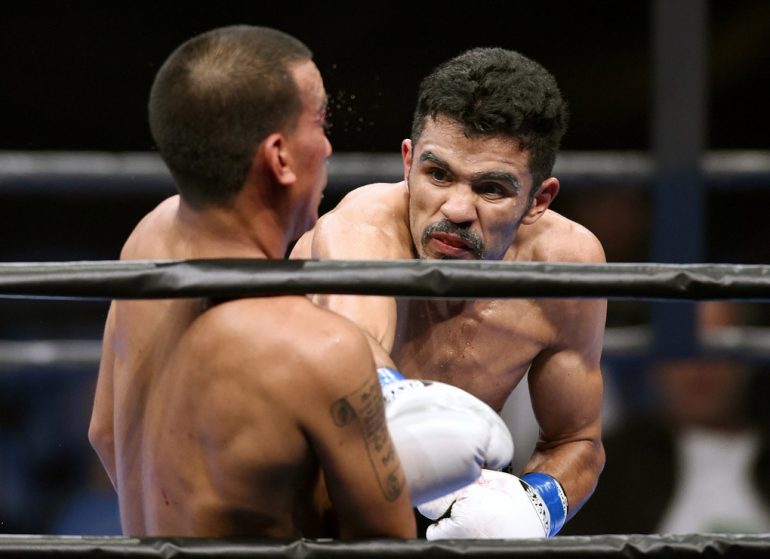 Miguel Vazquez’s career is one of those few cases in which the moniker fits the fighter almost perfectly.

Nicknamed “Títere” (Puppet), the 34-year-old Guadalajara native has often appeared to be tied to the whims of a destiny that turns its back on him when he most needed it.

He could have written his name in stone if he had managed to defeat Saul Alvarez in what was Canelo’s debut when they were both teenagers. He could have earned a high-profile, career-resurrecting win abroad if only one of the judges had been watching the fight instead of checking his phone.

And in the middle of all that, through the seven defenses of the IBF lightweight belt he held for four years and his several other challenges against some of the best fighters of his time, Vazquez, a technical and methodical but oftentimes unappealing fighter, failed to capture the imagination of the fans, due either to lack of exposure or to his numerous management changes.

He will have a new opportunity to step into hat elusive spotlight this Saturday, October 2, when he returns to the Verité Social Venue in Monterrey, Mexico, for the second fight in a row at that same place to square off against former title challenger Oliver Flores, in a fight that will be broadcasted by ESPN+ stateside and by Space in Latin America. A number of undercard bouts will also be featured on Facebook Live as well.

Vazquez (43-10, 17 KOs) had stopped Isai Hernandez Renteria back in April at the same venue, a much welcome return to the right path after his controversial split decision loss against Lewis Ritson in Peterborough, England. In that fight, which took place in October 2020 and produced a viral photograph in which one of the judges is actively consulting his cellphone whilst “judging” the bout, Vazquez seemed to dominate the action throughout, but finally lost on points in what was widely considered a hometown decision.

Against Flores (30-3-2, 19 KOs) he will be facing a tough Nicaraguan lefty with a solid record who was rendered inactive by the COVID-19 pandemic and has not fought since 2019. His only losses have come at the hands of Miguel Berchelt, Felix Verdejo and Takashi Uchiyama, the latter of which was Flores’ only title bid to date.

Prior to that, Cuban expatriate Neslan ‘Pitbull’ Machado will be looking to improve his 17-0, 8KOs) at the expense of Mexico’s Alan Salazar in an eight-round featherweight bout. Brandon Moore (9-0. 5KOs) will square off against Jesus Angel Nerlo (15-9-1, 6KOs) in a heavyweight ten-rounder, and Jimerr Espinosa (10-0, 9KOs) will take on Jose Luis Melendez (14-7-2, 8KOs) in a junior welterweight bout. Also, Puerto Rico’s Jonathan Lopez (4-0, 2KOs) will clash against Jorge Amaya (6-1, 3KOs) in a scheduled eight-rounder in the featherweight division.