J Russell Peltz brings an old-school, salty feel to boxing in his new book ‘Thirty Dollars and a Cut Eye’ 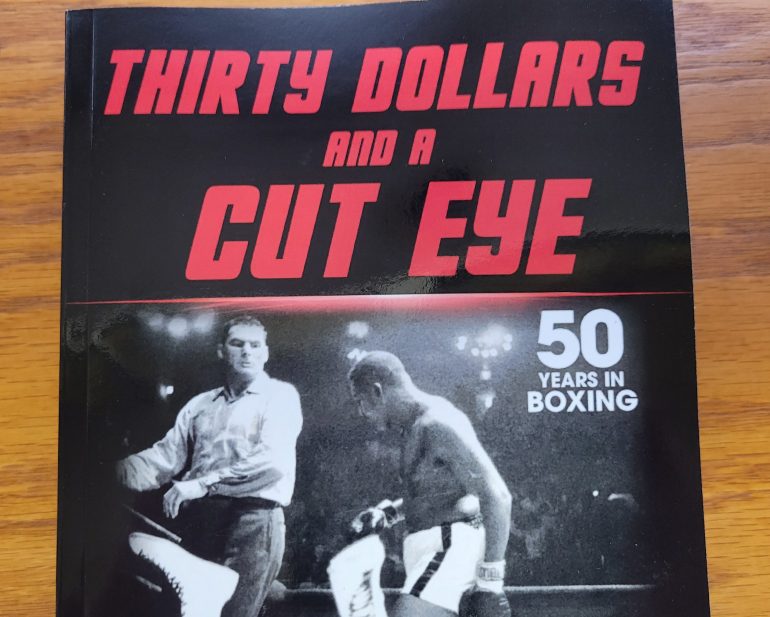 J Russell Peltz is a Philadelphia boxing fixture. You can easily see him as a character in one of the boxing movie posters that adorn his Fairmount office walls, wearing a fedora in a black-and-white movie, leaning over a bar talking boxing with a tooth pick dangling from the corner of his mouth.

In “Thirty Dollars and a Cut Eye,” Peltz’s book that he recently released (available at outlets listed below), you get that old-school, salty feel of where boxing was and how it played out in Peltz’s many entertaining anecdotes that span over five decades.

Peltz is a Hall of Fame promoter.

He may be a better writer. 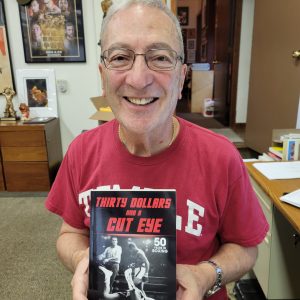 His vignettes cut deep and candid into what boxing is really like behind the curtains. Much of it, like Peltz’s chapter, ‘The Fix Was In,’ cut a little too deep to reveal sometimes the naked truth about a sport in which the participant’s lives are at stake and through many of the early decades in which Peltz operated, were hardly protected in or out of the ring.

“What got me to do this, besides people bugging me to do it, I got tired of reading on the internet, which I call the ‘misinformation highway,’ of people writing about boxing and it’s so wrong, where there are no checks and balances and no editors, so people can write what they want and a lot of it is fake news,” said Peltz, a Temple University graduate with a degree in journalism. “Before I got into boxing, people forget, I was a writer. I wanted to discuss what went on behind the fights, not just the fights, with this book. There is not enough emphasis being placed on other fights, besides the marquee fights.

“I have no trouble talking about my fractured relationship with ESPN. I thought after all of these years of making good fights it was finally paying off, and how the people behind the ‘old boys club,’ took the power away from me, even though I kept getting blamed for fights that the fans didn’t like (laughs).

“I wanted to touch on the demise of the USA Network, which to me was the first real nail in boxing’s coffin in modern times, because it took away the open shop. Promoters could get on there and no promoter was used exclusively on USA, and that was the best thing about USA.”

Peltz talks about his years promoting Philadelphia middleweight contender Bennie Briscoe, and goes into the many untold stories away from the bright lights, involving trainers, fighters and managers. 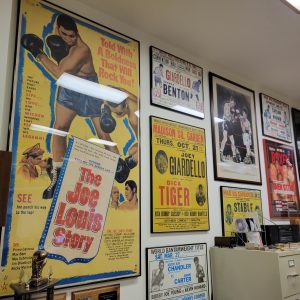 Peltz has been involved with boxing for eight decades. He’s seen the sports’ ups and downs.

“Boxing is so far down when you look up you can see the bottom, and people say I’m negative, but you have the YouTubers getting paid, and the old-timers coming back, that if I were starting today in boxing, I wouldn’t,” Peltz said. “Everyone is a world champion. There are belts on every street corner. Boxing has great stories that are beyond the bright lights of Vegas and Madison Square Garden. Imagine a six-round kid, getting hit in the head every day for six hours a day. Imagine getting hit in the face like that every week, and the money that they don’t make. Those are the real boxing stories.

“Today, it’s about this promoter saying this about that promoter. Can you imagine if Marvin Hagler hit Tommy Hearns at a pre-fight press conference like Canelo Alvarez and Caleb Plant did?

“No one is fighting anyone today. When does this stop? Promoters actually have to go out and promote. It’s sad. They’re making a mockery over what once was one of the three most popular sports in the country. I went to get a boxing trophy recently from a trophy store and you can’t even get a boxing trophy anymore. I’m glad I was part of the sport when it was really boxing.”