David Avanesyan vows to be as sharp as ever for Liam Taylor, calls out Crawford, Spence and Ugas 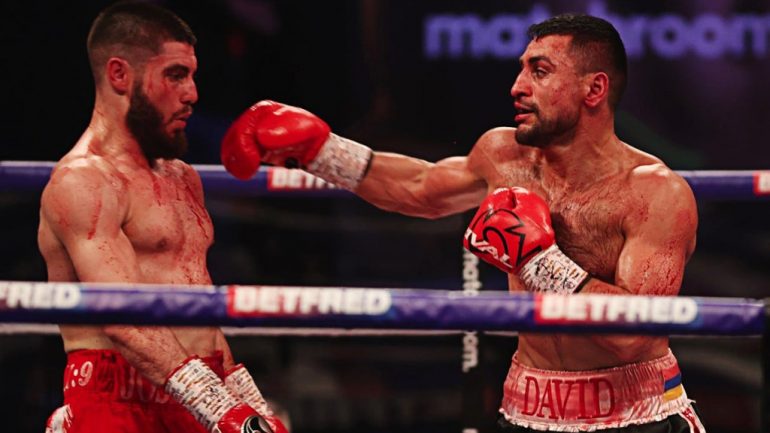 Aggressive boxer-puncher David Avanesyan will defend his prized European welterweight championship for the fourth time when he meets Liam Taylor at Wembley Arena in London on Saturday.

The 33-year-old Russian is very respectful of his opponent but is ready to bring his own brand of intensity and fire in order to retain his title.

“Liam Taylor is number three in Europe, it’s a good fight,” Avanesyan (27-3-1, 15 knockouts) told The Ring. “I try everything: jabbing, hooking, uppercuts, everything. I give everything to win this fight.”

While many see this as a marking time fight for Avanesyan, he has not missed a beat in terms of his preparation.

“I’m focused on this fight, hard training and sparring,” he said. “I work hard for every fight. I train the same for Liam Taylor as [previous opponent] Josh Kelly. I respect every fighter. I know this is hard work.

“I hope time goes fast and I will fight. Then I will go [back to Russia] to see my wife and children.” 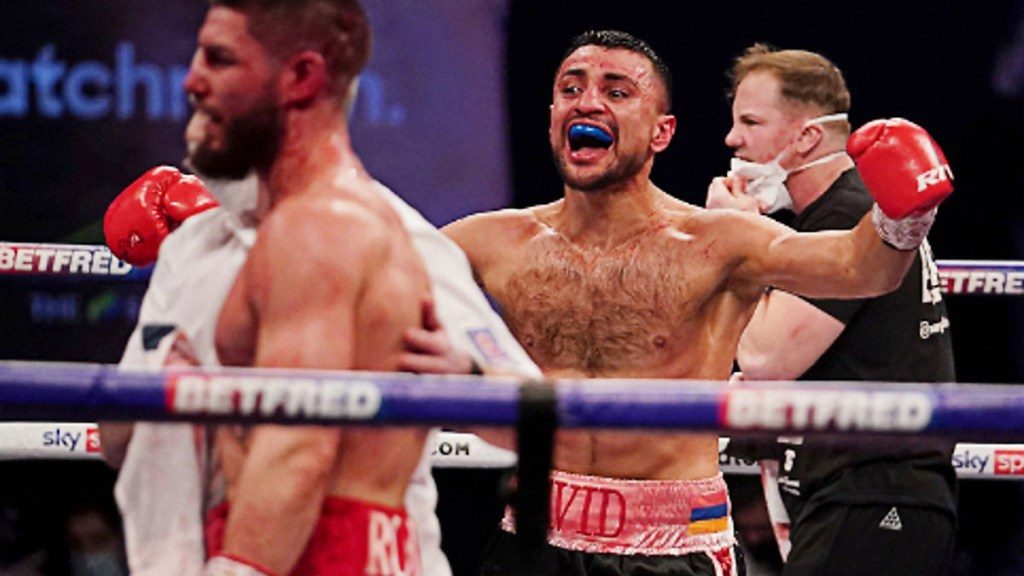 Avanesyan is coming off one of the best wins of his career, when he stopped the flashy Kelly in six rounds in an oft-postponed fight. That triumph earned him major plaudits.

“We knew we could beat Josh,” said Avanesyan’s manager, Neil Marsh. “That was the fight our previous promoter wanted, so we had to play ball a little. Never once did we not think we would win the fight but we had to be patient to get it.”

Marsh appreciates his fighter may have to bide his time while waiting for the bigger opportunities.

“We never overlook the next fight,” said Marsh. “Our focus today is Liam Taylor and only Liam Taylor. He’s a tough kid, this is a huge fight for him. He’s got the guts, courage and confidence.

“We realize that one mistake [and] our world title aspirations have gone. We’re under no illusions. This is a real fight, as much as on paper it’s a marking time fight. It’s Liam Taylor’s world title fight and that comes with its dangers and hazards.”

“David’s a banana skin and many people don’t want to fight him. We may have to go in search of a final eliminator. David’s very proud of the European title, he won it and defended it [against Kerman Lejarraga] in Bilbao, Spain and [against Kelly] in England.

“We’re not for giving that title up for anything. It’s a prized asset with ratings in the governing bodies. If we have to defend the European title until we get that break through fight, then we will.”

Avanesyan was eager to double down on his manager’s assertions and hopes victory will lead him to a world title fight in the not-too-distant future.

“I need to win this fight,” said Avanesyan. “I’m a boxer, if my manager calls me and says, ‘You have a fight,’ I work and fight. I hope to win this fight and the next fight is for a world title.

Taylor (23-1-1, 11 KOs) turned professional in 2011. The 30-year-old won his first 11 fights before losing to the vastly more experienced Tyrone Nurse (UD 10). However, to his credit, the Englishman rebounded to win several fights and then exacted revenge on Nurse (SD 10). He attempted to win the British and Commonwealth titles from Chris Jenkins but had to settle for a four-round technical draw after an accidental clash of heads curtailed the fight. He has won two bouts since.

The event which will be headlined by Chris Eubank Jr. vs. Anatoli Muratov, along with a full undercard, and will be broadcast on Sky Sports at 7 p.m. GMT.