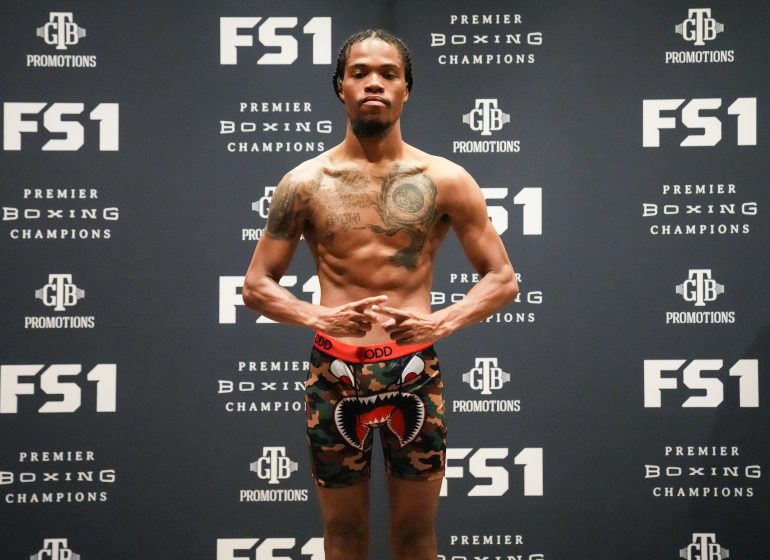 Maliek Montgomery remains focused on that which he can control, but in the back of his mind, he knows things could have been different.

A point or two in the other direction, and it could have been his name on top of most watched prospect lists. The 25-year-old from Macon, Ga. knows this, because he’s fought many of the young fighters who are becoming household names now. The highest profile among them is Teofimo Lopez, the lightweight champion who edged Montgomery in a pair of split decisions to win the U.S. Olympic qualifiers in 2015.

“Both of them I felt that I pulled out both of the fights. But all of that is the politics of amateur boxing and it’s an opinionated sport,” said Montgomery (10-0, 10 knockouts).

“He came out victorious, and he is where he is now.”

And Montgomery is where he is now, working under the radar to get his career going, without the hype and excitement that comes along with being a high profile prospect. That could all change this Sunday, when Montgomery makes his national television debut on FS1 in the main event of a Premier Boxing Champions card at the Mechanics Bank Arena in Bakersfield, Calif.

His opponent for the ten-round featherweight bout will be Aleem Jukakhonov (9-3-2, 5 KOs), a tough spoiler from Tajikistan who has been fighting much better opposition than Montgomery as a professional.

While Montgomery has yet to face an opponent with a winning record, he did face the best of the best as an amateur. Many of his losses, Golden Boy prospect Genaro Games in the 2014 US Nationals semifinals, or later that year to 2016 Olympian Carlos Balderas, were split decisions. Montgomery showed his class in multiple victories over 2016 U.S. Olympic qualifiers champion Bruce Carrington, and winning the National Golden Gloves in 2014 and 2016.

Among those he faced early in his amateur career was Edgar Berlanga, who has now grown into an undefeated super middleweight. Montgomery won by disqualification in their 2012 meeting in Alabama, awarding Montgomery his first Junior Olympic national championship, and qualified him to compete overseas on the U.S. national team.

“I was up by a point going into the third round and they ended up DQ’ing him because every time we got into an exchange he would drop his head,” said Montgomery.

Montgomery comes from a boxing family. His father, Michael Montgomery Sr., was a professional boxer back in his native New York, but had given up the vocation to provide a more steady life for his growing family. Montgomery Sr. walked in one day and saw his children playing a boxing video game and asked them if they’d like to try it for real. Three of his sons are now undefeated pros: featherweight Mikhail Montgomery (3-0, 2 KOs) won at the same venue the night before Maliek’s fight, knocking out Marcos Rodriguez in two rounds, while welterweight Michael Montgomery Jr. is a 3-0 pro, but hasn’t fought since 2019.

Maliek was 12 when he started boxing, but kept busy with academics and scholastic sports, competing in football, track and field, cross country running and wrestling. It wasn’t until he made it to the 2012 National Police Athletic League Championships at age 16, finishing runner-up to Kenneth Sims Jr., that he saw boxing as a future he could stick with. 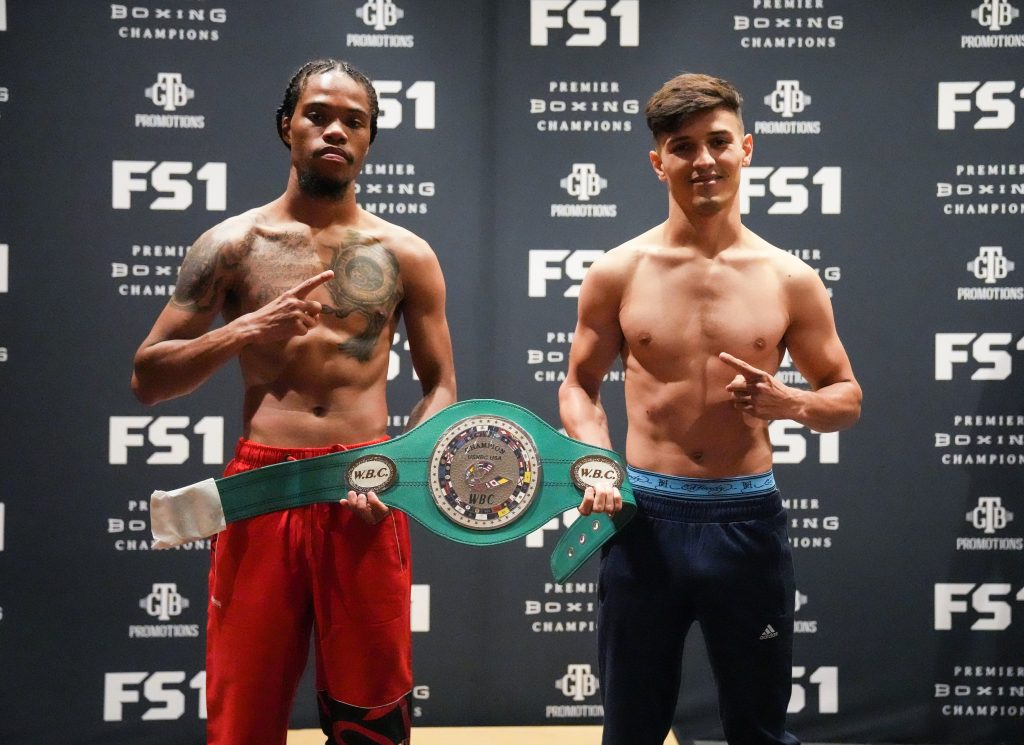 Boxing was a welcome distraction growing up in Macon, a city where it’s easy to be led astray.

“It was tough growing up in Macon because there’s not much down there. It’s easy to get in trouble,” said Montgomery.

“We were blessed to have two parents who were able to push us down the right path, plus I had my brothers, we always looked out for each other. That was part of our upbringing, just being able to navigate through the negatives and thrive off of the positive.”

Montgomery is now based in Las Vegas, where he trains with Kenny Porter, the father of former welterweight titleholder and top 147-pound contender Shawn Porter. That connection has enabled him to spar many rounds with Porter, an experience he describes as “once in a lifetime.”

There’s no timetable yet for Montgomery to step up and face the top 126-pounders, as he says he is content to let his career play out and then listen to the advice of his trainer about when he’s ready. For now, his main focus is on Jumakhonov.

“I don’t know much about him, I’ve seen a couple of his fights, recent and old, and it’s just a nice step up for me in my career and where I’m trying to go,” said Montgomery.

“It’s a big opportunity for me being that it’s my first televised fight. It’s my coming out fight.”