Judge admits he got it wrong, apologizes 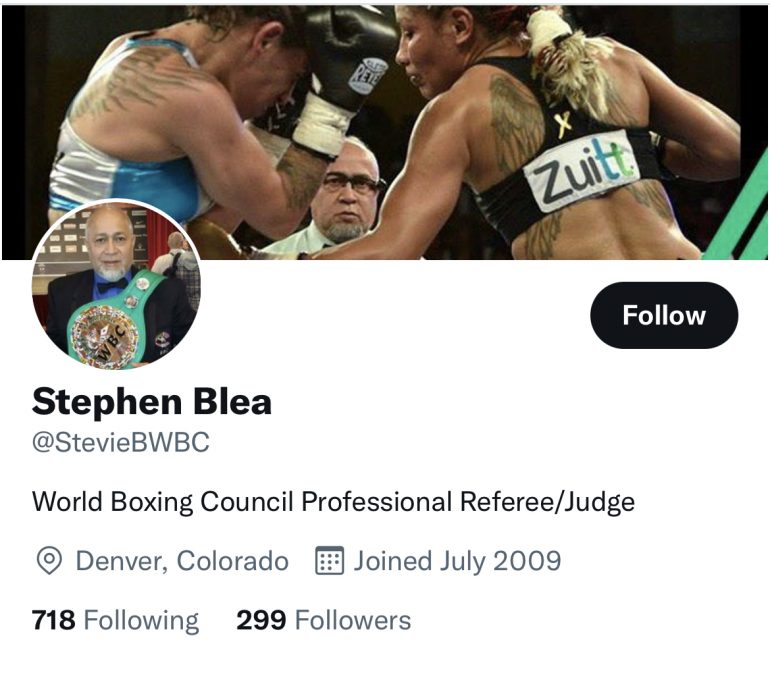 A friend forwarded me an emailed release from the WBC earlier today, which contained a mea culpa from one of the judges assigned to score the Oscar Valdez v Robson Conceicao contest which took place in Tucson, Arizona Friday (Sept. 10) night.

Valdez got ensnared in a controversy when he tested positive for phentermine, a weight loss accelerant. That news dropped August 31, and much debate occurred after, with many folks opining that the Mexican titlist should be punished harshly, and be removed from the Top Rank card. 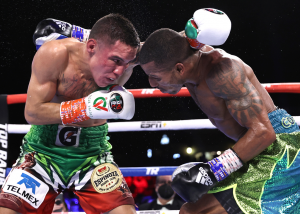 Blea realized after the fact that he didn’t give Conceicao enough credit, and shared some reasons why that was. (Photo by Mikey Williams for Top Rank)

The “show must go on” mindset prevailed, though, and Valdez kept his date with the Brazilian underdog Conceicao. Valdez retained his WBC super featherweight world title via unanimous decision (115-112, 115-112 and 117-110) at Casino Del Sol.

Damn right, I told him.

Yes, I’ll take it. The Blea mea culpa may seem small, but I’m resisting the impulse to critique and lapse into perma-cynic mode.

Here is the message from Mr Blea, a resident of the state of Colorado, who has judged fights for the WBC since 2003:

My name is Stephen Blea and this is an open letter which I have decided to write with regards to my scoring from last Friday night in the Valdez vs Conceicao fight in Tucson, Arizona, 10 Sept. 21.

I have been involved in boxing as a ring official both in amateur and professional field for more than 30 years. I have officiated over 60 championship title fights as a judge & referee in several countries of the world including Japan, Thailand, Korea, China, Russia, Mexico and the USA . I have Judged over 200 fights and Refereed over 500 Pro fights, with no controversy.

I have watched the fight and thoroughly analyzed it, the 117-110 score is not accurate and does not represent the actions in the ring and I feel I have let down my federation the NABF, my organization The WBC and most importantly our sport and the fighters inside the ring.

I would like to share my thoughts publicly on the specific conclusions I have reached important topics regarding judging in boxing:

Close rounds – There were a few very close rounds in this fight and I made two mistakes , 1) not to score 10-10 in 2 rounds I felt there was not a clear winner, 2) scoring those to the champion giving him the benefit in the close actions.

Crowd noise influence – It was a loud crowd in favor of Valdez , during the first rounds of the fight some actions took place in a corner in which I had limited view and couldn’t see some punches land by Conseicao and there was no crowd reaction, contrary to when Valdez landed . I was also dealing with photographer’s and camera men all crammed up due to the location of the Champion Valdez in the red corner to the left of me. (I was between the photographer’s on the left of me and camera crew to the right who at times bumped me and blocked and even stepped on my hands while going across the ring apron towards the Champs corner ) Considering these distractions I honestly thought I would be able to do my Job 100%, no excuses.

Getting Stuck on one fighter – I awarded 3 out of the first 4 rounds to Valdez , which is a combination of the above points I have outlined.

I have decided to reach out to my NABF / WBC ring officials committee to undergo a thorough training and review program and will not accept any championship assignments until I complete this process.

I am an honorable man with profound love, knowledge and respect to the sport, I am sorry for having a bad night and having brought unnecessary controversy to such a sensational fight.

One glaring problem dragging society down is a consistent lack of accountability for bigwigs, people in power, after they’ve screwed up. “The buck stops here” adage feels more and more out-dated with every passing year.

The blame game starts up all too often when a thorough and honest appraisal of self should result in transgressors admitting their error, taking responsibility and laying out specific paths to be taken to rectify a wrong or ensure another misstep doesn’t happen.

Blea did that, and he deserves heavy props, because that right there is really rare. Hopefully, this isn’t a one off, and instead the start of a positive trend.