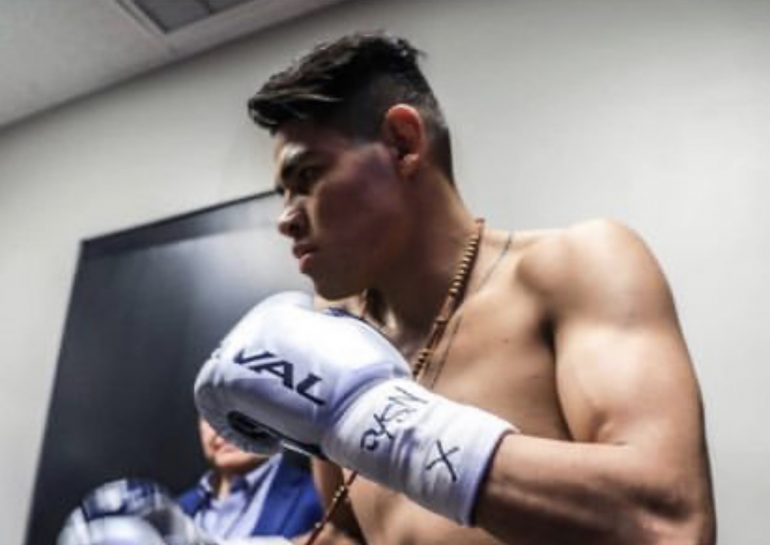 Emanuel Navarrete and Joet Gonzalez have an official site for their featherweight title bout.

Navarrete will defend his WBO 126-pound championship against Gonzalez on Friday, October 15 in San Diego from Pechanga Arena, the venue previously known as Valley View Casino Center from 2010-2018, in an ESPN+ streamed headliner from Top Rank.

BoxingScene.com’s Keith Idec was first to report the audible.

Navarrete (34-1, 29 KOs) and Gonzalez (24-1, 14 KOs) were initially slated to dance the following day but it was learned that Pechanga was unavailable. As a result, the bout was moved one day earlier.

This is a mandatory defense for the 26-year-old Navarrete, who hails from Mexico. Gonzalez, 27, of Los Angeles, will make his second title appearance and his first since October 2019, when he was blown out over 12 rounds by Shakur Stevenson, who won the vacant WBO 126-pound title.

Once Stevenson vacated the belt to move up to junior lightweight, Navarrete, a former 122-pound titlist, easily handled Ruben Villa to claim the title. Now he is set to make his second defense of the strap against Gonzalez.

Navarrete is on a 29-bout winning streak since losing a controversial unanimous decision to Daniel Argueta in July 2012 when he was a 112-pounder.

Gonzalez rebounded from his lone loss to Stevenson when he defeated Colombia’s Miguel Marriaga by unanimous decision in a 10-rounder last September in Las Vegas.

Navarrete most recently fought on April 24, when he defended his WBO title with a 12th-round knockout of Christopher Diaz