Junto Nakatani vows to be an improved fighter against Angel Acosta, calls out Julio Cesar Martinez 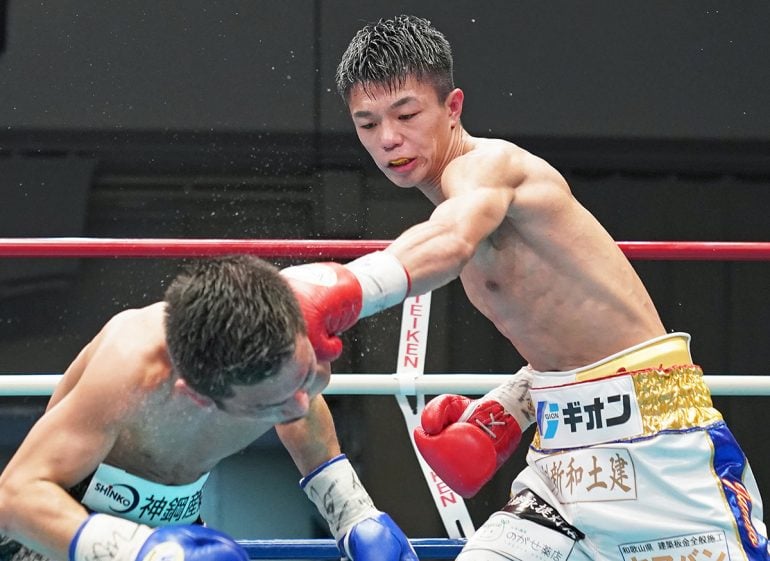 Nakatani, who is rated No. 4 by The Ring at 112 pounds, knows he will have to be careful against the Puerto Rican puncher.

“Acosta is a proven former world champ who has years of being one of the major players [in the smaller weight classes],” Nakatani (21-0, 16 knockouts) told The Ring through Hank Hakoda. “As his career record shows, Acosta’s main weapon is obviously his devastating punching power. He has a vicious and decisive left hook.

“This will be a fight where I really cannot afford to lose my focus. At the same time, I already have a blueprint of how I will fight him – out of range without getting punched – so I am confident I will be able to show you a good performance. I will try my best to score a KO victory over Acosta.”

The 23-year-old southpaw had to wait patiently for his world title shot. A bout against Giemel Magramo was postponed on several occasions but when it finally went ahead Nakatani made the most of it, scoring an eighth-round knockout.

The Japanese fighter is not one to rest on his laurels, however, and intends to continue improving as a fighter.

“I am putting in a lot of effort in my preparation based on key takeaways from the previous bout with Magramo,” he said. “I got homework from that fight. I could have demonstrated better defense at close range. Actually, my defense should have linked more smoothly with my offense. Although I hit him as well as I intended, I wanted to switch and move on to the offense from my defense more quickly.”

If all goes well, Nakatani would like to face his rival world titleholders in the not-too-distant future.

“I want to make a name for myself in the flyweight division through unification fights,” he said. “Among the reigning champions I am most interested in is WBC titleholder Julio Cesar Martinez.”

His trainer, the well-regarded Rudy Hernandez, likes what he sees from the young titleholder and feels he could be something special.

“I think he’s a very good fighter with discipline matched by very few,” said Hernandez, who has known Nakatani for eight years. “[Junto is] a 100-percent student in the gym. He has the talent and doesn’t limit himself as to what he can do. He’s completely focused on being a great fighter.”

Acosta, who is rated No. 8 by The Ring at 112 pounds, turned professional in 2012. He won his first 16 fights, all inside the distance, while ascending the ranks.

The San Juan native traveled to Japan in May 2017 and put up a game effort before losing a 12-round unanimous decision to then-WBO titlist Kosei Tanaka.

When Tanaka vacated, Acosta stepped in and won the vacant strap by stopping Juan Alejo in December 2017. He went on to make three defenses before being stopped, while ahead on the scorecards, by Elwin Soto (KO 12). The 30-year-old has since won two fights, taking his record to (22-2, 21 KOs).