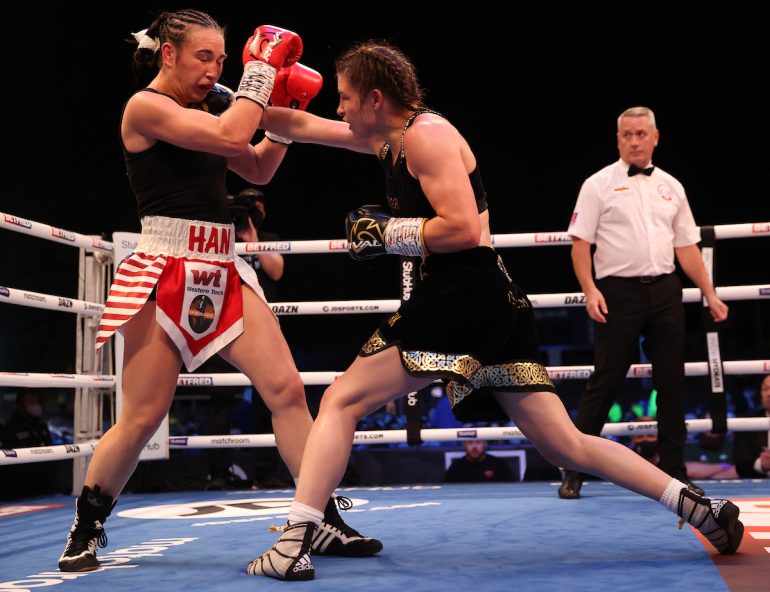 LEEDS, England – A brawl in the crowd was the only serious drama during the chief support bout.

Irish superstar Katie Taylor successfully defended her undisputed lightweight championship with a ho-hum 10-round unanimous decision over Jennifer Han at Headingley Stadium on Saturday. All three judges scored the bout 100-89.

Taylor, who captured the Ring Magazine championship in June 2019, was given credit for a flash knockdown in the eighth, courtesy of a quick flurry and maybe a front-foot clash, but Han was never seriously hurt in the contest.

Taylor was just a bit quicker, hit a bit harder and had too many tools for the American. However, the challenger performed amazingly well given that she’s not had a fight since February 2020 and gave birth just six months ago.

Read a pre-fight story which touched on the expectations for each boxer here.

The 35-year-old Taylor is rated by this publication as the finest female fighter in the world, pound for pound. This performance was far from vintage, but her record improves to 19-0 (6 KOs) and there are more big fights in her future.