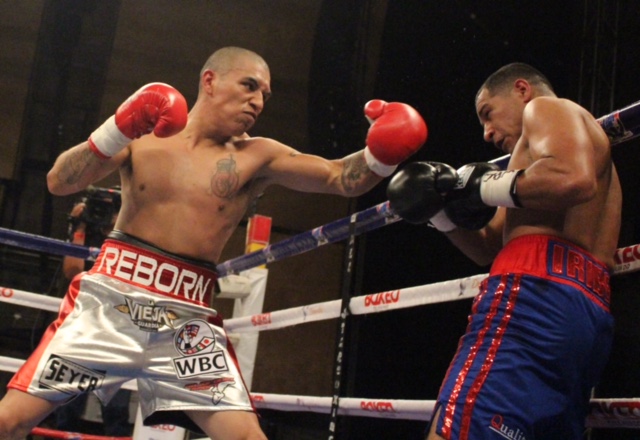 David Carmona and Jose Sanmartin have challenged elite fighters throughout the careers only to fall short in each fight. Another opportunity awaits the winner, which makes their clash that much more important.

Carmona and Sanmartin will square off Friday night at the Foro Viena in Carmona’s hometown of Mexico City. The 10-round bout will headline a three-bout telecast that will air live on Estrella TV in the United States and streamed worldwide on FiteTV (10 p.m. ET/ 7 p.m. PT).

The clash between Carmona and Sanmartin is a crossroads clash between a former two-time world title challenger and fringe contender. A victory could put the winner in future notable fights against other junior featherweight fighters.

Carmona (22-7-5, 9 knockouts) last fought on May 28, which also took place at the Foro Viena, defeating Belmar Preciado by unanimous decision. Carmona has challenged for a world title twice, both at 115 pounds, losing to then-WBA titleholder Khalid Yafai in May 2018 and to then-WBO titleholder Naoya Inoue.

The 30-year-old has only won two of his last seven fights.

Sanmartin (31-5-1, 20 KOs), who resides in Barranquilla, Colombia, defeated Ricardo Roman by unanimous decision in his last bout on December 17. He has won his last five bouts since losing by knockout to Emanuel Navarrete in June 2018.

In the co-feature, Diego Carmona (9-1, 8 KOs) of Mexico City will face Luis Enrique Ramos in an eight-round junior middleweight bout.

Opening up the telecast is an eight-round female fight between 105-pound fighters Monserrat Alarcon (15-4-2) of Mexico City and Tania Garcia (6-5).

Friday’s card is the latest installment of the monthly series promoted by Producciones Deportivas.