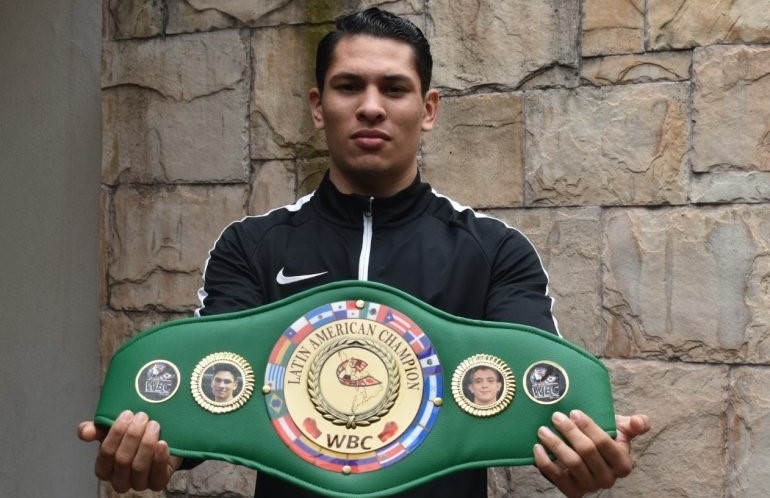 The lightweight prospect suffered his first loss as a pro Friday night, losing by knockout in Round 5 at the hands of Alberto Ruiz at Auditorio Blackberry in Mexico City.

Ruiz, who grew up in nearby Cuernavaca, improves to 11-2, 8 knockouts.

Valtierra (15-1, 8 KOs) had built an unbeaten record by defeating modest opposition in recent fights. In his previous bout on May 14, Valtierra, who resides in Leon, Mexico, knocked out former fringe contender Emanuel Lopez in Round 3.

The 19-year-old is promoted by All Star Boxing, which is run by Tuto Zabala Jr., who had plans of arranging a working visa for Valtierra to make his United States debut later this year. Those plans will likely have to wait as Valtierra will need a win or two to boost his confidence after Friday’s devastating knockout loss.

Ruiz defeated Eduardo Martinez by majority decision in his previous fight on May 29. Martinez entered the Ruiz fight undefeated since his pro debut.

The 28-year-old Ruiz dictated the pace from the opening bell, beating Valtierra to the punch. Valtierra did better the following round, landing a variety of punches that included lead left hooks to the body, followed by right crosses to the head. Both had their exchanges during the next two rounds, of which Ruiz got the better as they stood in the pocket in the center of the ring.

Sensing he was down in the fight or to put Ruiz on the defensive, Valtierra walked Ruiz down against the ropes, throwing combinations upstairs. As Valtierra was going to unleash a punch, Ruiz landed a lead left hook to the head, dropping Valtierra flat onto his back. Referee Laurentino Ramirez immediately stopped the bout at 39 seconds.

Ruiz, who trained for two months leading up to the fight, never took Valtierra lightly and successfully enacted the right game plan.

“We knew Valtierra was a very strong fighter,” said Ruiz, who is represented by former world champion Humberto “Chiquita” Gonzalez. “We knew it was going to be a difficult task but we studied him [on tape] and prepared well for this fight. I think we demonstrated the quality of our preparation and the result speaks for itself.

“I was worried about the referee warning me during the fight on some of the tactics. I just had to be careful and not go away from what we needed to do. This win means a lot because this is the start of something new for my career. The goal is to fight for and win a world title.”

Bantamweight Abraham Arreola battered David Escudero (0-2) before the fight was stopped at 2:07 of the fourth and final round. Arreola, who resides in Mexico City, improves to 2-0, 2 KOs.

In a clash of featherweights making their pro debut, Ezequiel Campos defeated Abraham Bautista by majority decision. One judge scored the bout 38-38 while the other two scored the bout 39-38 and 39-37 for Campos.