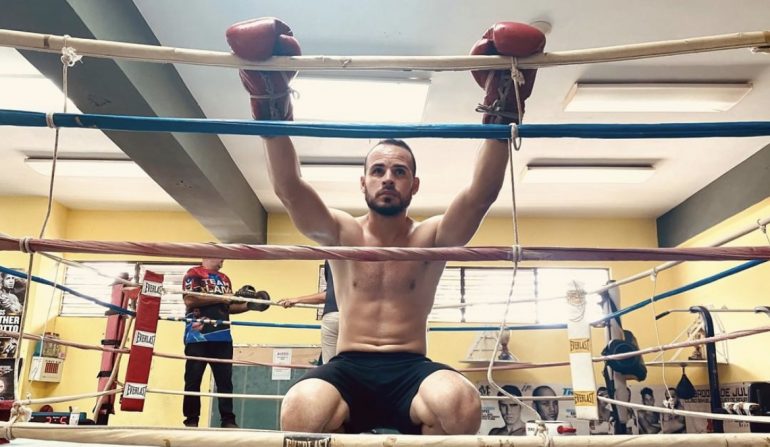 Yomar Alamo is on the cusp of facing the upper echelon of fighters at 140 pounds. He cannot afford a letdown during his Friday night clash against a hard-hitting puncher.

Alamo will square off against Adrian Yung at the Osceola Heritage Park in Kissimmee, Florida. The 10-round bout will air live on Telemundo (12 a.m. ET/ 9 p.m. PT). 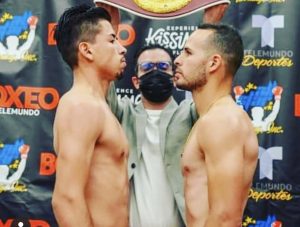 Friday’s clash will mark the latest chapter in the Puerto Rico-Mexico rivalry. It will also be the beginning of the ‘Boxeo Telemundo’ summer series, which is airing programs every Friday night.

Alamo (19-0-1, 12 knockouts), who resides in Caguas, Puerto Rico, has slowly emerging as a fringe contender after notching modest victories in the last couple of years. After fighting to a draw against Antonio Moran in October 2019, Alamo notched his best win as a pro thus far, defeating Kendo Castaneda by majority-decision on February 28 of last year. (Click here to watch that fight.) 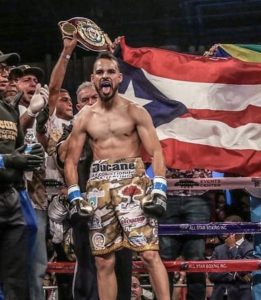 Promoter Tuto Zabala, Jr. believes an impressive performance from Alamo will open the door for him to face a top-10 contender later this year or in early 2022.

“We expect the fight between Alamo and Yung to be explosive,” Zabala told The Ring late Wednesday night. “Alamo is at the doorstep of a big fight in his career. (He) wants to maintain his unbeaten record and world ranking. Yung has a hunger to win and, in this very important fight, has said he wants to take advantage of this opportunity to take away Alamo’s unbeaten record.”

In his last bout on March 5, Alamo defeated Jesus Beltran of Mexico by unanimous decision.

Yung (28-6-2, 22 KOs), who resides in Los Mochis, Mexico, has not fought since February 22 of last year, when he stopped Jesus Rendon Salomon in round 5. The 28-year-old has won three of his last four bouts with the only blemish being a knockout loss to Luke Campbell in March 2019.

Junior lightweight prospect Otar Eranosyan (8-0, 5 KOs), who is originally from the country of Georgia and now resides in Miami, Florida, will face Jose Carlos Peña (32-3, 23 KOs) of the Dominican Republic in a 10-round bout. Tonight’s bout is a rematch of their January 30 clash, which Eranosyan won by knockout in round 4.

Jorge De Jesus Romero (20-0-1, 13 KOs), who is originally from Cuba and resides in Miami, will face former bantamweight contender Jesus Martinez (30-13-1, 15 KOs) of Colombia in a 10-round junior featherweight bout.

Amateur standout Luis Cabrera of Venezuela will make his pro debut against Mexico’s Carlos Jimenez (1-1-1) in a six-round lightweight bout.