Errol Spence Jr. will be back, vows his trainer Derrick James 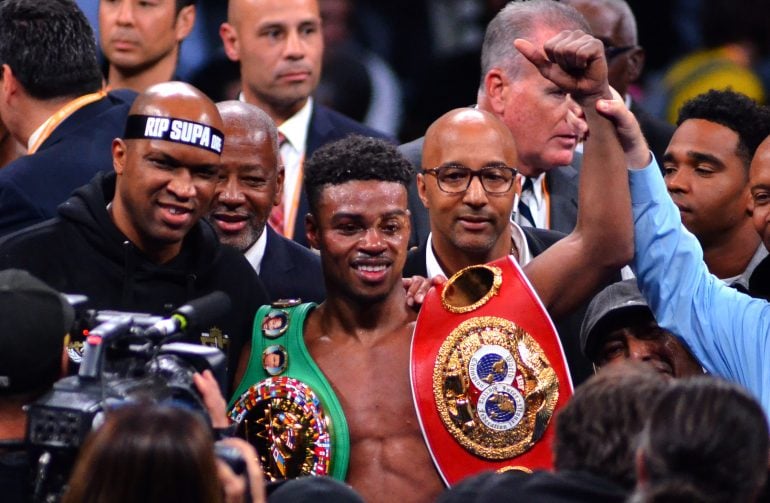 That Errol Spence Jr. had a retinal tear in his left eye came as much of a surprise to Derrick James, Spence’s trainer, as it did to anyone Monday afternoon when Team Spence first found out about it after a pre-fight medical exam.

Spence (27-0, 21 knockouts) was supposed to fight future Hall of Famer Manny Pacquiao (62-7-2, 39 KOs) for The Ring welterweight world championship next Saturday, August 21, at the T-Mobile Arena in Las Vegas.

Spence is scheduled to undergo surgery on Wednesday.

“I just found out yesterday when we were in Las Vegas, where we were training. They found something on his exam. Errol never complained about it. It’s something (that was reported to the Nevada State Athletic Commission) during the licensing (exam).

“Like I said, I didn’t find out until Monday afternoon. Errol told me. That’s when I was told. I was at the hotel when I got the call. We don’t know anything about a specific time of recovery.

“Either way, Errol Spence will be back.”

Spence discovered that he had a torn retina during a pre-fight medical examination by one of Spence’s doctors for the Nevada State Athletic Commission in Las Vegas on Monday.

Spence and his team flew back home to Dallas, Texas, on Tuesday morning. He will undergo surgery to repair the tear on Wednesday. Spence is expected to make a full recovery and return to the ring.

According to most medical practices, it takes two to four weeks to recover before returning to your normal activities from retinal tear surgery.

“We discussed it and we’ve approved the fight.”