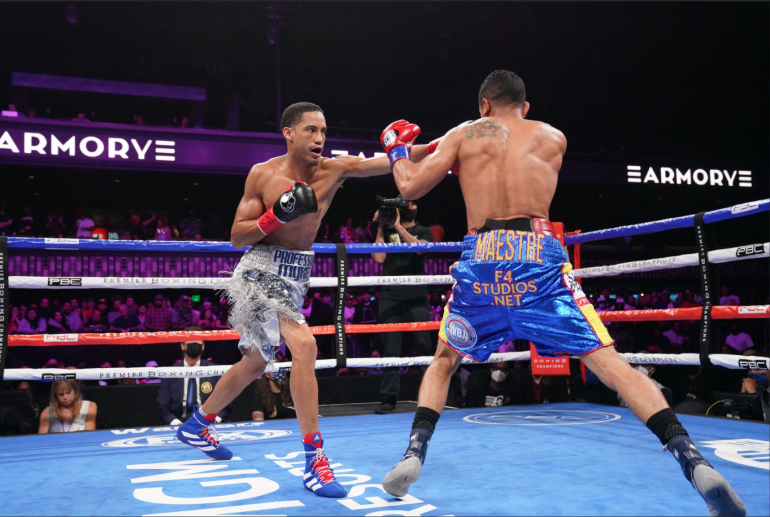 It took criticism from fans, media and boxers alike to finally elicit a response from WBA president Gilberto Mendoza regarding Saturday night’s bogus decision in the fight between junior welterweights Mykal Fox and Gabriel Maestre.

It was not the holiday season or his birthday, but Maestre received a gift from the three judges sitting ringside, winning a unanimous decision at The Armory in Minneapolis, Minnesota. The decision brought a cascade of boos from the crowd and criticism from those watching the fight on FOX.

Mendoza did not specifically mention Martinez’s scorecard in a post to his social media accounts, but stated an investigation would take place, and that he would interview all three judges regarding their scorecards.

“The review of the fight was ordered immediately,” stated Mendoza. “Based on the preliminary scorecards received indicates a direct rematch could be ordered. The judges, were also accepted by the Minnesota Commission, will be interviewed individually.

Martinez, who is originally from Nicaragua, is married to Ricardo Rizzo, an executive within the WBA and a friend of Mendoza. Martinez also has a Twitter account (that has since been deleted) where she made racist statements regarding Black people, including former First Lady Michelle Obama, whom she called a “monkey” in a tweet last August.

Fox (22-3, 5 knockouts) of Upper Marlboro, Md., is Black. Fox responded to the tweets, saying “I was never gonna win on her card.”

THREAD: Here is a selection of racist tweets from Gloria Martinez Rizzo, the judge who scored tonight’s fight between Gabriel Maestre and Mykal Fox 117-110 for Maestre.

She also seems to have a physical attraction to Trump, and disputed election results before joining Parler. pic.twitter.com/JwvGbYBkbF

In 2019, Martinez was named the WBA ‘Female Judge of the Year’ for her “discipline and perseverance.”

The fallout from the decision in the Fox-Maestre fight is not the first time Mendoza has addressed controversy in a recent fight. Mendoza suspended judge Carlos Sucre after he tabulated a 117-111 scorecard for Juan Francisco Estrada in the highly-anticipated rematch against Roman ‘Chocolatito’ Gonzalez on March 13. The fight was close, but many thought Gonzalez did enough to win the fight.

No word on exactly when Mendoza or the WBA would begin interviewing the judges or if a rematch will be held between Fox and Maestre.