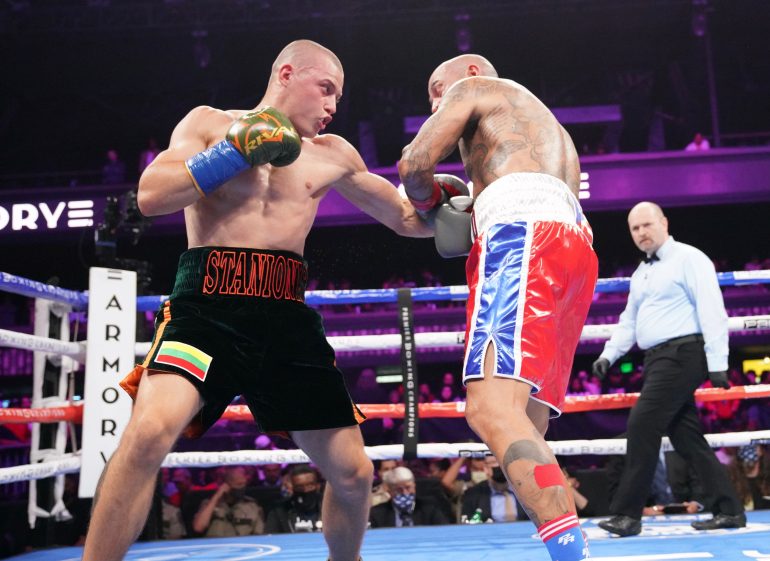 In the battle of rising star vs. old warrior, nobody came out as the victor.

An accidental clash of heads opened up a nasty cut around Collazo’s right eye that left the 40-year-old unable to continue.

“He was coming into me and I wanted to show that I’m strong too and I could fight him off,” said Stanionis. “It didn’t feel like a big collision, but it must have been worse for him.”

Collazo seemed to hint that he was going to retire after this fight.

“We were both coming in at the same time and that led to the clash of heads. It happens a lot,” said Collazo.

Referee calls time due to an accidental headbutt during the final 30 seconds of RD4! #PBConFOX #StanionisCollazo pic.twitter.com/MqlEwVj4me

The scheduled 12-round main event took place at The Armory in Minneapolis, Minnesota.

In round two, Stanionis (13-0, 9 KOs), a 26-year-old Lithuania native training out of Oxnard, California, who collected his fifth knockout in his last six contests, ripped his man nearly exclusively with straight right hands in the middle portion of the round. And Collazo had no answer.

Stanionis, who won a gold medal at the 2015 European Championships as a welterweight, connected with nearly 50 percent of his punches by the third frame. As a result of his success, Collazo, known for his tendency to get cut, had serious swelling under his left eye.

Collazo was ironically damaged in round four when both fighters accidentally bashed heads, which opened up a cut around his right eye. Upon the advice of the ringside physician, referee Charlie Fitch called a halt to the fight.