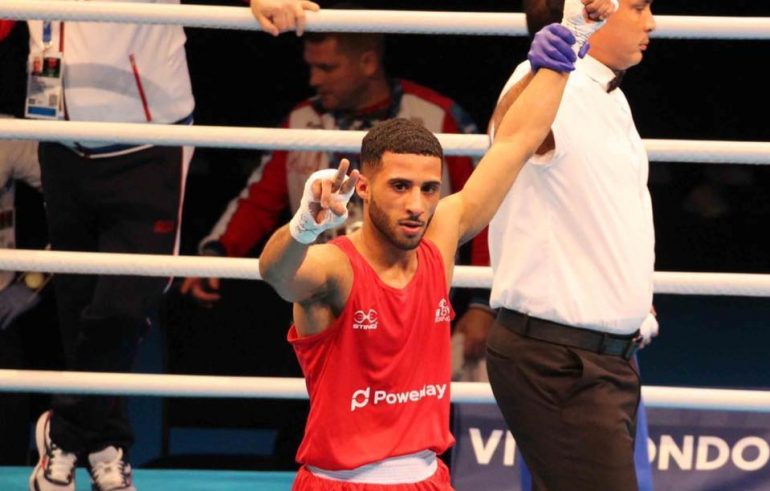 Galal Yafai finished what his older brother started, winning the men’s flyweight gold medal at the Tokyo Olympics on Saturday, August 7 at the Ryōgoku Kokugikan.

The 28-year-old from Birmingham, England knocked down Carlo Paalam of the Philippines with a straight left midway through the first round, and then put on enough smothering pressure in the first two rounds to coast to a victory with a safety first third round.

Paalam, 23, of Cagayan de Oro City, Philippines never stopped throwing, wobbling Yafai briefly with a left hook in the third round, but was unable to score the knockout he needed in the final round.

Yafai’s older brother, former WBA junior bantamweight titleholder Kal Yafai, had competed at the 2008 Olympics, making it to the round of 16 before losing to Cuba’s Andry Laffita. The younger Yafai, who had earned a bronze at the 2019 European Games and a silver at the 2017 European Championships, was able to get a modicum of revenge, defeating Cuba’s Yosvany Veitía, the 2017 world champion, in the quarterfinals.

Paalam, who grew up in abject poverty, scavenging on the streets and landfills to make extra money as a child, had also turned heads in the quarterfinals, defeating the defending gold medalist Shakhobidin Zoirov of Uzbekistan in what was considered a major upset.

“The silver medal symbolizes what I went through because when I was a young boy, I was a scavenger and I collected junk and garbage. I know this medal is made out of recycled materials. I can identify with this medal because this is also made from waste material and garbage,” said Paalam.

Paalam’s performance drew praise from Manny Pacquiao, the Philippines’ greatest boxing hero, who tweeted, “You fought a good fight! We are proud of you.”

Great Britain has one last gold medal match to compete in, with Lauren Price set to face China’s Qian Li in the women’s middleweight final on Sunday.

The Philippines managed their best ever showing at the Olympics, with both Paalam and women’s featherweight Nesthy Petecio earning silver, and men’s middleweight Eumir Marcial bringing home a bronze. Though eight of the country’s 14 total Olympic medals have come from boxing, the Philippines has still yet to bring home an Olympic gold in boxing.