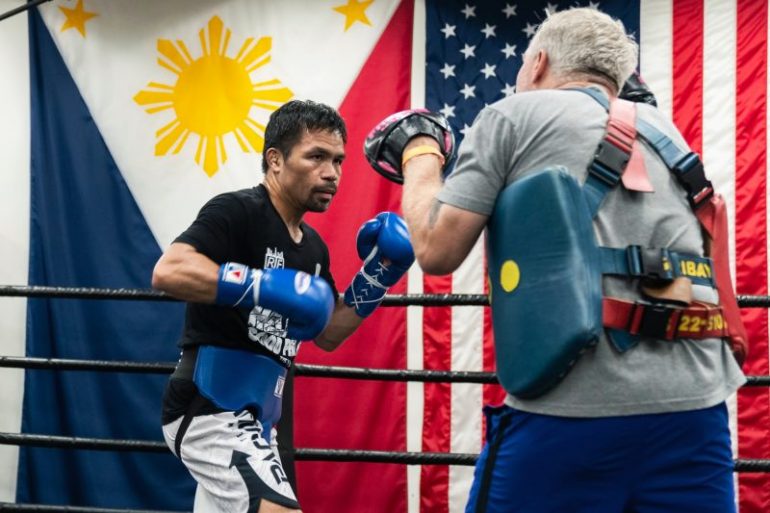 Manny Pacquiao is mere weeks away from what could potentially be the final fight of his legendary career. If that is indeed the case, win or lose, “Pacman” is going out against one of boxing’s best, The Ring’s No. 1-rated welterweight, Errol Spence Jr., in an all-southpaw fracas. 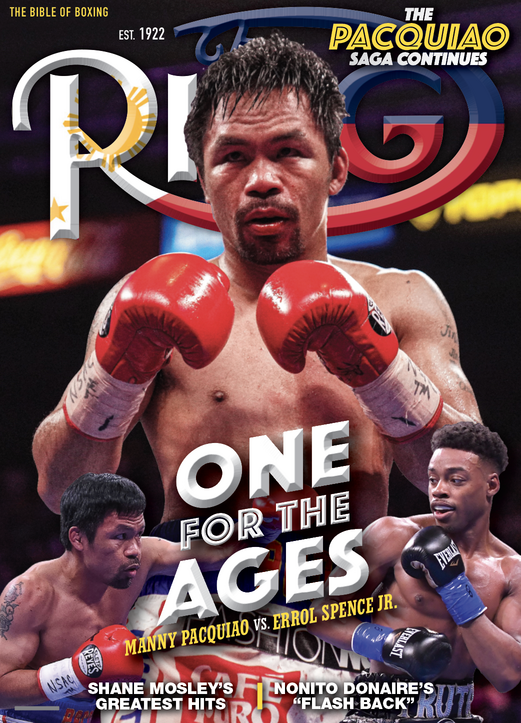 Purchase the September 2021 issue of Ring Magazine now at The Ring Shop.

The high-stakes battle, for the vacant Ring Magazine title and Spence’s WBC and IBF belts, will headline a FOX pay-per-view event Saturday, August 21, at T-Mobile Arena in Las Vegas.

The 42-year-old Pacquiao (62-7-2, 39 KOs) is fighting for the first time in two years. The eight-division world titleholder handed Keith Thurman his first pro loss in a 12-round split decision to capture the WBA “super” welterweight belt in 2019.

Like he did against Thurman, the Philippines’ Pacquiao is promising to put Father Time on the back burner against the unbeaten Spence (27-0, 21 KOs), 31, of Desoto, Texas. However, the unified titleholder is the bigger, taller, and younger man. Furthermore, Spence has one of the best jabs in boxing, a punch that will certainly be in play against Pacquiao, who will have to work his way inside of that long jab to have any chance of victory.

But despite his age and recent inactivity, Pacquiao, The Ring’s No. 3-rated welterweight, still believes he has two key advantages that will swing the tide in his favor.

“I’m expecting a good fight. Spence is an aggressive fighter and I know that we can create a lot of action in the ring for all of the fans watching. I have lots of advantages in this fight. My speed and power, along with my strategy and experience, are all advantages for me. It’s been two years since I’ve been in the ring and it was good for me to have that rest. It helped my body and my mind a lot. This time around, I’m as excited as ever and feeling like I’m young again,” Pacquiao said at Wednesday’s media workout.

“I could have fought several easy opponents. I picked the best opponent because I want to add more to my legacy and accomplishments. I have to prove that I’m not done yet. We have a strategy that we know how to use against a southpaw. He wants to fight toe-to-toe and that’s going to be to my advantage. We’re prepared for anything. If he wants to use his reach advantage instead, we are ready.”